Consultants: If Lawrence doesn’t diversify its economy, it could become unaffordable for many people | News, Sports, Jobs 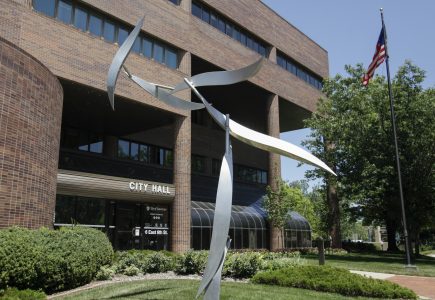 If Lawrence doesn’t attract more kinds of businesses, it could become a bedroom community that’s not affordable for people who don’t commute elsewhere, according to an economic analysis that city leaders recently commissioned.

In June, the city hired the economic consulting firm Ernst & Young to help create the city’s first economic development strategic plan. The consultants and the city recently completed the first phase of that process, an approximately 100-page report that includes community survey results, an analysis of various elements of the city’s economy and a summary of the city’s economic weaknesses, strengths and opportunities. As part of the analysis, consultants identified 18 top factors that affect the city’s economy and compared Lawrence’s performance in those areas with 39 “benchmark” cities, all of which have populations between 100,000 and 250,000 and are located within 500 miles of Lawrence.

The executive summary of the report says that Lawrence is doing well in many regards, but that the economy is not working for everyone and that there are reasons to be concerned about the city’s economic sustainability.

Though the city is growing in population, the report says it is also becoming more expensive to live in Lawrence, which is leaving many residents behind. The economy is also highly concentrated in a few areas — education, entertainment and retail — and doesn’t have many different kinds of businesses. The report says that makes Lawrence less resilient to economic disruptions, and it also makes it difficult for the city to provide high-quality services at a price residents can afford.

Mayor Jennifer Ananda said what stood out to her about the report is that the lack of diverse employers contributes to various community ills, including low incomes, economic equity issues and the ability to afford housing.

“I think the need for business diversity within our community is clearly a hurdle and a barrier to thriving economically for all our residents,” Ananda said. “Those two, I think, are intrinsically intertwined.”

Lawrence doesn’t have many opportunities for high-paying jobs, despite the fact that the city has a highly educated population, the economic analysis found. And one big reason for that is that the city’s economy doesn’t have a wide variety of businesses.

The analysis shows that while Lawrence residents are the most educated among the 40 benchmark cities — with 56% of residents over 25 having at least a bachelor’s degree — the city ranks 30th among them for industry diversity, which measures the mix of different types of businesses in a community, including retail establishments, government employers, manufacturers, professional services and others. The local economy is dominated by educational employment, with the University of Kansas being the largest employer in Lawrence and Haskell Indian Nations University and the Dwayne Peaslee Technical Training Center also contributing. The other two dominating industries are the entertainment industry and retail.

This lack of industry diversity in Lawrence contributes to more limited career opportunities, below-average wages and vulnerability during economic shocks, the report says. And the consultants said this vulnerability has been clearly visible during the COVID-19 pandemic, which severely impacted all three of Lawrence’s largest employment sectors. Without more diverse jobs, living in Lawrence could become too expensive for those who don’t commute to higher-paying jobs in other communities, the consultants said.

“A primary threat facing Lawrence is that the city becomes primarily a bedroom and retiree community — with most residents working outside the community or not at all,” the report states. “This situation could acerbate inequalities and make the city even more expensive, as the tax burden shifts further to residential and those working in health care, government, and other areas are forced to live outside the community.”

The report says there are signs of this trend already: About 53% of employed Lawrence residents work outside the city, and those who don’t commute for work have significantly lower incomes than those who do.

These differences could affect who can afford to live in Lawrence.

According to data from the U.S. Census Bureau, the median price of a house in Lawrence in 2018 was about $210,000. And while that figure is 10% less than the national median home price, local median wages are nearly 40% lower than the national median. Looked at another way, median home prices are 4.3 times greater than median wages nationally, but 6.4 times greater in Lawrence. Among the 40 examined benchmark communities, only Manhattan has more expensive housing relative to local wages.

In addition, the report says that because the city’s business community is dominated by educational institutions and retailers, residents shoulder more of the community’s tax burden than in many other cities. As a result, providing high-quality city services and amenities often leads to increased taxes and charges for those services, making the city less affordable.

Like Ananda, Commissioner Lisa Larsen said she saw the limited employment sectors in Lawrence as a key issue for the city to concentrate on. Larsen said the experiences of other cities have shown that heavy reliance on one or a few industries can have negative effects.

“It can decimate your community if you’re not diversified,” Larsen said. “I feel really strongly that we need to concentrate on that, and I think we have some great opportunities to do that.”

Other issues identified in the report include racial disparities in income, the low availability of high-speed broadband access and the perception among some businesspeople that the city is unfriendly to businesses.

But the report didn’t just focus on what the city struggles with. It also identified several of Lawrence’s strengths and some specific opportunities that Lawrence could take advantage of. Those opportunities include more research, more tech start-ups, and business opportunities related to Haskell and the city’s Native American population.

Ananda said the city tends to focus on its challenges, but that the things the city is doing well and the opportunities it has to improve are also a big takeaway from the analysis.

“I think that there are a lot of areas in which Lawrence is doing well, which is really nice to hear,” Ananda said. “I think that sometimes we can get so focused on our challenges that we fail to also acknowledge what we are doing well.”

Strengths identified in the report include the city’s two universities and its highly educated population; the concentration of research facilities through KU and the Bioscience & Technology Business Center; and the city’s culture, character and robust local food and restaurant industry.

The consultants say those and other characteristics can help Lawrence attract more high-paying jobs.

Based on those strengths, the consultants identified various economic opportunities for Lawrence. Those include the potential to be a center for tech startups or other kinds of entrepreneurship; an opportunity to grow businesses related to the city’s Native American population and connections to Native communities across the country; and an opportunity to use the overall quality of life to attract more freelance workers to the city.

The analysis highlighted the high concentration of research occurring in Lawrence. Among the 40 benchmark cities, Lawrence ranked third for its concentration of university research and development expenditures per capita. Local post-secondary institutions also produce many sought-after graduates in science, technology, engineering and mathematics (STEM), with Lawrence ranking the sixth-highest for STEM graduates among the benchmark communities in 2018. Given those assets, consultants say Lawrence has the potential to become a major center for technology and new business creation.

When it comes to realizing that potential, Larsen said the city’s role should be to support organizations such as the BTBC and Peaslee Tech, as well as to ensure the infrastructure that businesses need is in place. She said those investments will help bring innovation and jobs to the community.

“I’m a real big believer that cities and governments don’t create jobs,” Larsen said. “What our job is to do as a city is to provide the infrastructure so that our businesses can thrive — so that our community is attractive to pull in those businesses and industries that want to come here.”

Ananda said she thinks the city hasn’t fully taken advantage of some of its assets, including its arts and culture industries and opportunities related to KU and Haskell. She noted that a conference space has been a topic of discussion for as long as she’s been on the commission, and that the report could justify giving that more focus.

“As we’re talking about research and the educated nature of our community, those things go hand in hand,” Ananda said. “And I don’t believe that we have fully taken advantage of the opportunities and resources that are available through our universities, particularly Haskell.”

The report, informed in part by focus groups and other local input, includes drafts of long-term economic development goals for Lawrence and short-term strategies that the city and its economic development partners could work on over the next five years to attain those goals. As currently drafted, the broad goals are to diversify the economy to strengthen the tax base, spur entrepreneurship and offer expanded career pathways; to create policies, programs, and partnerships that enhance the character and culture of the community; and to make intentional and innovative investments to make the economy more sustainable, connected and inclusive.

Those goals and the short-term strategies to attain them may change as the process goes forward.

After collecting feedback from the commission, city staff, economic development partners and the community, the consultants will update those recommendations at the end of November. The consultants will also provide additional guidance for city commissioners as they consider the recommendations, finalize the economic development strategic plan and begin implementation. 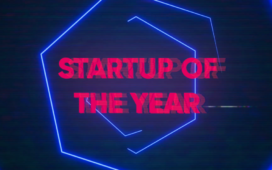 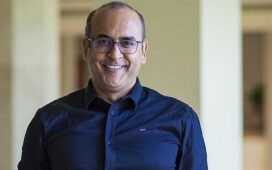 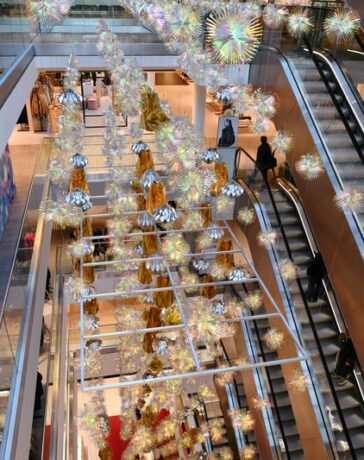