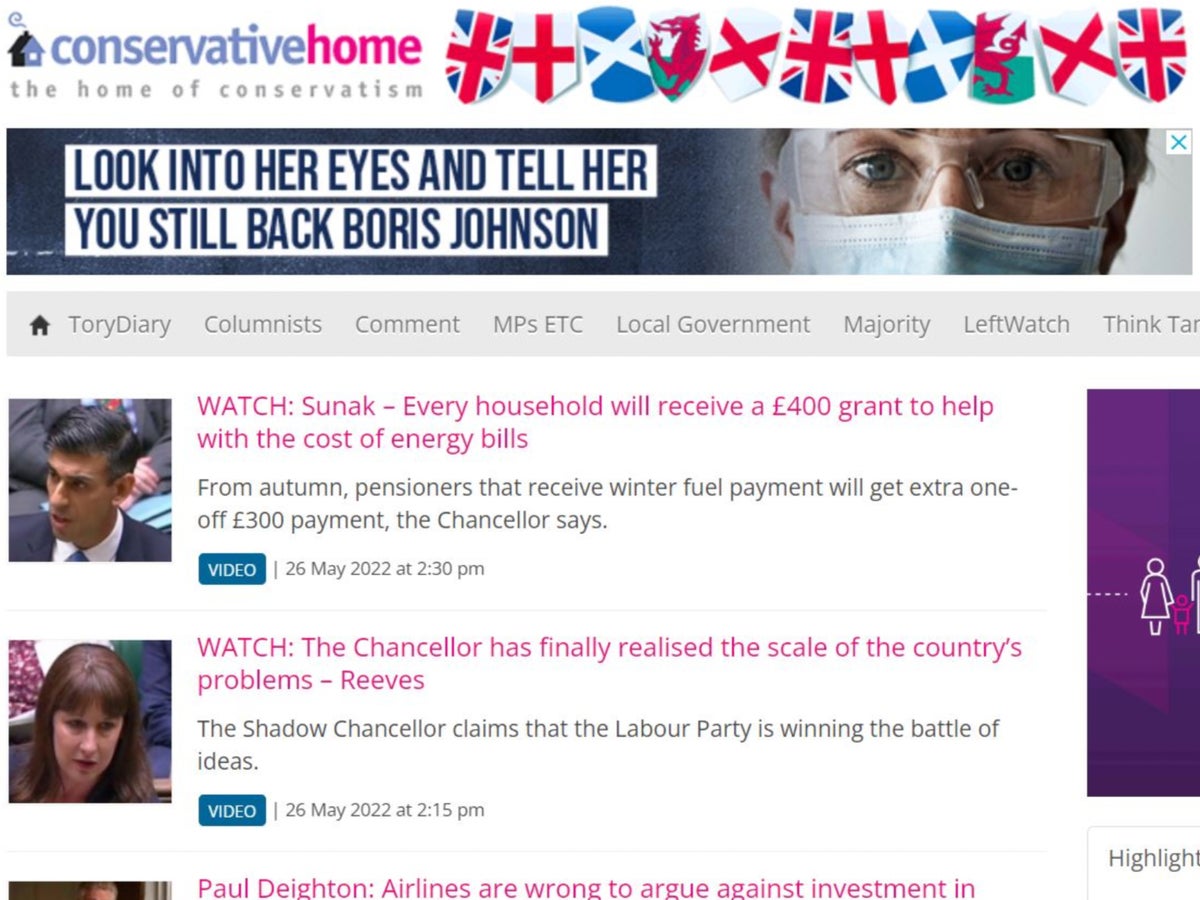 Readers of Conservative Home , a news and analysis blog popular with grassroots members, were on Thursday met with a wall of advertisements attacking the prime minister following the damning Sue Gray report which detailed parties at Downing Street during a nationwide lockdown.

The advert featured a medic wearing protective eyeware and a mask, and asks: “Look into her eyes and tell her you still support Boris Johnson.”

It is unclear if the editors of Conservative Home were aware in advance the adverts would be running, but the site’s chief executive, Mark Wallace, appeared unfazed.

He tweeted: “Even the @UKLabour Party agrees that advertising on @ConHome is the best way to reach the most influential political audiences.

“Adverts (from all sorts of clients) help to make our top-flight independent journalism possible.”

The adverts led some to suggest that Labour was effectively funding its political opponents, although Mr Wallace noted his site was independent of the Conservative Party.

The Labour stunt comes as the backlash continued on Thursday against Mr Johnson following the damaging revelations of the Partygate controversy.

Four Tories have gone public with their demands that Mr Johnson resign since the publication of the report which laid bare the extent of raucous behaviour in No 10 at a time when millions were forced to cut off contact with loved ones during coronavirus lockdowns.

Mr Hammond said he “cannot and will not defend the indefensible” and indicated he had sent a letter of no confidence to the Tory backbench 1922 Committee.

“All I can do as a backbencher is speak out and submit a letter,” he said.

Conservative Home is independent of Conservative Party but describes itself as championing “the interests of grassroots Tory members” and says that it argues for a “broad conservatism”.