Sales of internal combustion engine cars in 2018 are unlikely to be surpassed in any future year, as demand in the world’s three largest markets stalls and carmakers seek to ramp up production of electric cars.

“We will probably see the peak of combustion engine car sales in 2018 based on global sales through October, plus estimates for November and December,” said Felipe Munoz, global automotive analyst at Jato Dynamics, a supplier of automotive data.

“At the beginning of the year we had a more optimistic perspective for the global market. This has changed in the last six months.”

That idea that combustion engines would be displaced by “zero emission” technology has become mainstream in recent years, but predictions at the start of 2018 generally held that demand would keep growing until 2022 or later.

However, the global car market in recent months has been characterised as “disastrous” by one analyst and a “nightmare” by another, owing to the US-led trade war, Brexit, financing issues among Chinese consumers, the embargo on Iran and new emissions targets in Europe.

Although 2018 sales are likely to be slightly higher than a year before — Moody’s is projecting growth of 0.2 per cent to 95.5m — demand has been shrinking since the summer in the three biggest markets, namely China, the EU and the US.

“When you look at 2018 since the summer, new car sales in all of the important markets are going down,” said Axel Schmidt, global automotive lead at Accenture. “Selling combustion engine cars to customers — this will not grow in the future.”

Evercore ISI is projecting total sales to fall by 0.6 per cent in 2019, while Morgan Stanley sees a 1 per cent fall in automotive production, which would be the first decline in nine years.

A cyclical peak in car sales is different from an all-time peak. What makes the present situation unique is that even if overall car sales pick up slightly in 2019 or 2020, electric cars are predicted to grow fast enough to shrink the portion of combustion engines sold.

Under Moody’s projections, global car sales will grow by 1.2 per cent in 2019 to 96.6m cars. Electrified vehicle sales are expected to grow by 1.5m units next year, according to AlixPartners, a consultancy. That would be 1.6 per cent of added market share next year — which implies the pie will shrink for combustion engines.

“‘Peak ICE’ — peak internal-combustion-engine car sales globally — may already have occurred with the ending of 2018,” said Elmar Kades, global co-leader for automotive at AlixPartners. “It’s this slowing growth of the overall pie that the industry should be most concerned with, even as it has to grapple with — and pay for — the continuing switchover to electric vehicles.”

In China, the world’s biggest car market, growth in the market for combustion engine cars has already stalled, while demand for electric cars is accelerating. In the first 10 months of this year, petrol car sales in China fell to less than 18m from 18.7m in the same period a year ago, according to Jato. Alternative-fuel car sales, by contrast, nearly doubled from 405,000 to 793,000.

China is the wild card for whether the combustion engine will grow in 2019. Barclays projects Chinese car sales will rebound by 4.7 per cent, which could be enough to extend global sales of combustion engine cars. But the forecast is predicated on government stimulus that most analysts no longer expect.

“With no stimulus, we present a bear case of -5 per cent and a worst-case scenario of -15 per cent,” Barclays analysts said. 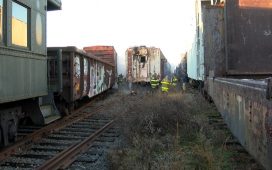 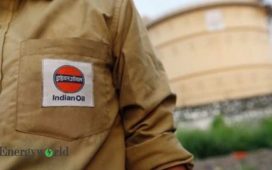 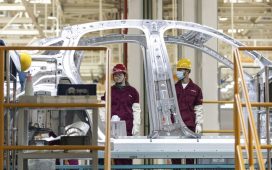 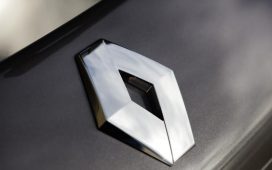 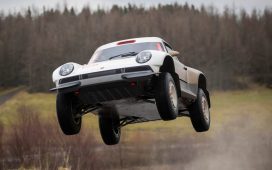 Lost a job? How to pay taxes on unemployment benefits