The Holy Grail, or Holy Chalice, is one of the most sacred and sought after objects in both the Christian religion and Arthurian legend. When talking in the context of Jesus Christ, it is the cup that he drank from in the Last Supper before being brutally crucified; the cup was also used to collect his blood during the gruesome event. Through the years, opinions have differed on what exactly the Holy Grail was.

Some believe that it was a written document, while others claim it represented the womb of Jesus’ Mother, Mary Magdalene.

Researchers and enthusiasts have searched high and low for the elusive cup, with several contenders around the world, like the goblet of the Infanta Dona Urraca, housed in the Basilica of San Isidoro in Leon, Spain.

Academics have also tried to decipher what happened to the cup directly after Jesus’ death.

It wasn’t until around 500 AD that a pilgrim described what is now thought to be the Holy Grail in the Church of the Holy Sepulchre in Jerusalem.

Christianity: The HolyGrail’s disappearance during a lengthy spell was potentially solved (Image: GETTY)

The time in between this period was explored during the Smithsonian Channel’s documentary, ‘Secrets: The Holy Grail’.

The meal Jesus had with his disciples in Jerusalem before the Romans arrested him was a moment of extraordinary significance for Christians, and the Grail was used to make the first ever communion.

Professor James D Tabor from the University of North Carolina at Charlotte, told the documentary: “When you think of the Last Supper, there’s only one object that’s mentioned, there’s this reference to ‘the cup.'”

Many, like Robert Griffiths Jones, a church leader, believe that an object as significant as the cup would have been preserved by the disciples for posterity.

Goblet of the Infanta Dona Urraca: Some believe this cup is the true Holy Grail (Image: GETTY)

He said: “They would have wanted to keep hold of something which was a testimony to their friend, who that very same night had been betrayed and killed.

Yet, even if this is the case, what happened to the cup after the fateful night in 30 AD remains a mystery.

Prof Tabor thinks it stayed right where it was, and that the Last Supper house became a meeting place for the new Christian movement.

He said: “They started using it for an assembly, so this is someone with considerable resources that essentially turns his private home over to the movement and they stay there for the next 40 years.

“And so it’s venerated, it’s remembered by them.

The Pope: Pope Francis celebrates the Eucharist during a Holy Mass (Image: GETTY)

“They wanted to be in the same space and they wanted to have the feeling that we are in this sacred and holy place.”

Early Christians claimed they could feel closer to Jesus by being in the very room they believed he held the Last Supper.

Prof Tabor believes they even displayed objects in the room relating to Jesus.

He said: “You could see artefacts.

“You could see the room where Jesus washed the disciples’ feet.

“They began to collect things together so it was almost like a kind of primitive museum.”

While the disappearance of the Grail between 30 AD and 500 AD may be solved, its whereabouts today are unknown.

Jerusalem: The Church of the Holy Sepulchre is located in Jerusalem’s Old Town (Image: Express Newspapers)

Alongside the Basilica of San Isidoro, Montserrat Abbey north of Barcelona also lays claim, as well as several other places.

Others believe it is located in Glastonbury in England, Somerset.

According to some historical sources, the Knights Templars discovered the Holy Grail at the Temple in Jerusalem during a campaign.

They then took it away and hid it.

Many literary works have since portrayed the Grail as possessing miraculous healing powers, akin to those held by Jesus.

The cup: An artist’s impression of Jesus with the cup in front of him (Image: GETTY)

The quest for the Holy Grail first made its way into written text in Chrétien de Troyes’s Old French unfinished romance, the Conte del Graal (‘Story of the Grail’), or Perceval, which was written around 1180.

Later, Robert de Boron further specified its Christian significance in around 1200 AD in his poem Joseph d’Arimathie, citing the Holy Grail’s origins at the Last Supper and Christ’s death.

The idea of the Grail became a hit during the medieval period, with stories read and recited about it throughout Europe. 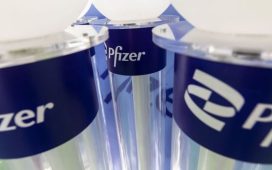 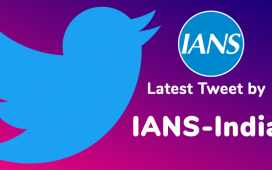 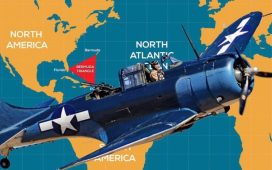 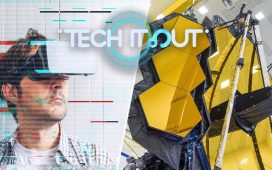