President Biden’s pledge to fix the chip shortages hitting auto makers and others will take years to deliver, according to industry officials who are pressing the administration for long-desired support as demand for such processors continues to soar.

Chip industry executives welcomed Mr. Biden’s move but urged patience. “Supply chains take a long time to build up capability. Whatever comes out of it won’t come for years,”

—America’s biggest semiconductor company by value—said after the White House announced the executive action Wednesday aimed at addressing chip and other supply-chain bottlenecks. “There will be no immediate results,” Mr. Huang said.

The pandemic has supercharged demand for chips that go into everything from videogames and laptop computers to data centers, products that have become central to remote work and distance learning. Rebounding demand in other industries has exacerbated the scarcity of chip production capacity, industry executives have said.

“So much of society is run by that now,” Mr. Huang said Wednesday shortly after Nvidia posted record quarterly sales. “We need chips more than ever, which is great.”

But that demand surge has caught some industries out, particularly auto makers.

have idled some of their production capacity as they await critical parts. Car makers are expected to produce around 700,000 fewer cars in the first three months of 2021 than earlier forecast because of chip shortages.

The need for secure and robust supply chains “has been strikingly laid bare by the current global chip shortage squeezing the auto industry around the world,” said

an science and technology researcher at the Wilson Center, a nonpartisan think tank.

The U.S. must act to ensure that the car industry and critical emerging technology needs don’t again face disruptions down the road, she said: “This is foundational technology upon which everything from automobiles to 5G to artificial intelligence to quantum computing rests.”

The U.S. semiconductor industry has argued for years that the federal government hasn’t sufficiently supported what it says are critical chip-building capacities, including financial inducements to build new plants, called fabs. The U.S. now accounts for about 12% of global semiconductor-manufacturing capacity, down from 37% in 1990 as other countries have subsidized growth of their chip makers, according to the Semiconductor Industry Association, a trade group.

“
‘Supply chains take a long time to build up capability. Whatever comes out of it won’t come for years.’
”

Much of the current chip shortage has less to do with where chips are produced than with auto makers and other companies struggling to predict demand for chips—which need long lead-times to produce—during the past year’s economic turbulence. Still, those who think the U.S. should provide more support for domestic chip production to reduce overreliance on Asia and fend off China’s rising clout say the current predicament offers a chance to press for those longer-term needs.

“If this is the crisis that leads to large-scale federal investment in leading edge fabs then so be it,”

head of tech-research firm Stratechery, wrote in a note Thursday.

Congress has already signaled bipartisan willingness to spend billions of dollars to bolster semiconductor research and build up domestic manufacturing. “We’ll push for that as well,” Mr. Biden said.

the head of government affairs at

—America’s biggest chip maker by sales—said in a blog post that the executive order, coupled with the congressional push to invest, “can help level the playing field in the global competition for semiconductor manufacturing leadership, enabling American companies to compete on equal footing with foreign companies heavily subsidized by their governments.”

Intel has been weighing more outsourcing of its chip production after a series of manufacturing missteps.

who took over as CEO this month, has said the bulk of the company’s chips in the next few years still would be made in house.

The push to bolster America’s chip-making capacity comes as demand for those components is expected to remain hot for years. Global chip sales are expected to top $500 billion this year, up around 11% from a year ago, according to research firm

and grow roughly 18% by mid-decade.

projects spending on technology, currently at about 5% of gross domestic product, will continue to accelerate after the pandemic and double to 10% within the next 10 years.

The car industry alone is becoming an ever larger consumer of chips, as it continues to add larger screens on dashboards and more sophisticated driver-assistance features, industry officials have said.

Complicating efforts to address the chip industry’s predicament is that it is one of the most globally intertwined. Components can cross borders multiple times before a chip is assembled and finds its way into a car or smartphone. U.S. chip companies generate almost half of global sales, according to the Semiconductor Industry Association, though many companies, including Nvidia, rely on contract chip makers, often based overseas.

“Bringing the manufacturing back to the U.S. is easier said than done,” said

research vice president at Gartner. It isn’t just chip production that has gradually migrated to Asia but also other parts of the supply chain that are involved in building them, drawn in part by lower labor costs and a growing talent pool, he said.

Some efforts to address bottlenecks globally are under way.

is considering an investment of as much as $17 billion to build a chip-making factory in Arizona, Texas or New York, expanding the manufacturer’s U.S. footprint.

“The semiconductor industry is far too complex and far too global for a U.S.-only model,” the Wilson Center’s Ms. Griffith said. “Such a model simply cannot support the current and future demand for integrated circuits both in the commercial and military spaces.”

—Aaron Tilley contributed to this article.

Write to Robert Wall at robert.wall@wsj.com 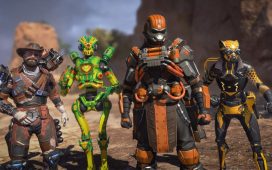 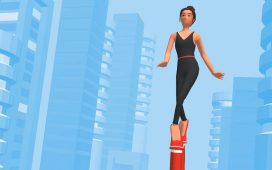 Divinity: Original Sin 2 is now on iPad Pro – here’s what it’s like to play 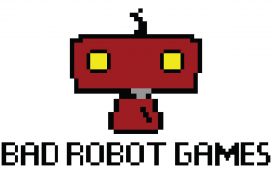 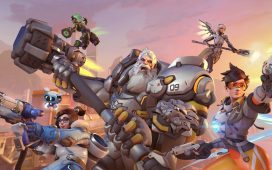 Overwatch 2 Livestream: How to Watch and What to Expect

Google Maps Is Getting a Better Live View and More Detail

With latest update, Google Photos wants your memories to stand out

Face Masks and the First Amendment

Amazon is reportedly in talks to acquire MGM studio, home of James Bond and Rocky franchises