BEIJING, Sept. 25 (Xinhua) — The following is a summary of published science and technology news of China.

China’s spending on research and development (R&D) hit a record high of 2.4 percent of its gross domestic product (GDP) in 2020, up 0.16 percentage points from the previous year, data from the National Bureau of Statistics (NBS) showed.

China’s total expenditure on R&D amounted to 2.4 trillion yuan (about 377.7 billion U.S. dollars) last year, up 10.2 percent, or an increase of 224.95 billion yuan compared with that in 2019, according to a report jointly released by the NBS, the Ministry of Science and Technology and the Ministry of Finance.

The virus strain behind the latest COVID-19 infections in Harbin, capital of northeast China’s Heilongjiang Province, has been identified as the Delta variant, local authorities said Friday.

The finding was based on gene sequencing of the virus from the city’s first group of COVID-19 patients in the latest resurgence emerging on Tuesday, according to the municipal COVID-19 prevention and control headquarters.

Chinese scientists have developed an artificial method of synthesizing starch from carbon dioxide, the first of its kind globally.

The research team has designed an artificial starch synthesis pathway consisting of only 11 core reactions, achieving complete synthesis from carbon dioxide to starch molecules in the laboratory for the first time, said Ma Yanhe, Director General of the Tianjin Institute of Industrial Biotechnology.

The structure of the synthetic starch was proved to be the same as that of natural starch, said Ma, who is also the corresponding author of the study.

The Vision project is presented by the Department of Science, Technology and Innovation 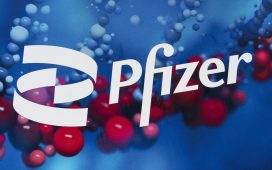 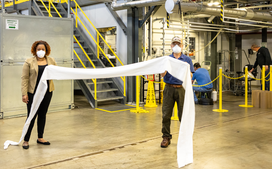 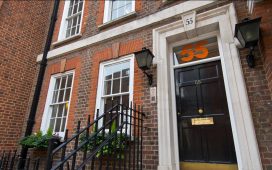 Secrecy shrouds Afghan refugees sent by US to base in Kosovo

Eir planning to sell almost half of Irish fibre network

What’s in, and what’s out, as Democrats reshape Biden bill

Exploring the evolving nature of education

Baldwin was told gun was ‘cold’ before movie set shooting

NKorea slams US for supporting Taiwan in nod to ally China

How Artificial Intelligence is Changing the Gaming Industry

The Vision project is presented by the Department of Science, Technology and Innovation