Washington’s latest tariffs on $200bn of Chinese exports dominated business news across much of the world. But in China, readers of domestic news websites saw very different headlines — internet companies Tencent and Baidu led with stories of how the Communist party, “with Xi Jinping at its core”, was developing Ningxia, a backwater in China’s north-west.

As China’s economic growth slows and a trade war with the US damages consumer sentiment and the stock market, Beijing is further tightening controls on domestic media. The ruling party has for decades relied on a strong economy as a key source of its legitimacy, and in harder times economic news is increasingly subject to the same kind of censorship as politics.

“Censorship has never been so tight,” said one business journalist with two decades of experience. “There has been a big shift in the second half of this year.”

Chinese propaganda officials over the past few months have handed down instructions not to changshuai — bad mouth — the economy, according to a dozen journalists and editors at influential Chinese publications who spoke anonymously to the FT.

Topics such as consumers cutting back on spending, local governments struggling with debt repayments, lay-offs by bankrupt private companies and inefficiency at state-owned companies are increasingly off-limits, according to media staff.

Media outlets have been ordered to not to use the phrase “trade war,” and to avoid blaming trade tensions for weakness in the Chinese economy, several reporters said.

The crackdown on independent reports about the economy comes as global companies and investors are ever more involved in China, both as a place to sell their goods and through their exposure to China’s vast equity and bond markets.

See also  US and UK lead in programmatic media, but Germany and Japan among chasing pack

An editor at one of China’s largest magazines said economic reporting was now subjected to a level of restriction previously seen only for political topics. “The economy is now political,” the editor said.

Instructions from media regulators are conveyed to editors by phone calls to prevent them from being copied and spread via the internet, according to people familiar with the process. “This year there have been far more phone calls,” said one editor, who is contacted several times a day.

Popular Chinese news apps such as Today’s Headlines — owned by one of China’s mostly highly valued companies, Bytedance— were ordered last year to follow other online media by ensuring stories mentioning Mr Xi were featured more prominently than other news, according to two people familiar with the matter.

Regulators in Beijing frequently order editors to delete online reports and write “self-examination letters” explaining the reasons for their misbehaviour, and they sometimes call in editors in for a dressing-down. Outlets that disobey can be banned from publishing online, while individual staff can be fired.

Neither China’s internet regulator nor the Communist party’s propaganda office responded to requests for comment for this article.

Chinese news website Qdaily.com in August was ordered to shut down for a month for publishing “illegal reports”, as China’s top internet regulator put it.

A reporter who left the publication following the ban said regulators had ordered the publication to delete about 40 articles over seven months, on topics from migrant workers to the shuttering of an independent bookshop. In July, 10 officials from China’s internet and commerce regulators, alongside police, raided Qdaily’s office. “It was a build-up of complaints which meant regulators acted,” the reporter said.

Most Chinese media outlets are barely profitable due to years of declines in advertising revenues, according to staff, meaning temporary shutdowns can severely damage their finances.

Fang Kecheng, a Chinese media researcher at the University of Pennsylvania, said: “The propaganda department aims to guide public opinion, so when things are doing badly they are definitely more nervous and want to highlight the positive.”

“Ironically, the more the party-state intervenes in the coverage of the economy, the more doubt people could have . . . which would lead to even stricter control. This cycle shows the limitation and possible backfiring effect of censorship,” he added.

The narrowing of economic debate has extended beyond the media to public statements by economists and think-tanks. The head of one Shanghai think-tank, who asked not to be named, said the reform of state-owned enterprises had become a “sensitive” topic since Mr Xi made a brief comment on the issue in 2016.

Unirule, one of China’s few independent economic think-tanks, was forced out of its Beijing headquarters earlier this year. This month, Unirule’s executive director Sheng Hong was prevented from leaving China to participate in a forum at Harvard University, with immigration officials citing national security for the ban, he said.

“Originally the economy was a neutral topic, but in the last two years, economic problems can’t be discussed, as well as negative news,” said Mr Sheng. “The space is smaller and smaller.”

But the administration of current President Xi Jinping signalled its intent to muzzle such voices in 2013 when propaganda officials forced the respected Southern Weekend newspaper to alter an editorial, prompting rare public anti-censorship protests in the city of Guangzhou.

See also  How newsletters are making big bucks from your inbox

Several protest leaders were jailed, and all of the publication’s top editors left amid tightened control of the paper. Tuo Zhen, the provincial official who led the crackdown, was promoted to the central government’s propaganda ministry in 2015.

The number of investigative journalists in China fell from 334 in 2011 to 175 in 2017, according to Zhang Zhian, a journalism professor at Sun Yat-sen University. Many former journalists have switched to public relations work.

“I want to ask Jack Ma, how many of my colleagues are you planning to take?” said one veteran journalist, referring to the founder of internet company Alibaba.

One bright spot in recent years has been the development of small media outlets on social media platforms usually staffed by a handful of journalists, known in China as “self-media”.

One such outlet, shoulouchu, was the main driver of public anger about Chinese pharmaceutical companies found to have produced ineffective vaccines this year.

But officials have cracked down on the platforms, deleting almost 10,000 since last month, when a court jailed two bloggers for posts about the chairman of China’s largest dairy company, Yili, who disappeared from public view for several months this year.

Yili is a component stock of the MSCI China index, meaning foreign investors such as pension funds are exposed to the company. State media condemned the bloggers in a report titled “social media is also subject to the rule of law”. 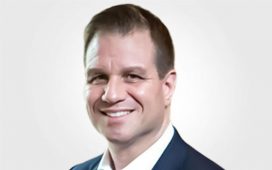 Are plans to change the Official Secrets Act a threat to journalism? | News 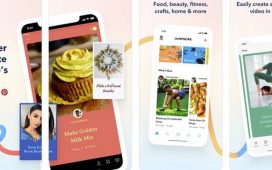