Chief Justice of India Sharad Bobde said on Saturday that there was no plan to use Artificial Intelligence (AI) technology in the decision-making process in the courts.

Justice Bobde, who was felicitated at a function organized by the High Court Bar Association in Maharashtra’s Nagpur, made the clarification after former Chief Justice RM Lodha expressed concern about the use of AI.

“The idea is good and may help significantly in management of cases in courts and discharge of judicial functions. But, like other technological innovations such use may have potential negative implications,” Justice Lodha said in his speech.

His request to the Chief Justice was that all pros and cons must be carefully weighed before AI is used in judicial decision-making, he said.

Replying to his concerns, the Chief Justice, in his speech, said, “I wish to point out that it is not an attempt to introduce artificial intelligence in decision-making process itself. The system we are looking at has a reading speed of about ten lakh words per second. Which means you can make it read anything and ask it any question, it will give you the answer,” he said.

“…Ayodhya case had thousands of documents, thousands of pages of documents and that becomes very easy when you employ artificial intelligence. There is no thought of substituting the judicial decision-making process of human mind,” he assured.

“As somebody said, we are not planning to provide for an appeal from ‘single computer’ to ‘bench of three computers,’ that is not going to happen,” the Chief Justice added.

Can this artificial intelligence program replace writers, journalists and poets? 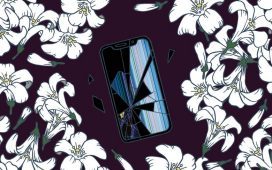 An expert on machine learning responds to Yudhanjaya Wijeratne’s “The State Machine.”