Part one of this discussion appeared a few days ago. Before we continue with part two, here’s a look into the past. Twenty years ago, I conducted an interview with Frederic Friedel for Europe Échecs entitled “The Nightmare of the Kings”. It was on the occasion of the match “Brains in Barhain” that Kramnik and Deep Fritz played, in October 2002, in the Persian Gulf. Here are two excerpts from this interview in which we were already talking about Artificial Intelligence and ethics.

Now on to part two of the telephone discussion I conducted with Frederic in December 2020. The article appeared in the February 2021 issue of Europe Échecs, which can be bought here. Jean-Michel was advised and guided by Henri Assoignon, from the administrative desk of Europe Echecs.

It’s just a machine. It has no consciousness or feelings as we understand them. We have specific connections in our brain that make us react according to the circumstances, the situations we are experiencing. We interpret them as pleasure, pain and all other kinds of emotions. We would have to invent a new word to express what computers “feel”. They may be stronger than us in many areas, but they are not aware of it. In the human sense, self-awareness is precisely what distinguishes human beings, as well as some animals, from all other species. In my opinion, computers will achieve what experts call “singularity” in the relatively near future. I think that within 20 or 30 years they will be as intelligent as we are. They will be able to build new computers themselves, which they are already doing, by the way. Today’s processors, with hundreds of millions of transistors, are mainly designed by computer algorithms. My son is a very competent programmer. Today he no longer writes programs. He tells the computer what he wants to program, and the computer does it for him. Instead of just writing a program, he writes programs that write programs for him. 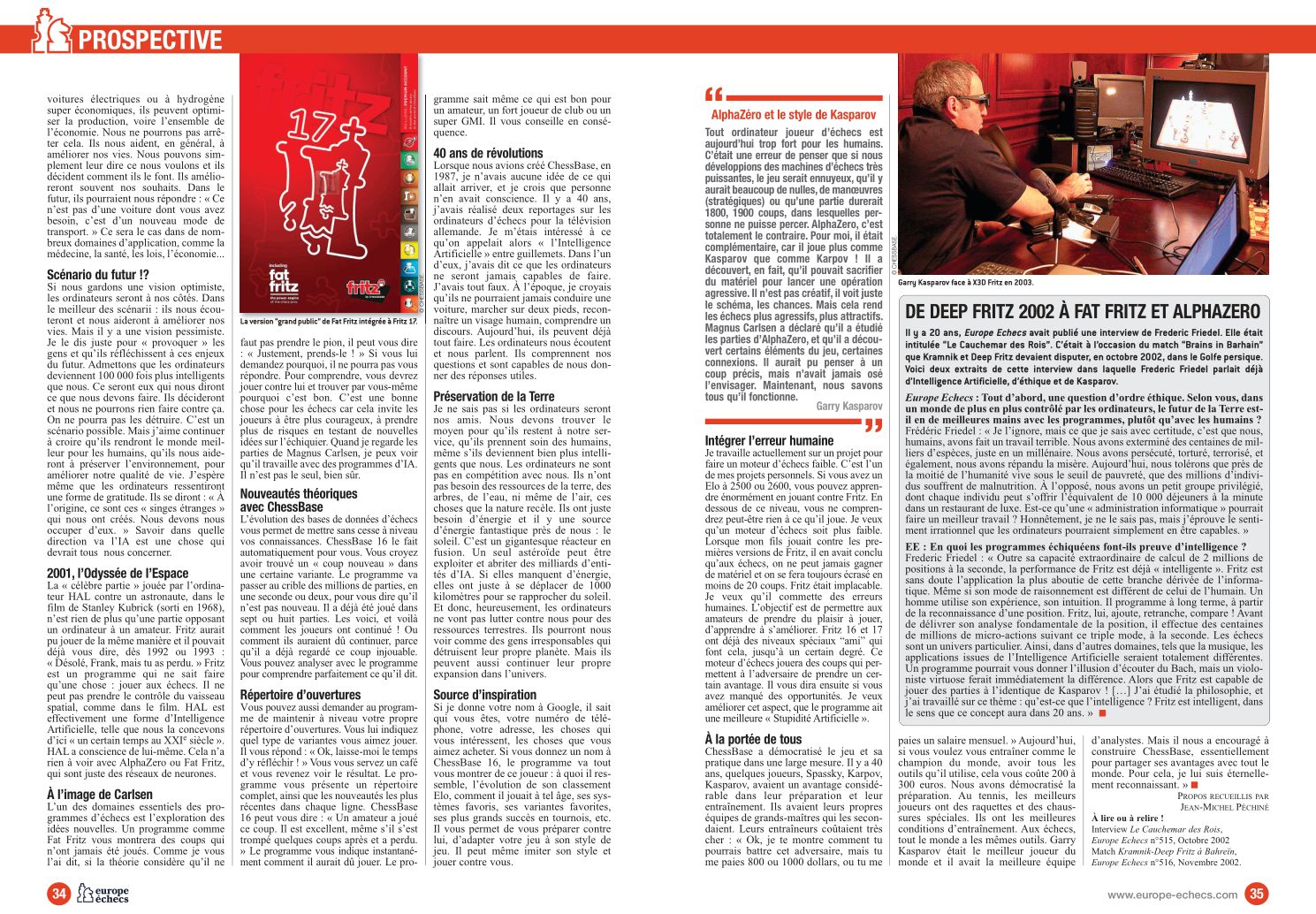 When they’re as smart as we are, they won’t just build the cars, like the ones they already help to design. They will do everything faster and better than humans. What we don’t know is what will happen when they are 10, 50 or even 100 times smarter than us. One thing is for sure. We can’t stop them. We can’t stop Artificial Intelligence by pressing an “off” button. If the European Union and the United States, for example, were to decide to stop AI completely, other countries, such as South Korea, Japan, Iran, India or Israel, may continue on this path. Computers create vast amounts of wealth and energy. They help design nuclear reactors, super-efficient electric or hydrogen cars, they can optimize production or even run the whole economy. We won’t be able to stop that. They can help us, in general, to improve our lives. We may end up just telling them what we want and letting them decide how to do it. They may often improve on our wishes. In the future, they may be able to say to us: “It’s not a better car that you need, it’s a new mode of transport.” This will be the case in many fields of application, such as medicine, health, economy…

Scenario for the future!?

If we retain an optimistic vision, computers will be at our side. In the best-case scenario: they will listen to us and help us improve our lives. But there is a pessimistic vision. I use it to provoke people and make them think about these issues of the future. Let’s say that computers become 100,000 times smarter than we are. They will be the ones to tell us what to do. They will decide, and we won’t be able to do anything about it. We won’t be able to destroy them. That’s one possible scenario. But I like to continue to believe that they will make the world a better place for humans, that they will help us to preserve the environment, to improve our quality of life. I even hope that the computers will feel some sort of gratitude. They may think, “Originally, it was these strange monkeys that created us. We have to take care of them.” Knowing where AI is going is something that concerns all of us.

The famous game played by the computer Hal against an astronaut in Stanley Kubrick’s film (released in 1968) is nothing more than a game between a computer and an amateur. Fritz could have played in the same way and he could have said to you, as early as 1992 or 1993: “Sorry, Frank, but you lost.” Fritz is a program that can only do one thing: play chess. It can’t take control of the spaceship, like in the film. HAL is indeed a form of Artificial Intelligence, as we conceive it from here “some time in the 21st century”. Hal is self-aware. It has nothing to do with AlphaZero or Fat Fritz, which are just neural networks.

One of the key areas of chess programs is the exploration of new ideas. A program like Fat Fritz will show you moves that have never been played before. As I told you, if theory considers that you should not take the pawn, it may tell you: “just take it!” If you ask it why, it won’t be able to answer you. To understand, you will have to play against it and find out for yourself why it is good. This is beneficial for chess because it invites players to be braver, to take more risks by testing new ideas on the chessboard. When I look at Magnus Carlsen’s games, I can see that he works with AI programs. He is not the only one, of course.

READ  India to Possess its Own Artificial Intelligence Centre by July, Says Report

The evolution of chess databases allows you to constantly upgrade your knowledge. ChessBase 16 does this automatically for you. You think you have found a new move in a certain variation. The program will sift through millions of games in a second or two to tell you that it is not new. It has already been played in seven or eight games. Here they are, and here’s how the games continued! Or how they should have continues, because it has already considered this unplayed move. You can analyse with the program to understand perfectly what it says.

You can also ask the program to maintain your own repertoire of openings. You tell it what kind of variations you like to play. It replies: “Ok, give me time to think about it!” You pour yourself a coffee and come back to see the result. The program shows you a complete repertoire, as well as the most recent additions to each line. ChessBase 16 can tell you: “An amateur played this move. It is excellent, but he made a mistake a few moves later and lost.” The program tells you instantly how he should have played. The program even knows what is good for an amateur, a strong club player or a super GM. It advises you accordingly.

When we created ChessBase in 1987, I had no idea what was going to happen, and I don’t think anyone was either. Forty years ago I had made two documentaries on computer chess for German television. I was interested in what was then called “artificial intelligence”, still in inverted commas. In one of them I said what computers will never be able to do. I was completely wrong. At the time, I thought they would never be able to drive a car, walk on two feet, recognise a human face, understand a speech. Today they can do all of that. Computers listen to us and talk to us. They understand our questions and are able to give us useful answers.

Preservation of the Earth

I don’t know if the computers will be our friends. We have to find a way for them to remain at our service, to take care of humans, even if they become much smarter than us. Computers are not in competition with us. They don’t need the resources of the earth, the trees, the water, or even the air. They just need energy, and there is a fantastic source of energy near us: the sun. It’s a gigantic fusion reactor. A single asteroid is enough to maintain billions of AI entities. If they run out of energy, they just have to travel 1000 kilometres closer to the sun. And so, fortunately, computers are not going to fight us for terrestrial resources. They may see us as irresponsible people destroying our own planet. But they can also continue their own expansion in the universe.

If I give your name to Google, it knows who you are, your phone number, your address, the things you are interested in, the things you like to buy. If you give a name to ChessBase 16, the program will show you everything about that player: what he looks like, the evolution of his Elo rating, how he played at certain ages, his favourite systems, his favourite variations, his greatest tournament successes, etc. It allows you to prepare yourself against him, to adapt your game to his style of play. It can even imitate his style and play against you.

I am currently working on a project to make a weak chess engine. This is a personal project. If you have an Elo of 2500 or 2600, you can learn a lot by playing against Fritz. Below this level you may not understand anything about what he plays. I want a chess engine to be weaker. When my son played against the early versions of Fritz, he concluded that in chess you can never win material and you will always be crushed in less than 20 moves. Fritz was relentless. I want it to make human mistakes. The objective is to allow amateurs to enjoy playing, to learn to improve. Fritz 16 and 17 already have special “friend” levels that do this to some degree. This chess engine will play moves that allow the opponent to gain an advantage. It will then tell you if you have missed any opportunities. I want to improve this aspect, implement “Artificial Stupidity”.

ChessBase has democratised the game and its practice to a large extent. Forty years ago, some players, Spassky, Karpov, Kasparov, had a considerable advantage in their preparation and training. They had their own teams of grandmasters who supported them. Their coaches were very expensive: “Ok, I’ll show you how you could beat this opponent, but you pay me 800 or 1000 dollars, or you pay me a monthly salary.” Today, if you want to train like the world champion, to have all the tools he uses, it costs you 200 to 300 Euros. We have democratised preparation. In tennis, the best players have special rackets and shoes. They have the best training conditions. In chess, everyone has the same tools. Garry Kasparov was the best player in the world and he had the best team of analysts. But he encouraged us to build ChessBase, mainly to share his advantages with everyone. For this I am eternally grateful to him. 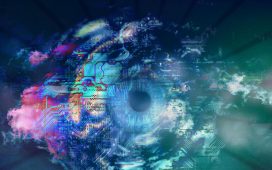