The threat of a no-deal Brexit has prompted more than 50 chemicals companies to move regulatory approvals from the UK to the EU.

The British companies with operations in the UK have applied to use European Union regulators for critical authorisations to protect their ability to do business legally.

Their current authorisations will become worthless if there is no transition arrangement following 29 March, the planned date of Brexit, according to data provided to the Guardian by the European commission.

Rentokil Initial, the FTSE 100 company whose services include pest control and cleaning, is one of the large companies that has moved registrations away from the UK, in a move that would allow it to continue to handle dangerous chemicals in the EU even if there is a no-deal Brexit.

The prospect of a no-deal Brexit threatens to upend many of the complex regulatory systems under which UK and European companies operate. Companies in the most tightly regulated sectors, including the automotive and aerospace industries, as well as those that handle chemicals, are particularly at risk of being unable to do business if there is no deal.

Brenntag, a German chemicals distribution company that has also moved approvals from the UK, said large multinational companies with supply chains touching the UK are especially at risk of an “increase in transaction costs” because of Brexit.

The Chemical Industries Association, a British lobby group, last month said a no-deal Brexit would be an “economic price that is just too high to pay”, affecting one of the UK’s largest export industries. It would also disrupt supply chains for some of the world’s largest companies.

Britain’s chemicals industry, which makes up about 7% of the manufacturing sector, exports two-thirds of production, with 60% of those exports going to the EU. Chemical production is concentrated in four main clusters around Hull, Teesside, Runcorn and Grangemouth in Scotland.

Cargill, the largest privately held US company by revenues, has made preparations to “take steps immediately after 29 March 2019 or during the 21 months transition period” to safeguard its regulatory approvals, a spokeswoman said.

An exodus of chemicals companies could also add to pressure on the Health and Safety Executive, which is already under pressure to make 19% spending cuts by 2019-20 under the government’s austerity plans.

The HSE earned £15.8m in fee income for biocides and plant protection in the 2017-18 financial year, making a surplus of just under £450,000 for the work. It assessed 1,600 applications for companies handling biocides, pesticides, detergents and industrial chemicals, according to its latest annual report. EU companies accounted for 24% of HSE’s approvals for biocides, while they made up 42% of pesticide approvals.

However, under a no-deal scenario the HSE would take on most of the responsibilities carried out by the EU’s European Chemicals Agency (ECHA), meaning its workload could conversely increase if companies were forced to apply to EU and UK regulators in parallel.

One British chemicals industry expert told the Guardian that the extra work caused by the exodus of firms from the EU was likely to cause “a significant challenge” for the remaining EU27 authorities to absorb. The HSE was previously seen by the industry as one of the more capable regulators in the EU.

An HSE spokesperson said: “The UK is strongly committed to the effective and safe management of chemicals. That will not change when we leave the EU.

“If we leave with no deal, HSE is ready to operate all UK chemicals regulatory regimes. We are working with the EU to ensure any transfers from HSE to an EU member state authority are made in a smooth and orderly manner, which minimises burdens to businesses.” 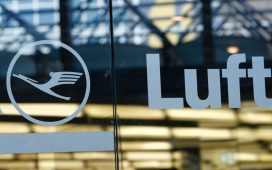 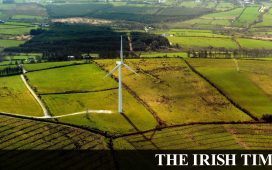 Public support must be won if renewable energy goals to be realised, conference hears

NORTH SHORE BOOK NOTES: How much like the eel are we? – Enterprise News

Investors just pulled $3.5 billion out of the biggest tech ETF in a single day — the most since 2000

UMass football to return to play in October – Enterprise News

Why Microsoft bought Bethesda for $7.5 billion