The Chargers have fired Anthony Lynn after four seasons as head coach.

Lynn is coming off back-to-back losing seasons where he struggled with clock management, protecting double-digit leads and not being on the same page with coordinators. The Chargers lost 16 one-score games between 2019 and 2020 and at one point had a nine-game losing streak in the AFC West.

Lynn fired offensive coordinator Ken Whisenhunt midway through the 2019 season and reassigned special teams coordinator George Stewart in Week 12 of this season. Lynn also disagreed with defensive coordinator Gus Bradley on what scheme to use while many key starters were sidelined with injuries.

Now, the Chargers have pointed the finger at Lynn for the team’s failures of the past two seasons. Lynn ended his four-year tenure with a 33-31 regular-season record.

The Lynn era, however, started smoothly with two winning seasons, including a 12-4 record in 2018 that ended in the AFC Divisional Round. The Chargers defeated the Ravens in Baltimore in the wildcard game before being thumped by the New England Patriots in the following round.

That’s when the tide began to change for Lynn, who had a 22-11 coaching record with the Chargers before facing the Patriots in the postseason. The Chargers lost 21 out of 29 games, including an embarrassing 45-0 home loss to the Patriots in Week 13 of this year.

“I think it is a good reflection on the men I just talked about,” Lynn said Sunday about finishing 4-0. “They put in the hard work. The coaching staff did, as well. As a team, I was pleased with the way we finished the season. That is what we had to do, what we needed to do and they did it. That was our goal.”

Lynn, offensive coordinator Shane Steichen and quarterbacks coach Pep Hamilton had Herbert ready to start in Week 2 after quarterback Tyrod Taylor had a medical mishap with a team doctor. Herbert had a historic rookie season and set numerous rookie records, including most passing touchdowns in a season with 31.

Team ownership is taking a risk by disrupting Herbert’s chemistry with Lynn and his staff, but perhaps the Spanos family felt Lynn couldn’t take Herbert to the next level in his development. Steichen and Lynn were questioned for their conservative play calling and running often on first downs.

“I think anytime you face one of those challenges, especially like we did at Oregon, you’ve got to depend on the guys around you, that locker room,” Herbert said after being asked Sunday about possibly having to learn a new offensive scheme with a different coaching staff. “I know we have a great coaching staff here and a great locker room. Whatever comes our way, I know that we’re going to do our best, we’re going to attack it, and we’re going to get better.”

Lynn’s coaching limitations and Steichen’s inexperience as a play caller were exposed at times with a rookie quarterback. Herbert has all the physical tools, but lacked the experience Philip Rivers developed in 16 illustrious seasons with the Chargers.

Rivers had a heavy input during Lynn’s first three seasons with the Chargers. Perhaps the Chargers wouldn’t have called a running play in multiple games without a timeout in hurry-up situations this season if Rivers was still on the team. The Chargers had many head-scratching moments in all three phases that were heavily criticized on social media.

Lynn had a comical start with the Chargers when he said he was proud to coach the “San Diego Chargers” during his introductory news conference at Dignity Health Sports Park in Carson.

“Whoops,” Lynn said after catching his mistake. The Chargers relocated from San Diego to Los Angeles in 2017.

But Lynn quickly won over the front office and players with his straightforward honesty and no-nonsense attitude that created a healthy locker room.

Lynn was criticized for his one-score losses, but his strong leadership often had players motivated and competitive, despite numerous injuries. Star safety Derwin James only played five games the past two seasons.

Lynn also made an impact away from football with his community work and push for social justice. He won over the hearts of many “Hard Knocks” viewers when the Chargers were featured on the HBO reality series in the summer.

Lynn was known as a good man, but team ownership didn’t believe he was good enough as a head coach to run the Chargers in 2021.

This story will be updated 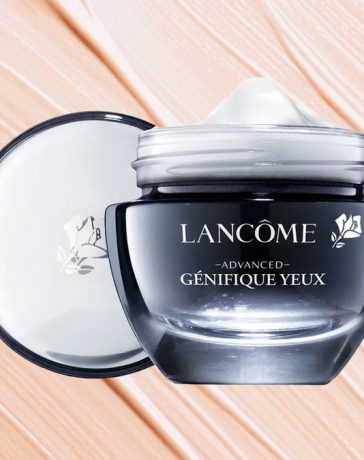