“I’d often go to the animal shelter website to look at the animals,” she said. “I’d been watching CeCe since last March. I thought, ‘Oh, what a sweet kitty. What a sweet face. But what happened to her ears?’ I kept watching her, but my gentleman friend is not one for animals in the house, so I had that hurdle to overcome.

“When I saw CeCe’s Christmas picture in the newspaper and read her story, I just thought, ‘There’s something about this cat. I just love her. She’s adorable.’ So I had to work my angles to bring her into the house, like saying she’d be a good mouser. I kept nudging him and finally made an appointment to go visit CeCe Dec. 29.

“I know that you don’t pick a cat, the cat picks you. It was the end of a slow road home, a road that ended with us being together. I feel good knowing I’ve given her another chance. And she makes me happy.”

On a cold day in January last year, a call came in to the Headwaters Animal Shelter in Park Rapids about two cats who were abandoned and living in a house with no heat. Shelter staff found the other cat dead and CeCe frozen to the floor, dehydrated and very weak.

Holly Packman, the cat manager at the shelter, said that CeCe had to be fed using a tongue depressor stick so she could lick the wet cat food off because she was too weak to get up and eat. She was dehydrated and her ears were frostbitten so they had to be cut back by veterinarian Dr. Alan Olander.

By March 2020, she had recovered fully and was available for adoption. The photo of CeCe that Packman took showed her nestled in a soft Christmas basket. The photo and story that ran on the front page of the Dec. 5 Enterprise were seen by Anderson, and nine months after she arrived at the shelter, CeCe was finally adopted.

In years past, visitors could go into the cat room at the shelter to see all of the cats and kittens available for adoption.

“Now because of COVID, they bring you into a room and bring the cat to you,” Anderson said. “I sat there very calm, not making any moves. And when they brought her in she immediately jumped up on my lap and started rubbing on me. She picked me instead of investigating the room. That was that. We really connected, and I took her home. I knew then that there was a reason I had been watching this cat, a reason we were slowly brought together.”

Anderson said CeCe lets her know when it’s time for breakfast by getting in her face. “I work from home and I call her my office manager,” she said. “My office used to be my spare bedroom. She sits on the bed and watches me, meows at me, and oversees while taking a nap.”

CeCe is an independent cat, but also has a soft side.“She’s very active and enjoys running through the house several times a day,” she said. “But at night, she will jump up in my lap and put her head on the arm rest. She loves to be close. She follows me everywhere. And she is definitely the queen of the house. She rules the roost. I’ve been ousted from my chair. If I’m not sitting in it she’s on it and it’s her chair.”

CeCe also won over Anderson’s friend, Ed Bolton. “He finds her quite entertaining,” she said. “She has even jumped in his lap a couple of times. One of the funniest moments was when CeCe jumped up on the piano and was walking across making music. That got nixed pretty quickly by pulling down the piano cover.”

Anderson also learned CeCe is quite the hunter. “I also have a pet bird, and one morning I woke up and the bird had lost three tail feathers during the night because the cage wasn’t up high enough,” she said. “So I moved the cage higher and there haven’t been any problems since.”

Anderson encouraged anyone who is considering adopting a cat or dog to visit the animal shelter website.

“It was very easy and they did a lot of nice follow up calls too,” she said. “They had a ton of kittens on the website and they were adorable but if you’re looking for a pet it’s so nice to give a home to an older pet that is in need of a good home.”

CeCe is around 6 years old. “I think for her, because her ears were cropped because they’d gotten frostbitten, she didn’t look like your normal cat,” Anderson said. “Her face is different because of that. But she is so cute, so adorable and so sweet.” 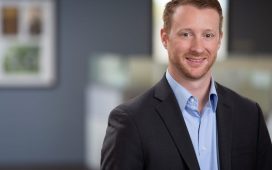 Keep your mask on at Kroger: Company says they are still required in Texas and Mississippi