Techregister Logo
Techregister > Autos > Buy them before we do: second-hand picks for 29 May
Autos

Buy them before we do: second-hand picks for 29 May

Supercar fatigue’ sounds like a pretentious phrase you would hear uttered only by spoilt motoring journalists who are flooded with fast and exotic metal on a weekly basis.

But it appears that such a thing exists: such is the embarrassment of riches in the world of supercars that used prices for many are beginning to look very tempting. McLarens seem to be hit particularly hard by this, following a dizzying onslaught of cars coming out of Woking within just a few years.

The 570S became McLaren’s entry-level car in 2015. Magnificent steering, a wonderful balance between ride comfort and handling prowess and a 562bhp V8 meant it was nothing less than top-drawer. Yet we’ve found a stealthily specced example going for £82,950 – almost a 50% fall from its price when new. For this, you get a 2016 car with 14,200 miles, a full service history and options such as front/rear parking sensors and a reversing camera.

One of the best things about modern McLarens is how usable they are, so you’ll struggle to find a 570S with very low mileage. But there don’t seem to be mechanical faults among them; while the MP4-12C may have been dogged by reliability issues, it appears McLaren managed to iron out those initial engineering creases for its new product era.

Mind you, even though this particular 570S looks squeaky clean, we’d still want to check its electrics are all in sound working order. And the warranty may run until 2021, but we’d definitely consider extending it; even when buying used, you can pay to extend any McLaren car’s cover up to its 10th birthday. 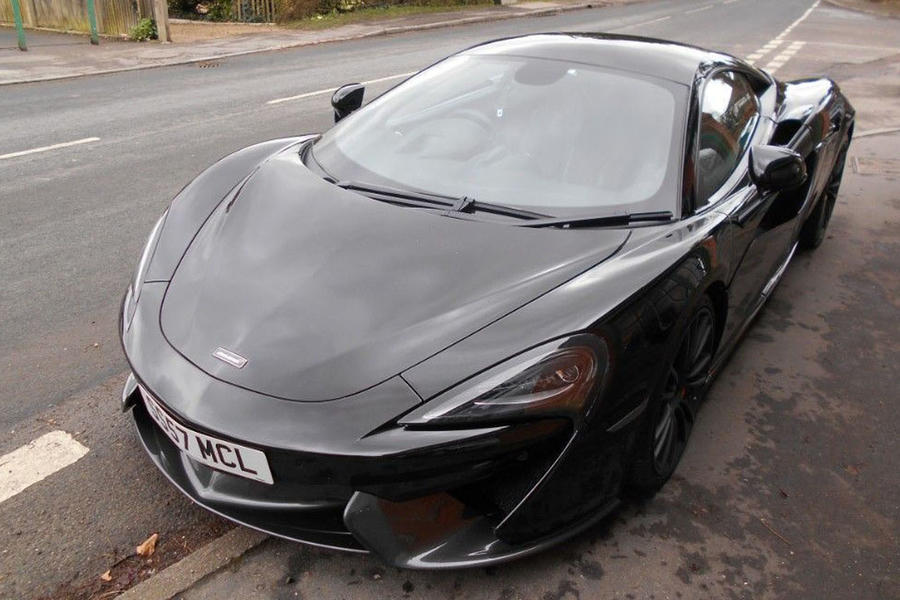 Honda NSX 3.0 V6 Auto, £36,790: This is an astonishingly low price for such a seminal supercar. It’s a 1997 example with an automatic gearbox and 63,000 miles covered, but even higher-mileage NSXs shouldn’t set off alarm bells. This is a famously usable and reliable supercar. 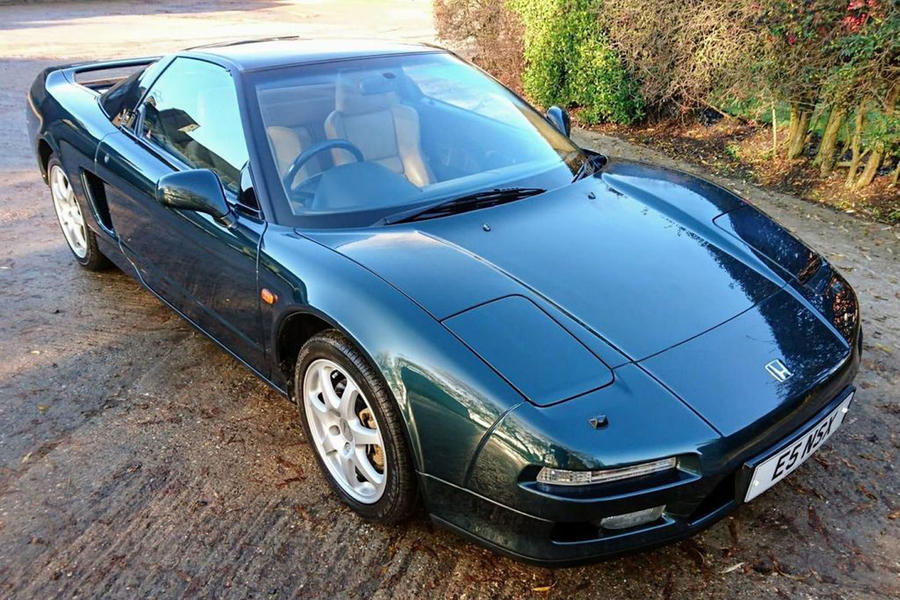 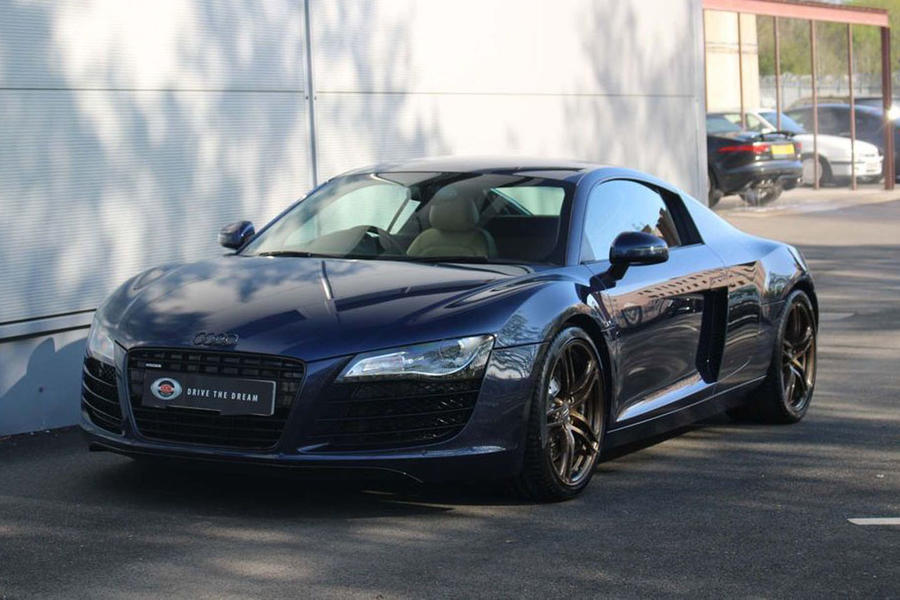 Lamborghini Gallardo 5.0 V10, £59,990: No supercar list is complete without a yellow Lambo, and here you can grab a bargain manual Gallardo. Early 5.0-litre V10s are prone to oil pump issues, so get that checked, but the Gallardo is basically an Audi beneath so shouldn’t be crippling to maintain. 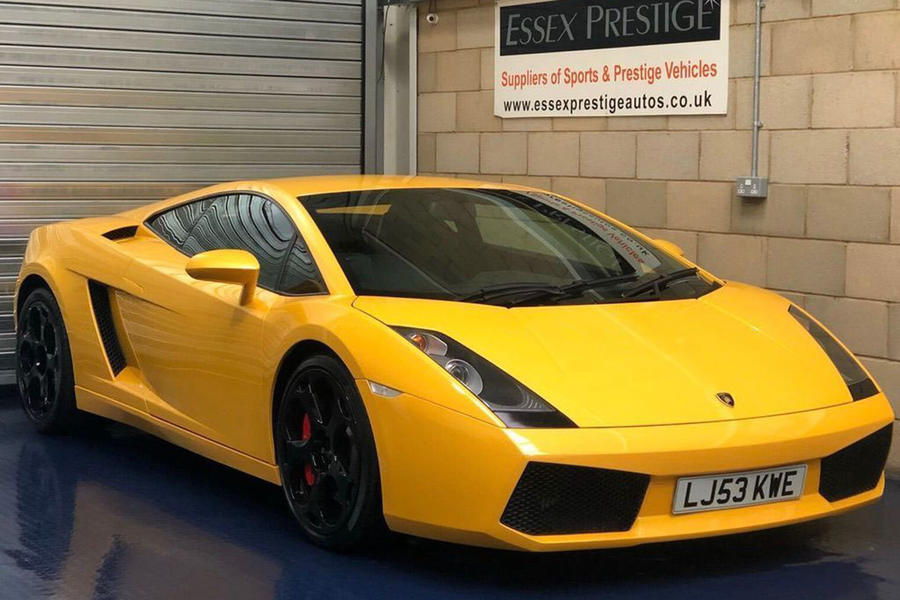 Mercedes-Benz AMG GT R, £100,000: Romping performance for you here. Even at £150,000 new, a spaceframe supercar with a dry-sump twin-turbo V8, fully adjustable suspension, track-biased tyres and more looked very good value, so this is a serious amount of car for your money. 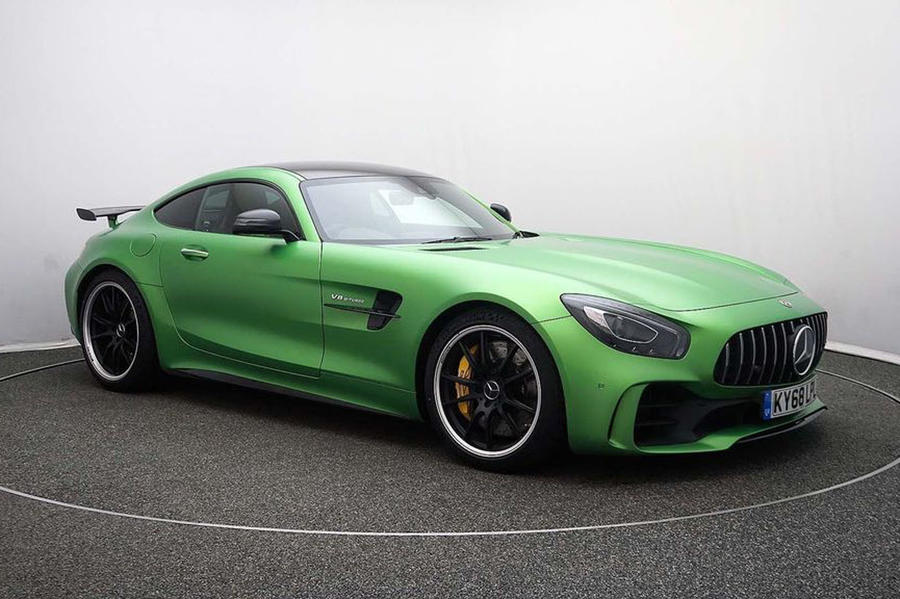 Fiat Coupe 20v: The dashing yellow paint is almost as eyebrow-raising as the sub-£1000 price this Fiat Coupé sold for recently. Alas, it’s the naturally aspirated 20V version, which at 143bhp concedes 60bhp to the Turbo. It’s a little leggy, too, at 135,000 miles, and there are some holes in its service history. We’d make sure the rear coolant hose is secure: it can suddenly let go and the bonnet traps the steam, so you don’t realise until it’s too late. The car being nose-heavy puts strain on the front suspension, so we’d check all is well there, too, and search for rust. For this bargain price, though, it’s surely worth a punt. 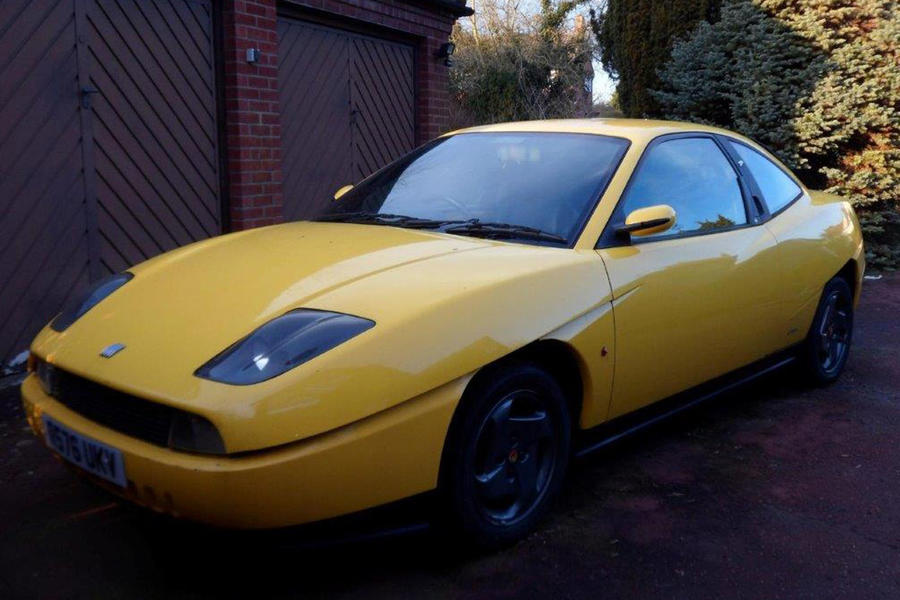 Volkswagen Lupo GTI, £5000: The Lupo GTI weighs a mere 960kg and makes 125bhp, so it can cover 0-60mph in 7.7sec, and it has more character than its modern equivalent, the Up GTI. However, this hot city car is becoming rare, so prices are creeping up. Tatty ones with lots of miles and low prices have long been snapped up, leaving more pristine examples that may not seem so reasonably priced but stand a good chance of not dipping further. The one we found had a respectably low 70,000 miles in almost 20 years and came with a full 12-month MOT. 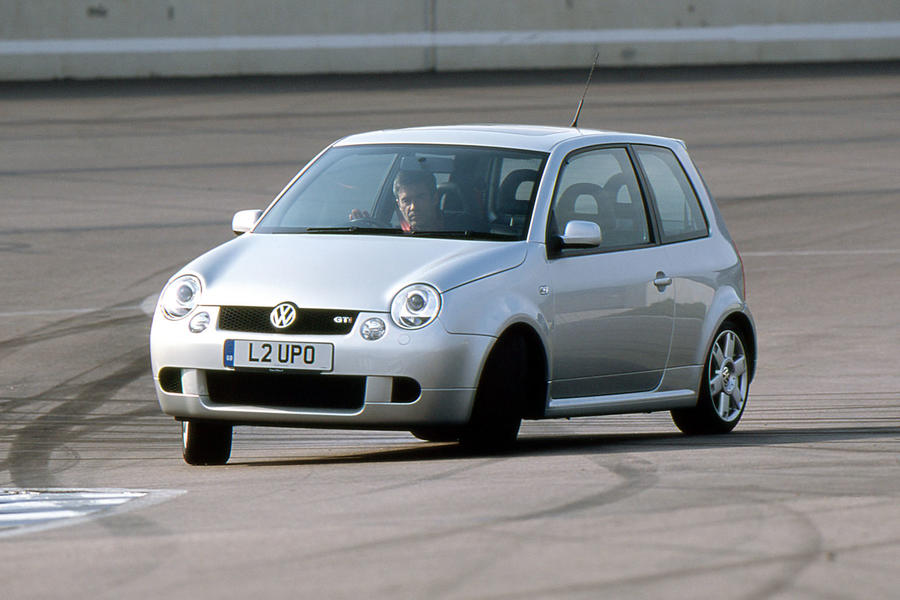 Clash of the classifieds

MARK PEARSON Phwoar! Look at my Maserati Quattroporte! It may be the length of an aircraft carrier, but that Pininfarina body still looks hot. It’ll sprint from 0-62mph in 5.1sec and on to a top speed of 177mph. That’s supercar quick, Felix, and its V8 sounds fantastic, too. This £8750, 2009 car’s interior is so good that you’ll want to move in permanently, with that Italian leather, that totally illogical switchgear and, of course, that lovely clock shaped like, er, you know, something naughty. 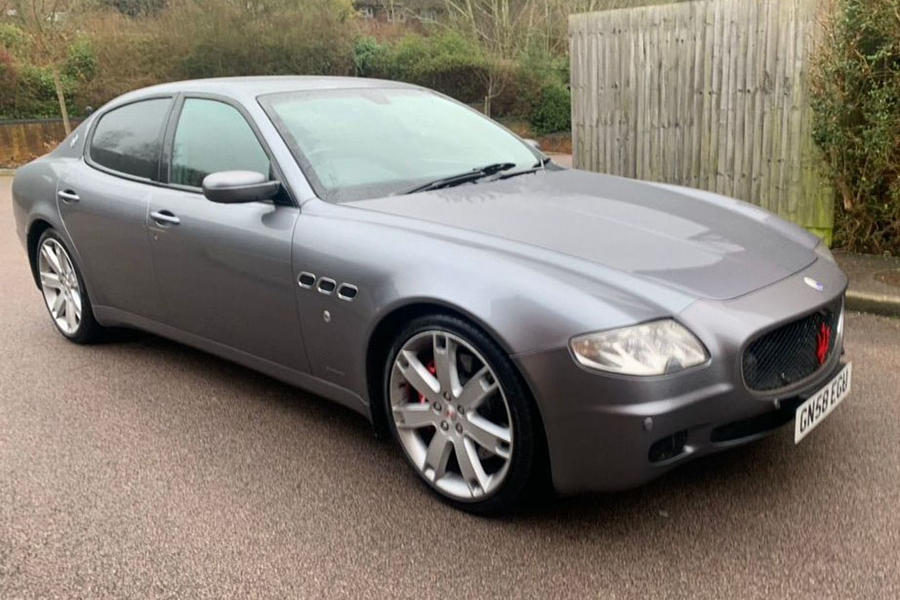 FELIX PAGE Oh, will you behave? No car is discreet with a bright orange recovery van following it around all the time. What we’re after here is clearly an E60-generation BMW 5 Series – but not the lairy, V10-engined M5. This 272bhp 530i version from 2009 has enough poke to make your daily lap of the M25 much more enjoyable and packs more bells and whistles than the Flying Scotsman. The N53 motor is Munich’s last naturally aspirated straight six as well, so you’ll be buying a piece of history for £8995.

MP Well, it’s not a bad thing, I’ll admit, but it’s no Italian stallion. There’s also the thought here that you couldn’t afford an M5. And ask yourself: which one of our cars wears the more passionate badge?

FP My Beemer has a mere 72,000 miles on the clock and looks like it just came out of the factory, so it has clearly been an object of passion for somebody. Besides, it will consume much less fuel and rubber than an M5 would.

MP Well, I think anything would, to be fair…

FP You should know by now: Italy for supercars, Germany for autobahn-destroyers.

James Ruppert’s verdict: The Italian is handsome, but I prefer the work ethic of the German. 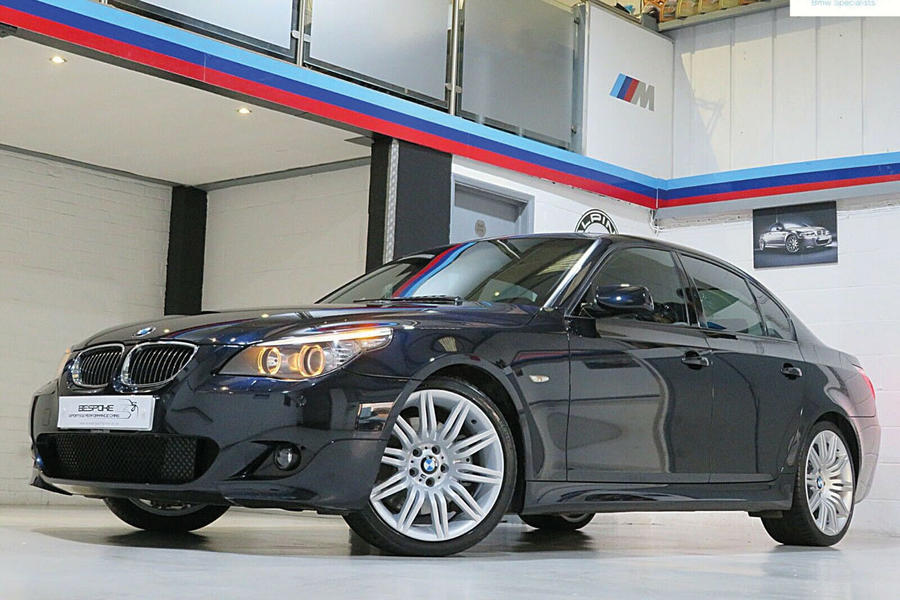 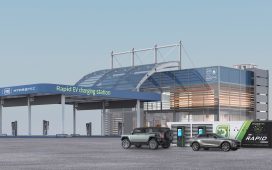 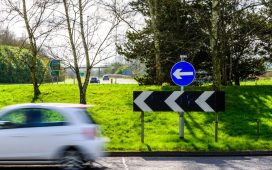 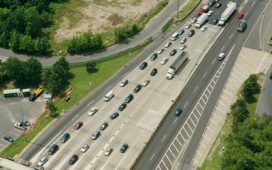 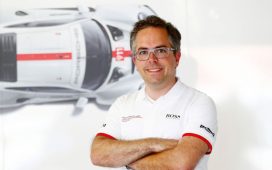