Still in the teeth of a deadly pandemic, the NBA’s San Antonio Spurs started the season on Dec. 23 with no protective bubble and vaccine availability still weeks away. Some 250 people assigned to work 36 home games needed assurance it was safe to work in the team’s one-million-square-foot AT&T Center.

“The staff was eager to return but wanted to know what they were returning to,” Casey Heverling, vice president and general manager of parent organization Spurs Sports & Entertainment, said of those in facility maintenance, security, event operations, cleaning, lighting, and food and beverage service.

Success in reopening a major organization’s megafacility would be closely watched, by anyone wondering if life in a new-normal workplace would remain a treacherous proposition or made more palatable with a slew of gadgets and apps like those the Spurs used.

The club and the Bexar County–owned AT&T Center
T,

deployed a full-court press of technology: two UV-light-emitting robots the size of R2-D2 from Xenex Disinfection Services to clean surfaces, a smart app called ReturnSafe to monitor their health and movements in the arena, a touchless digital system called Teem to book hotel rooms, and other tools.

“
‘There are baseline technologies that most organizations will have to sign up for: health monitoring, workspace redesign for flexible office hours, and filtering systems.’
”

Companies, at least those with the budget to adapt, believe that touchless elevators and doors, wearables, mask technology, air and surface cleansers, reconfigured offices with flexible schedules, on-site temperature taking and contact tracing will, even with the advent of vaccines, play roles in easing the concerns of jittery workers.

“There are baseline technologies that most organizations will have to sign up for: health monitoring, workspace redesign for flexible office hours, and filtering systems,” said Gary Bolles, who as chairman for the future-of-work program at the non-degree-awarding learning community Singularity University closely studies the post-COVID workspace. The mindset of many organizations, he said, is to take existing cybersecurity practices used for the monitoring of employees and apply them to health and safety.

A 3,000-square-foot “safe office” prototype called Workplace 2030 tests a touchless environment that starts with an encrypted mobile app that allows employees to enter the San Francisco office by simply waving a smartphone at a sensor on a door.

Once inside a “mud room” with hand sanitizers and touchless lockers, the worker answers questions on a health-check app and gets a temperature reading via an iPad screen. The employee then checks a digital display that indicates who is in the office and at what worktop the new arrival will be stationed for the day. Plants on walls contribute to air quality and emotional well-being, the designers said.

“The concept is a welcoming work environment, but with epidemiology-guided concepts,” Brandon Cook, founder and executive director of the nonprofit Workplace said of the space, which, he added, has attracted interest from major Silicon Valley companies, tech startups and manufacturers he was not authorized to identify.

The availability of such technology has allowed companies to make better use of office space as well as help employees safely navigate a return to work. More than three in four Americans (77%) said they would wear devices at work to enhance safety, according to a poll from Nymi, a workplace-wearables company.

is one of at least 60 companies that offer wearables in the fight against COVID-19. Bluetooth signals on its Galaxy Watch Active2 smartwatch are used by Ford Motor Co. and others to gauge how far the devices are from each other, helping workers maintain social-distancing practices.

READ  Squire, a barbershop tech startup, triples its valuation to $250M in latest round

IK Multimedia’s Safe Spacer, distance-monitoring technology that can be worn on a wristband, lanyard or keychain, vibrates, buzzes and lights up whenever workers get within six feet of each other, especially in factory and warehouse settings.

There’s also a smart mask: the $150 AirPop Active+ Halo rolled out at the January Consumer Electronics Show. The phone-connected mask comes with a Halo sensor that tracks the wearer’s breathing and nearby air-quality data. An app lets the user know which pollutants and particulates have been blocked, and it can tell the wearer when it’s time to replace the mask’s filter. Also at CES, Seguro introduced a high-end face shield, Airsafe, with an air-filtration and air-purification system, that’s expected to cost $300 to $400.

developed a free app that lets businesses and schools monitor mask compliance. MaskCheck, used at Modern Liquors in Washington, D.C., and at the private Bush School in Seattle, might become a template for company entry lobbies. RealNetworks uses it at its Seattle headquarters.

The software can be loaded on a phone or tablet, turning it into a kiosk for mask monitoring. “We envision every city in the world and every public-health dashboard using data from MaskCheck as a leading indicator for predicting and mitigating the spread of COVID-19,” said RealNetworks CEO Rob Glaser, who compared its impact to digital highway signs that monitor car speeds to reinforce the speed limit.

A new reality of the workplace is touchless technology. “There will be a large percentage of the population that will be touch-averse,” said Darren David, CEO of Freetouch, whose touchless screens are found in public areas at Autodesk Inc.
ADSK,

and at the Reagan Ranch Center museum in Santa Barbara, Calif. Users scan a QR code that turns a cellphone into a controller.

spinoff Kuprion has created ActiveCopper, copper-based technology that when applied on surfaces such as door handles and stair railings eliminates 99.9% of SARS-CoV-2 and other viruses in seconds and lasts up to 30 days. Kuprion plans to partner with third-party vendors to distribute products using the technology, such as a wipe for application, said company CEO Nick Antonopoulos.

A majority of the global workforce (70%) does not feel completely safe working in their buildings, according to a global Wakefield Research survey of 2,500 people who typically work in buildings with 500 or more employees. Nearly one in four remote workers (24%) said they would look for a new job rather than return to a site that did not implement necessary measures, the survey found.

Still, there are employees who thrive on interaction, said Bolles of Singularity University.

“We are looking at a future of less-typical office space,” said Andrew Rubin, CEO of Illumio, a 400-person cloud-security startup with half of its workspace based in Northern California. When the company returns as early as this summer, these technologies are musts: touchless elevators, high-tech UV light and air filters, reconfigured work space with high-walled cubicles, and flexible work schedules.

For now, businesses and other facilities are making do with available face-recognition apps, smart thermometers and improved air filters—especially to accommodate lab work. Such is the case at MIT Labs, where mechanical-engineering professor David Wallace teaches a product-development course that requires in-person attendance.

“This is the new reality in the office or lab,” Wallace said. “It will only get better, one hopes.”

Apple is Taking Its Time with the Foldable iPhone Slated for 2023. Here’s Why 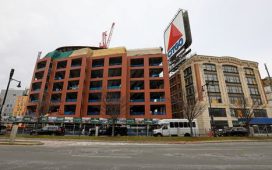 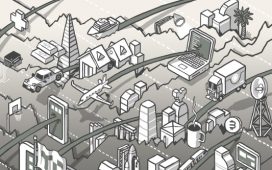 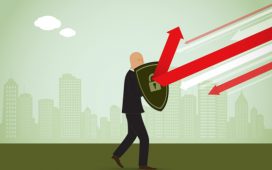 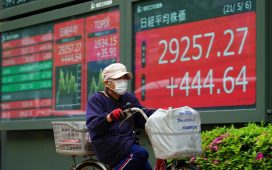