About two weeks ago, we attempted to examine budget smartphones under the microscope. The goal was to look at the very definition of a budget device. We also explored some of the most common factors that become decision-making points for buyers.

Over the next few weeks, we will embark on a quest to further consider and analyse affordable phones that fit the picture. We aim to highlight budget phones that tend to excel in select categories. This should help our readers make wiser decisions based on their preferences and personal tastes.

For the purpose of this article, we will be looking at reasonably priced devices that fall in the price bracket of ₹13,000 to ₹18,000 in the Indian market. Without further ado, here are some of the best budget phones for people weak in the knees over big, beautiful displays.

It is impossible to start off this list for the Indian market without mentioning Samsung devices. The Korean smartphone maker is perhaps one of the only brands in the region offering bright OLED displays on budget devices. The Samsung Galaxy M31s sports a Super AMOLED Infinity-O Display measuring 6.5-inches wide. It has a cutout notch placed dead in the centre of the display. Made out of Gorilla Glass 3, the screen has a 1080 x 2400 FHD+ resolution and a brightness level of up to 420 nits.

Although the Galaxy M31s released in August at a launch price of ₹19,499, the budget phone is currently available in the Indian region for ₹18,499. Those who are looking for a similar device with a waterdrop notch instead can also take a look at the Samsung Galaxy M31. It features a slightly smaller 6.4-inch Super AMOLED Infinity-U display with the same brightness level. The Galaxy M31 is currently available for purchase at a price of ₹15,499.

Next up we have the Galaxy F41 which hit the Indian market earlier this month. The Galaxy F41 boasts a 6.4-inch Full HD+ Super AMOLED Infinity U Display with a 2340 x 1080 resolution. There is a teardrop notch in the middle of the screen for the front camera. Its screen has a peak brightness of 420 nits and a wide 110% NTSC colour gamut. The Galaxy F41 sits on the lower end of the budget price bracket, selling at a retail price of ₹15,499 locally.

Who says a decent display must be an OLED? Yes, it goes without saying that they are inherently better, but with a tight budget expectations need to be lowered a tad bit. On the other hand, the lack of an OLED panel doesn’t necessarily translate to a bad display. With an IP LCD screen that has a dazzling 120Hz ‘RealityFlow’ refresh rate, Xiaomi’s Poco X3 is living proof of this concept.

The Poco X3 features a large 6.67-inch screen with a 20:9 FHD+ resolution and a pixel density of 408ppi. A cutout on the front houses the phone front camera and is situated in the top centre of the display. As for the durability of the glass, users don’t have to worry much as it is made of Corning Gorilla Glass 5. The affordable smartphone is available in a variety of different colours and is priced at ₹16,999.

Oppo A53 is a device that does fairly well in the display sector despite having an IPS LCD. Sporting a 6.49-inch display, the smartphone bears a screen-to-body ratio of 89.2% and has a max brightness of 480 nits. It has a 90Hz refresh rate and a touch sampling rate of 120Hz, resulting in a smooth user experience.

For people who prefer the design aesthetic of pinhole cutouts on displays, this is a suitable device. The Oppo A53 would be great for people who love those quirky wallpapers that are available for some of the more premium smartphones. Unfortunately, the A53 loses points when it comes to the resolution which is merely 1600×720. At an asking price of ₹15,490, some might call this phone a bargain while others might not.

Roughly two months ago, Chinese smartphone manufacturer realme announced the realme 7 for the Indian market. The device features a 6.5-inch Full HD+ LCD display with a resolution of 1080 x 2400. It has a 90.5% screen-to-body ratio and 90Hz refresh rate. This, of course, means that the animations and transitions feel really smooth while using the device. Following what has now become a popular trend, the realme 7 also sports a punch-hole notch on the far left corner of the display. As for the price, budget shoppers can expect to pay ₹15,000 and upwards for the device.

With that, we conclude our list of recommendations for frugal buyers. What did you think of our selection of budget smartphones sporting great displays? Which device would you prefer if your budget fell in the aforementioned price range and the focus was on the display quality? Let us know in the comments below!

As an Amazon Associate, Neowin may earn commission from qualifying purchases. 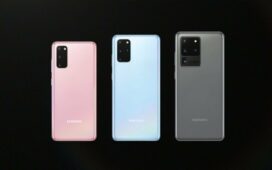 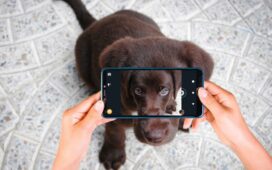 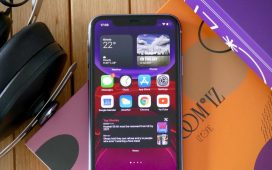 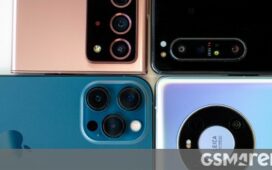 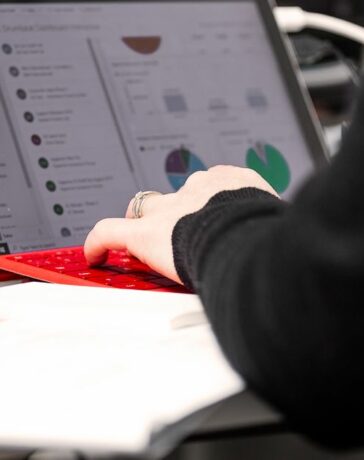