Dominic Raab has defied the trend for Conservative politicians to pose in front of union flags when appearing on television via video call, instead opting for an old-fashioned world map, a framed engraving and … a broom.

It was the foreign secretary’s broom that drew particular comment on Wednesday morning, as Twitter users speculated as to why it was resting up against the door of the room he was broadcasting from.

It appeared, suggested one user, that Raab had positioned the broom as a wedge against the door “to keep the family out”. Another replied: “What’s the betting the family put a broom on the other side first?”

The perhaps not-so-carefully curated background to Raab’s television appearance came after a number of his Conservative colleagues were seen to have the national flag hanging in apparently informal circumstances at home or in the office.

Boris Johnson, Priti Patel, Grant Shapps, Gavin Williamson, Robert Jenrick, Matt Hancock and Nadhim Zahawi are among the senior Tories who have had flags on prominent display when broadcasting recently. Another Conservative politician hung bunting above her head before appearing on a broadcast video call.

There is no suggestion that Raab intended any affront to his colleagues by not choosing to fly the flag in his house. One sensible explanation of his decision, which appeared on social media, was that the broom was there to gently keep the door closed.

“My guess is that the latch is broken and the door swings open otherwise,” wrote a Twitter user going by the name of Richard. “This is his stopgap solution. I have a door like this that I’ve only recently fixed.

The Guardian asked the Foreign, Commonwealth and Development Office if any symbolism was intended by the broom, but had not received a reply by the time of publication. 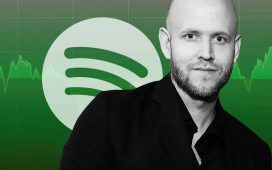 Spotify rules out imminent price rise in US market

Spotify is Looking to Make Podcasts a Bigger Focus, with New Tools to Translate Written Content in Audio Feeds 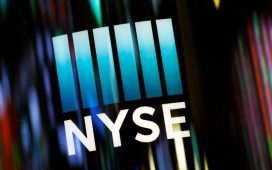