Broomfield County on Monday shifted back to Level Orange coronavirus restrictions on the state’s color-coded dial.

A move from Level Red to Level Orange shifts indoor dining from previously being closed to being capped at 25% capacity or 50 people. Outdoor dining restrictions loosen from open air only with groups from one’s households to now allowing six feet between parties. Last call moves from 8 p.m. to 10 p.m., while bars that do not serve food will still remain closed.

EAT! Food & Drink General Manager Brittany Bartlett said she and her staff were “ecstatic to have guests back in the building” at the Broomfield restaurant Monday.

“Safety of our guests and our staff is always our no. 1 priority. We never want to put anyone at risk,” Bartlett said Tuesday, noting the restaurant’s extensive safety guidelines.

She said she was both excited and in shock after learning of Polis’ Dec. 30 decision.

“We’ve been wanting and praying for this for so long, when he announced it, we were like, ‘Really?’ Our hope is that it does stick,” she said. “It’s nice to have guests back in the building and have our regulars.”

Polis’ evening announcement came as applications opened for Broomfield’s Back to Business program, which will allow approved businesses to operate at one level lower than the current county restrictions on the colored dial through the statewide 5-Star Certification Program.

When Back to Business launched, Broomfield was in Level Red, meaning approved businesses could operate under Level Orange restrictions.

But Monday evening, the City and County of Broomfield announced that Back to Business certified businesses will be able to operate in Level Yellow starting 12 a.m. Jan 11, once Broomfield has sustained two weeks in the Level Orange metrics, and as long as there are no future surges in cases.

In order to qualify for the program, Broomfield outlined both general and industry-specific mitigation strategies that businesses must follow. For all businesses, masks are mandatory and 6-foot distancing must be maintained. Daily symptom and exposure checks and regular sanitation is required. Customer names and their contact information must be recorded for contact tracing and there must be sufficient, quality ventilation. Exposure notification service promotion is required and the avenue for a customer to log complaints must be publicly displayed. Businesses are required to put forth “extra effort to create special hours” for at-risk populations and there must be a business-specific written implementation and compliance plan filed.

Bartlett said EAT! Food & Drink submitted a Back to Business application as soon as it was available. She said the restaurant was approved and they are expecting an inspector to visit Thursday, the next step in the process.

North Side Tavern, which closed its doors in early December temporarily, will not be reopening under Level Orange or be applying for Back to Business, owner Steve Bauer said.

“As a full-service neighborhood restaurant, at 25% capacity we lose more money than being closed,” he said Tuesday. “I appreciate all the work Broomfield has done to help small businesses with these programs. It’s going to be great for some businesses, but not for mine.”

Bauer chose not to apply for Back to Business, and said he doesn’t want to have people come in and his staff have to police guests rather than offer hospitality.

“I can’t agree to rules that I don’t think people are going to do,” he said, citing the requirement to take down customer’s contact information for contact tracing.

As of Monday morning, Broomfield was one of 33 counties sitting in Level Red, state data showed. Colorado Department of Public Health and Environment announced Monday evening counties in Level Red moved to Level Orange and the state website was updated to reflect the move. After the move, data shows that just four of the state’s 64 counties are not in Level Orange.

“Our goal is to empower counties to operate with the least restrictions possible, while at the same time ensuring protection of the public’s health and Colorado’s hospital capacity,” Colorado Department of Public Health and Environment Executive Director Jill Hunsaker Ryan stated in a news release. “We are closely monitoring disease transmission while working to provide much-needed economic relief by allowing businesses to operate with fewer restrictions.”

Where a county can operate on the state’s dial was previously dictated by three factors that measure the spread of the virus in the county. In Broomfield, the two-week cumulative incidence rate on Tuesday is 323.6, which falls into the orange zone. The county’s two-week average positivity rate is 5.1% and there have been 11 days of declining or new stable hospital admissions, both of which fall into the yellow zone.

Officials credit the virus’ slower spread in Broomfield to community diligence. But if cases do surge, Colorado Department of Public Health and Environment still has the power to move Broomfield to a more restrictive level.

The city and county of Broomfield noted in an email update it is still operating under the COVID-19 dial public health order, and “as such, if the data indicates, the state could impose more restrictive measures if unintended spikes occur from holiday gatherings (or) the newly discovered B.1.1.7 variant — which we know spreads more rapidly than the COVID-19.” 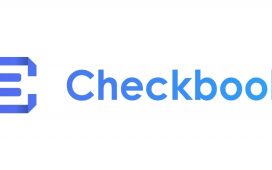 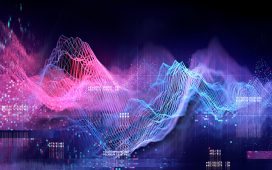 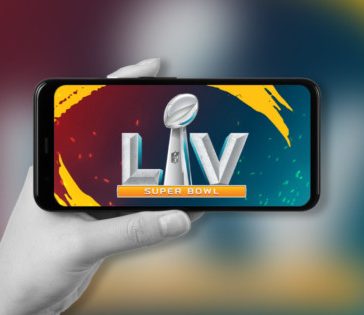