BROCKTON — When Claire Cronin ran to represent the 11th Plymouth District in 2012, it was her first time seeking public office.

“I have appreciated that I have been given a lot of responsibility during my time in the legislature where I have had the ability to work on issues that are important to me and my district,” Cronin said. “I always appreciate that I have been put into positions that have given me the opportunity to build up a legislative record.”

Stepping into the role

She is humbled, honored and looking forward to the work as majority leader, she said. Cronin will balance that with her work representing Brockton and Easton, which she said will be her first priority.

One of her responsibilities as majority leader will be to help advance priorities of the speaker of the House and Democratic House members. As a member of the leadership team, she will help set priorities for the House.

When he became speaker in January, Mariano pledged to have his leadership team reflect the growing diversity of the House and Massachusetts.

Mariano said Cronin has “qualities in abundance” to be successful as majority leader.

“She owes her record of getting things done not just to her sharp intellect and deep policy knowledge, but also to the methodical way in which she respectfully engages with each Member and considers their viewpoints,” the Quincy Democrat said in a Friday statement.

“Those skills will be even more necessary now as the House and the Commonwealth continue to respond to and recover from this pandemic.”

Cronin said she has worked with Mariano in the past, including when they were on the conference committee for the 2018 criminal justice bill that was signed into law.

This structure has some similarities at the federal level. The U.S. House has a speaker. There are a majority leader, whip, assistant speaker and caucus chair leadership members for the Democratic and Republican parties. The Speaker is also elected by the whole House and party members choose their own leadership.

“Majority Leader Cronin is the first female majority leader and holds the most influential position any elected official from Brockton ever has,” Rep. Gerry Cassidy, a Brockton Democrat, wrote on his Facebook page. “I am so proud of her and grateful for her leadership and friendship.”

Cronin joins the ranks of several Brockton natives who have served in higher state office roles.

William Lewis Douglas, a former Brockton mayor who owned the W.L. Douglas Shoe Co. in the city, served as governor from 1905-06. And U.S. Congress member Hastings Keith represented the 9th district from 1959-63 and the 12th district from 1963-73.

Brockton Mayor Robert Sullivan said that what happens on Beacon Hill has a huge impact on what happens in the community.

“The City of Brockton will greatly benefit as Leader Cronin will be essential to our efforts as we rebuild from COVID-19 and work toward improving transportation, building new housing, ensuring equitable health care, improving our schools, making our community safe and creating a strong local economy that works for all,” he said in a statement.

Easton’s Stonehill College, Cronin’s alma mater and an institution in her district, called her a neighbor and friend who is a dedicated, hardworking public servant and leader.

“We prepare our students to make a difference in the world and Claire, who was a political science major, does so with a strong mind and a stronger heart,” the college said in a statement.

Cronin graduated from Brockton High School and attended Stonehill College. As a student she interned at the State House and said working there was something she was interested in.

“I grew up in a family that there was a strong focus on public service and working within your community to do good things,” Cronin said.

Her uncle, C. Gerald Lucey, was mayor of Brockton and a representative in the State House in the 1950s, and Cronin’s mother was a teacher.

Later Cronin went to Suffolk University Law School and opened a law practice on Pearl Street in Brockton, focusing on criminal and civil cases and serving as a mediator. She gave up her law practice right after her 2012 election.

In the general election, she beat Republican Daniel Murphy, an Easton selectman who lived across the street from her.

Cronin has run unopposed and won reelection four times, according to the Secretary of State’s office, which oversees elections.

The best part of her job has been serving the people in Brockton and Easton, Cronin said.

“I love the connection to my community. I love the people I work with every day, the people I have been able to help, the stories that I heard (and) the challenges we faced,” she said.

One issue she has advocated for is education funding. Cronin has worked to increase Chapter 70 state aid for the city’s public schools and supported efforts to increase equity and high-equality education across the state.

She helped pass the 2019 Student Opportunity Act, which will invest $1.5 billion in the public education system. School districts including Brockton are expected to gain additional funding from it.

This year she is hoping the governor will fully fund the act in his budget.

Cronin is also proud of bills she worked on when she chaired the Judiciary Committee.

Cronin said she’s also proud of local efforts, such as when the Brockton delegation partnered with the Brockton Area Branch NAACP to promote prostate cancer awareness and testing. She said it has helped people get diagnosed earlier.

The COVID-19 pandemic has been all-encompassing and has brought on issues that lawmakers have sought to address, like helping residents file for and receive unemployment benefits.

An issue now is getting more vaccine doses to the Brockton area and adding more places for people to get vaccinated, she said.

The pandemic has required lawmakers to come together, and Cronin said they have done a good job at legislating and carrying out sessions remotely.

“Despite the pandemic, we have been able to continue working without a hitch,” she said.

As a lawmaker, Cronin said her approach to the job has been being a work horse more than a show horse.

“I believe there is always plenty of work to do. If you want to throw yourself into the work and really dig deep, the work is there,” she said. “The ability to make change, if you’re willing to do it, is always there.”

Material from State House News Service was used in this report.

Staff writer Mina Corpuz can be reached by email at mcorpuz@enterprisenews.com. You can follow her on Twitter @mlcorpuz. Support local journalism by purchasing a digital or print subscription to The Enterprise today. 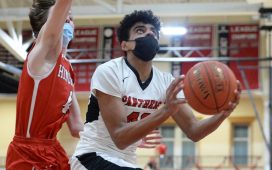 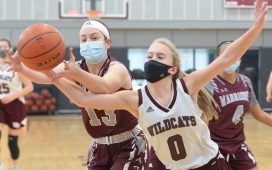