Lyall joins from Freeda Media, where she is country manager, having moved there from WPP’s Mindshare in 2019.

At Brainlabs, her task will be to run the UK Brainlabs business, which comprises 250 staff and a client roster that includes Formula One, the Financial Times and Which?

Lyall will report to Matt Adams, global managing director of Brainlabs, who joined the agency last year from Havas Media, where he was UK & Ireland group chief executive.

The appointment does not affect the duties of Dan Gilbert, Brainlabs’ founder and chief executive.

Lyall said: “I am thrilled to be joining an incredible team and unique business. Brainlabs’ combination of tech, experimentation mindset and growth culture is a true reflection of what is most important in performance marketing right now.”

Lyall joined Mindshare in 1998, the year after it was founded, when WPP merged the media departments of Ogilvy & Mather and J Walter Thompson to form a new shop.

Lyall is the latest in a series of appointments by Brainlabs over the past year, including Adams, Mark Syal from Essence, former Zoopla digital marketer Anu Adegbola and Carat strategy partner Venya Wijegoonewardene.

Brainlabs sold a minority stake to private equity company Livingbridge in 2019, when Gilbert claimed he wanted to turn the performance marketing specialist into “the biggest advertising agency in the world”. Since then, it has acquired US paid search shop Hanapin Marketing and SEO specialist Distilled.

Gilbert founded Brainlabs in 2012 after quitting Google, and has built it into one of London’s most rapidly growing digital agencies, amid a surge in growth in performance media on platforms such as Google Search, Facebook, YouTube and programmatic display ads on the open web.

Adams added: “Jo will bring to both Brainlabbers and our clients the best of all worlds – an experienced top calibre of leader coupled with acute entrepreneurial flair. Jo will bring out the best of our people and continue to drive our experimentation approach to marketing.” 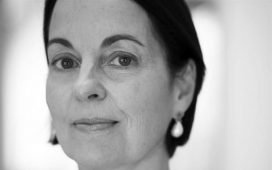