This week’s selections include turning to the BWC as a framework for international pandemic mitigation; Ebola’s ability to hide in the body for years; and the national security realities of offshoring most biopharma manufacturing.

Ready or Not 2021: Protecting the Public’s Health Against Diseases, Disasters, and Bioterrorism

Could the Bioweapons Treaty Be Another Tool for Addressing Pandemics?

In light of COVID-19, perhaps now is the right time to revisit the 46-year-old treaty Biological Weapons Convention and make it a better tool against future biological threats, including both deliberate biological attacks and pandemics. Bulletin of the Atomic Scientists

A proposal to introduce so-called “vaccine passports”, to be put forward on March 17th to aid free movement within the EU bloc, will only be valid with EMA-approved vaccinations, citing the rationale that vaccines from unapproved companies will not be covered by the EU liability clause and quality control. EuroNews

The Stakeholder Panel on Agent Detection Assays: Standards for Next Generation Sequencing Applications

AOAC International is proposing the formation of a funded, multi-year standards development program to create consensus standards and methods for the use and further development of NGS and bioinformatic applications. AOAC seeks to adapt and expand the use of in silico analysis, molecular diagnostics and next generation sequencing applications for high priority unculturable and emerging biothreat pathogens for environmental surveillance. AOAC International

The measure is the latest effort by Republican lawmakers to rein in DeWine’s authority to issue statewide orders such as mandatory mask wearing and limits on the size of crowds at sporting events. Among other provisions, the bill limits public health orders to 90 days and would allow the Legislature to terminate them after 30 days with a “concurrent resolution,” a fast-tracked vote different from normal legislation. Associated Press

The vaccine was 86% effective in protecting against the more contagious virus variant first discovered and now prevalent in the United Kingdom, for a combined 90% effectiveness rate overall based on data from infections of both versions of the coronavirus. Efficacy for the South African variant was lower, but still fully prevented severe illness. Novavax expects data from a 30,000-person trial in the United States and Mexico by early April. Reuters

Study to enroll 60 participants previously vaccinated with mRNA-1273 in Phase 2, to evaluate booster vaccine candidates against the B.1.351 variant first identified in South Africa. Moderna

The trial is expected to enroll 415 participants to in a clinical trial for MRT5500, an mRNA vaccine candidate against SARS-CoV-2. Interim results are expected in Q3 2021. In parallel, preclinical studies are underway to evaluate additional mRNA candidates against emerging SARS-CoV-2 variants. Sanofi

Last month, the University entered into a $54,000 settlement agreement with the U.S. Department of Commerce Bureau of Industry & Security (BIS) over 37 export violations involving “various strains and recombinants of an animal pathogen” over a five-year period. Chemistry World, Bureau of Industry and Security

African swine fever, which first swept through China in 2018 and had spread across most of the country by the end of 2019, dramatically disrupted pork supplies –increasing the potential for human-virus contact as people sought out alternative meats. Pork is the main meat source in the Chinese diet, and the country produces half of the world’s pigs. The Guardian

Weber’s current mission is to spread the word that while bioweapons are terrifying, scientific advances also leave them on the verge of becoming an outdated technology. He thinks there is an overwhelming case to increase our investment in two new technologies that could dramatically reduce the risk of bioweapons and end natural pandemics in the process: mass sequencing and mRNA vaccines. 80,000 Hours

Last fall, the U.S. Air Force simulated a conflict set more than a decade in the future that began with a Chinese biological-weapon attack that swept through U.S. bases and warships in the Indo-Pacific region. Then a major Chinese military exercise was used as cover for the deployment of a massive invasion force. The simulation culminated with Chinese missile strikes raining down on U.S. bases and warships in the region, and a lightning air and amphibious assault on the island of Taiwan. Yahoo News

Ebola Survivor Infected Years Ago May Have Started New Outbreak

The discovery that a survivor from the 2014-2016 Ebola outbreak likely sparked the current outbreak has profound implications. The finding, based on genetic sequencing of virus samples taken from patients in the current outbreak, shocked researchers. Until now, the longest the virus had been known to persist in a survivor was 500 days. In this case, the virus was harbored for at least five years and then transmitted it via semen to a sex partner. New York Times

Despite the amount of efficient Ebola virus therapeutic antibodies reported in recent years, their application in tropical endemic areas has remained limited due to the low thermal stability of mammalian antibodies. A highly thermostable therapeutic polyclonal antibody against EBOV was developed based on chicken immunoglobulin Y (IgY). The EBOV specific IgY antibodies displayed excellent thermal stability, retaining their neutralising activity at 25°C for one year. PLOS Neglected Tropical Diseases

This study aims to identify the main characteristics of diagnosed ricin poisoning cases worldwide in order to raise awareness of this toxin among the population and clinicians. A collection of human case studies of ricin intoxication in the world was produced. Toxicon

Regional Security and the Chemical Weapons Convention: Insights for the Middle East (Part 2)

This posting analyses how the Middle East followed a different course regarding the CWC in the early 1990s and identifies the lingering consequences for regional disarmament today. The Trench

The UK Biological-Warfare Program: Dual-Use Contributions to the Field of Aerobiology

Between 1940 and the late 1950s, the United Kingdom had a limited biological program to provide a retaliatory capability should UK forces be attacked using biological warfare (BW). Aspects of BW defense have been investigated from 1940 up to the present day. Techniques, processes, and equipment used within biological research programs are recognized to have dual-use applications; aerobiology is one such dual-use area. The Nonproliferation Review

There have also been approximately 300 findings of avian influenza in wild birds in 69 locations across Great Britain, including Avian Influenza A(H5N8) among other subtypes. Public health follow-up of these detections has not identified any human infection to date. Following human cases of Avian Influenza A(H5N8) reported to WHO for the first time in February 2021 from Russia, the public health risk has been reviewed. GOV.UK

‘An Accelerated Cauldron of Evolution’: Covid-19 Patients With Cancer, HIV, May Play a Role in Emergence of Variants

Optimising Passive Surveillance of A Neglected Tropical Disease In The Era Of Elimination: A Modelling Study

Surveillance is an essential component of global programs to eliminate infectious diseases and avert epidemics of (re-)emerging diseases. As the numbers of cases decline, costs of treatment and control diminish but those for surveillance remain high even after the ‘last’ case. Reducing surveillance may risk missing persistent or (re-)emerging foci of disease. Here researchers use Gambian human African trypanosomiasis (g-HAT) in north-western Uganda to establish a simulation-based approach to determine the minimal number of passive surveillance sites required to ensure maximum coverage of a population at-risk of an infectious disease. PLOS Neglected Tropical Diseases

Disparities were substantial during January–April and generally decreased during May–December, largely because of a greater increase in incidence among White persons, rather than a decline among racial and ethnic minority groups. The largest persistent disparities involved Native Hawaiian and Pacific Islander, American Indian or Alaska Native, and Hispanic persons. MMWR

Long Covid Isn’t As Unique As We Thought

Some scientists are raising complaints about their interactions with GISAID. They reported an opaque process of gaining access, unexplained interruptions once access was won, and phone harangues or threatening legal letters when they got on the wrong side of GISAID’s strict rules against resharing data. Science

See also  Green glow seen in the atmosphere of Mars, similar to Earth's from space station- Technology News, Firstpost
Share on FacebookShare on TwitterShare on LinkedInShare on Reddit
techregisterMarch 14, 2021

As Delta spreads, Pfizer and Moderna get set for a booster shot to profits | Pharmaceuticals industry 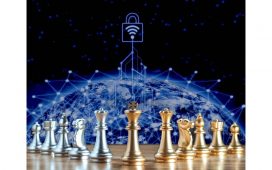 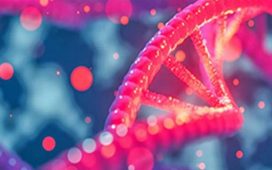 Explained | Do the new findings on genome sequencing provide a better understanding of the human body? 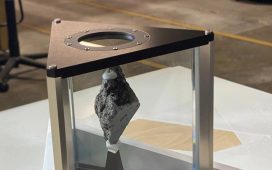 Congress must aspire to be like Apple, and not BlackBerry