The billionaire brothers who own B&M have handed themselves a £30m payout after the fast-growing discount retailer reported booming sales in the run up to Christmas.

Simon Arora, B&M’s chief executive, and his brother Bobby will receive the sum as part of a £200m special dividend payment to shareholders. The pair own all the shares in Luxembourg-based SSA Investments, B&M’s biggest single shareholder, with 15% of the company.

It follows a £44m payout to the brothers two months ago, and means that in total their investment vehicle has received dividends worth almost £100m during the last 12 months, putting the Aroras among the best-paid company leaders in Britain. The Sunday Times Rich List estimated their net wealth at £2.1bn last year.

B&M, which sells items ranging from frozen foods to plants and homewares, has been one of the most prominent corporate beneficiaries of the coronavirus pandemic, as locked-down shoppers switched their spending to essential retailers that remained open.

The latest payout is the third dividend payment the retailer has made to shareholders during the last 12 months. In April it paid a £150m dividend after selling and leasing back a Bedford warehouse, while in November it gave shareholders more than £290m.

B&M said on Thursday it would award 30,000 workers an extra week’s wages as a bonus. A spokesman declined to detail the total size of the staff payment.

Profits at the company could have been higher, but it last month bowed to public pressure to return £80m in business rates relief given by the government to help companies through the pandemic. After it became clear that sales at essential retailers had remained high, most major retailers belatedly returned the payouts.

READ  HS2: UK in talks with China over construction of high-speed line

The latest payout came as B&M continued its rapid growth. B&M does not sell products online, meaning it has missed out on the soaring demand for home delivery of groceries and other retail products. However, the retailer has benefited from the change in spending habits as shoppers eschewed the high street in favour of out-of-town stores to avoid crowds. B&M said like-for-like sales in UK stores surged by 21.1% in the three months to Boxing Day.

The retailer, which had 21 stores when taken over by the Aroras in 2004, has 673 UK shops and 104 in France, but has promised more this year. It reported revenues of £11.4bn during its latest financial quarter, up 23% on the previous year. Revenues for the first nine months of its financial year have reached £3.6bn, almost a quarter up year-on-year.

Simon Arora said the latest lockdown meant there were uncertainties ahead, but added that he was confident in the retailer’s cheap prices and its focus on out-of-town locations. 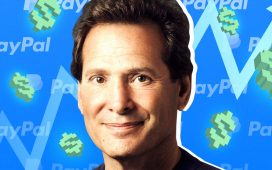 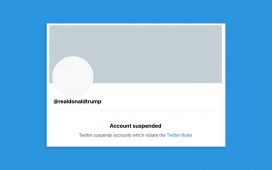