Big tech’s role in the spread of misinformation and “fake news” is well documented, and as we enter a U.S. presidential election year you might expect the issue to be a burning priority.

In the face of public scrutiny, tech giants have begun targeting various credibility issues over the past year, with Facebook introducing measures to downgrade (but not ban) posts that promise miracle cures, and YouTube announcing plans to curb conspiracy theory video recommendations, including claims that the moon landings were faked and the Earth is flat. Elsewhere, Twitter acquired a machine learning platform that helps spot fake news.

But the fake news problem is far from contained, in spite of some companies’ steps to regulate or ban false and micro-targeted political ads. Meanwhile, these companies are facing a global push to crack down on at least two other manifestations of “fake” content — goods and reviews.

Today, the Trump administration is set to unveil a slate of measures designed to combat fake items sold on marketplaces such as eBay and Amazon.

The total value of fake goods sold globally was pegged at around $1.2 trillion in 2017 and will reportedly hit nearly $2 trillion this year. More specifically, luxury brands, including those that sell clothes and jewelry, are estimated to lose more than $30 billion annually to online counterfeit sales.

Back in January 2018, the United States Government Accountability Office (GAO) published a study in which it bought 47 branded items from Amazon, eBay, Sears, Walmart, and Newegg. It turns out 43% of the goods were counterfeit, according to the report. Last April, President Trump signed an order that tasked the Department of Homeland Security and the Commerce Department with drawing up plans to combat the sale of fake goods on the internet, including investigating supply chains and tracking down sellers, as well as cracking down on the marketplaces themselves.

“This is a warning shot across the bow that it is your job [the marketplaces] to police these matters, and if you won’t clean it up the government will,” Peter Navarro, director of the White House National Trade Council, said at the time.

Fast-forward to 2020, and the Trump administration is set to announce its next steps when it convenes at the National Intellectual Property Rights Coordination Center in Arlington, Virginia later today. Plans will include levying “civil fines and other penalties” against sellers in the U.S., as well as seeking legal remedies that will “explicitly permit the government to seek injunctive relief against third-party marketplaces and other intermediaries dealing in counterfeit merchandise,” according to an official quoted by the Wall Street Journal.

Both eBay and Amazon have for some time faced criticism for facilitating the promotion of counterfeit goods, with fake fashion accessories and jewelry areas of particular concern. Both companies have launched initiatives to demonstrate they’re trying to stop the practice — back in 2017, eBay launched an authentication service with a broad focus on giving “high-end” goods an official stamp of approval prior to sale. This feature relies on a network of professional authenticators who take receipt of a seller’s products, validate them, and then sell them directly to the buyer. Last year, Amazon launched a program called Project Zero that uses machine learning and other automated tools to help brands take down counterfeit goods on Amazon’s marketplace.

Last week, Amazon announced it was planning to crack down on counterfeit goods by giving law enforcement more data, such as a merchant’s name and contact information once Amazon has confirmed the seller is indeed hawking fake goods. Presumably, this was a response to the Trump administration’s efforts to get marketplaces to adopt tougher measures.

On the other side of the Atlantic, the U.K.’s Competition and Markets Authority (CMA) this month singled eBay and Facebook out for the spread of fake and misleading reviews on their respective platforms. According to the CMA, consumers spend billions of dollars each year based on “write-ups of products or services,” which means fake and misleading reviews — illegal under U.K. consumer protection law — are a serious issue.

According to the CMA, Facebook and eBay have agreed to better identify, investigate, and respond to false or otherwise misleading reviews. This has led to Facebook removing nearly 200 groups and 24 user accounts, while eBay banned 140 users for illicit practices. The CMA also said it found fake or misleading reviews for products on Instagram, which Facebook — Instagram’s parent company — is now investigating. Moreover, both companies have apparently put in place measures to “prevent this type of content from appearing in the future,” according to a statement released this month.

“Fake reviews are really damaging to shoppers and businesses alike,” noted CMA CEO Andrea Coscelli. “Millions of people base their shopping decisions on reviews, and if these are misleading or untrue, then shoppers could end up being misled into buying something that isn’t right for them — leaving businesses who play by the rules missing out.”

The CMA was quick to stress that it’s not alleging Facebook or eBay were intentionally allowing this content to appear on their sites, but the problem highlights an underlying issue. These companies can’t keep on top of the billions of user interactions that span their online properties — or they’re simply unwilling to prioritize that kind of effort. The widespread lack of accountability is one reason we’re seeing more efforts to tackle the problem from a regulatory standpoint.

Thwarting counterfeit handbag sales and falsified reviews is a good first step. But with Facebook brazenly selling political ads based on lies, and Twitter awash with stunts designed to mislead voters, it’s a shame lawmakers aren’t doing more to address the problem of fake news, especially given the influence it had on the last presidential election. 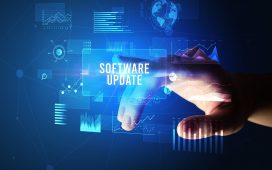 Legacy apps are at risk with the September Patch Tuesday update 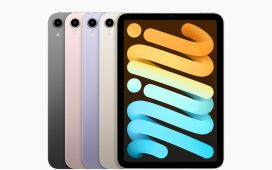 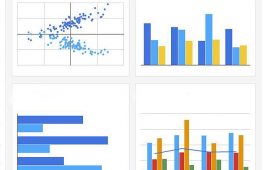 Best-loved productivity tools of the rich and famous 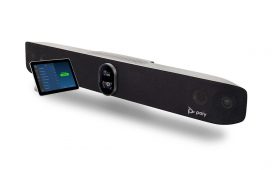 The problem with the Poly Studio E70 and X70

Microsoft: VM requirements for running Windows 11 are the same as physical PCs – except we won’t check them