The news leaking from the White House is that President Biden may finally ease tariffs against some Chinese goods—a mere 18 months into his Administration. The extended indecision underscores that Mr. Biden essentially has no trade policy while the rest of the world moves ahead with new trade deals.

tariffs, Mr. Biden said, “No. Hey look, who said Trump’s idea’s a good one?” He said they harmed U.S. manufacturing and agriculture, but in office he has failed to act.

The tariffs were supposed to be strategic leverage to change China’s policies, but they’ve mostly hurt U.S. farmers, consumers and businesses. U.S. duties and China’s reciprocal tariffs cost Americans some $40 billion in 2018 alone, according to the Institute of International Finance. Beijing also missed its promised target for buying more U.S. goods by $86 billion in 2021.

Cutting tariffs on consumer imports would help ease inflation by as much as 1.3 percentage points in one estimate. It would also open up China to more U.S. exports, such as

aircraft. Some 150 Boeing-made airplanes worth some $10 billion in sales are sitting on a tarmac waiting for Chinese government approval. Europe’s

has filled the gap by delivering 197 aircraft to China since 2021.

U.S. tariffs are blunt instruments that harm Americans more than they harm the Chinese Communist Party. A smarter policy would form alliances with other countries to focus on specific predatory behavior—such as cybertheft and telecommunications. The smart play now would be to ease tariffs on consumer goods—the kind sold at

—in return for China lifting obstacles to U.S. airplanes and other exports.

While Mr. Biden dithers, Pacific nations continue to strengthen trade with each other. The President in November declined to join the Comprehensive and Progressive Trans-Pacific Partnership (CPTPP), successor to the deal that Mr. Trump walked away from in 2017 that has boosted trade independent of China.

Now Beijing is stepping into the gap left by Washington’s absence. In January, China, Australia, Japan and nine other countries began the Regional Comprehensive Economic Partnership. The deal reduces tariffs gradually and could add $186 billion a year to the world economy, according to the Brookings Institution.

The Administration has also slow-rolled trade talks with the U.K., despite Britain’s eagerness since it left the European Union in 2020. The President’s biggest trade move with Canada last year was to double the tariff on softwood lumber imports. The Commerce Department reversed course in February as home-building costs rose. But it still wants a tariff of 11.64%—30% higher than when Mr. Biden took office.

All of this is a failure on the President’s own terms. “America is back” was his early mantra, including a pledge to help U.S. businesses “win on the world stage.” Mr. Biden said he’d improve on Mr. Trump’s policy by strengthening trade with European and Asian allies, and then pressure China with a united front.

But the Administration has reverted to protectionism. The few industries that benefit from the Trump tariffs have lobbied President Biden to delay or block new trade agreements. Mr. Biden and U.S. Trade Representative

are more eager to show their pro-union bona fides than to strike deals to grow the economy. Deals to lift tariffs on European and Japanese metals included limits on the volume that can be imported duty-free. The limits were based on historic import levels, meaning U.S. businesses will pay once they need to expand their purchases.

In lieu of joining CPTPP, the Administration in May launched its own Pacific trade framework. It proposes shared standards in areas like taxation and green energy but lacks binding commitments such as tariff cuts. The Biden framework includes the promise of a digital-trade deal but without any details. U.S. allies in Asia are seeking updated standards on cybersecurity, international data storage and other fixtures of 21st-century commerce. The new agreement cites these issues as priorities but takes few steps toward an actual deal.

Free-trade agreements and better digital-trade rules are in the U.S. economic and strategic interest. Joining CPTPP and striking a U.K. deal would grow the world economy and strengthen alliances. A U.S.-led pact on data exchange would increase digital trade and security before China sets the terms of that trade.

Mr. Biden’s trade abdication is all the more puzzling given inflation and the risks of recession as interest rates rise. It’s another example of this White House putting politics above policies that spur economic growth. 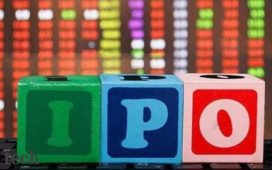 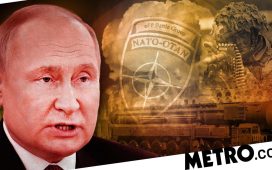 Nuclear war between the US and Russia ‘would cause global famine’

How do I keep my children safe online? Advice from the front lines, including teens themselves 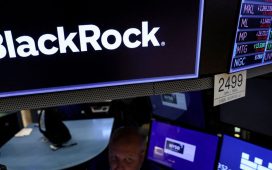 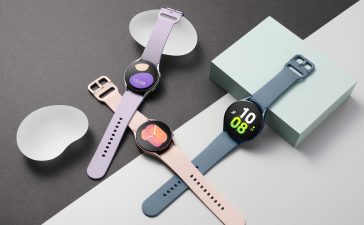