Of these cap-and-trade systems, the EU, Norway, Iceland and Liechtenstein jointly have the world’s largest. Still, it only covers sectors – from power generators to steelmakers and airlines – that account for 40 per cent of European emissions, so the system must be expanded. Even then it still faces a bigger problem.

It’s that the rest of the world isn’t in the system. This both slants the economic playing field against European companies and leads to “carbon leakage.” Take a European steel company, for example. It must buy allowances to emit carbon, which is a cost. To avoid that cost, it can invest in technology that makes production cleaner, but that’s also expensive.

By contrast, a Chinese steelmaker doesn’t incur this cost yet. A European firm that uses steel could therefore simply switch to buying it more cheaply from China than from the home market. The European steelmaker and its workers lose. And the world loses because the same amount of carbon – or even more – has been emitted, just elsewhere. Only the Chinese supplier wins.

This is the classic problem of free riding, as analysed by the economist William Nordhaus among others. In a nutshell, countries have an incentive to share in the benefits of a global public good – saving the climate – while shirking the costs of abatement. This logic, also known as the “tragedy of the commons,” explains why purely voluntary international climate deals such as the defunct Kyoto Protocol or the Paris Agreement tend to disappoint.

The solution to the free-riding dilemma is the club model proposed by Nordhaus and now endorsed by sharp minds such as Guntram Wolff, the director of Bruegel, a think tank in Brussels. Here a group of countries would agree on a minimum international carbon price.

READ  The Foreign Minister has called for a cancer review

All club members would then set about reaching that price with either a carbon tax or a cap-and-trade system, the equivalent of their club dues. As long as their domestic carbon prices are high enough and comparable, there’s no need for club members to punish each other’s imports, so they trade freely (if you ignore other tariffs and quotas for the moment).

Non-members of the club, by contrast, would have to pay countervailing carbon duties on their exports to the club. The EU calls this a “carbon border adjustment mechanism” (CBAM). Unlike ordinary tariffs, the surcharges wouldn’t aim at making domestic producers more competitive but at spreading the cost of global carbon abatement. So they should be allowed by the World Trade Organization.

To existing members, the benefits of membership would be obvious, so the club would be a stable coalition. All others would quickly see the upside of joining the club by aiming for the same international carbon price at home.

As a first and relatively small demonstration project, the EU could link its emissions trading system with whatever the UK implements, now that it’s left the European regime (thereby causing that system to shrink by 11 per cent overnight). Simultaneously, the Biden administration could work on the bigger goal of introducing a national cap-and-trade for the US.

All the while, diplomats on both sides of the pond would be preparing the transatlantic carbon club, a trade zone without internal carbon duties. Compared to negotiating comprehensive free-trade deals, such as the moribund Transatlantic Trade and Investment Partnership, this should be a cinch.

In the process, the Western democracies would once again act as world leaders playing on the same team. But their club isn’t meant to be exclusive. Rather, it would measure its own success largely by how many new members it can attract over time. It would welcome the world’s biggest emitter of greenhouse gases, China, with particular enthusiasm.

If we still have a shot at controlling global warming, this might be it. Moreover, this kind of positive cooperation between rivals in east and west would have other benefits. Anxiety is growing that the enmity between the US and China could one day end as the contest between Imperial Germany and the British Empire once did: in war. A successful collaboration against the common enemy, global warming, could defuse this conflict – and save the planet along the way.

This column does not necessarily reflect the opinion of the editorial board or Bloomberg LP and its owners.

Andreas Kluth is a columnist for Bloomberg Opinion. He was previously editor in chief of Handelsblatt Global and a writer for the Economist. He’s the author of ‘Hannibal and Me.’

Start the day with major stories, exclusive coverage and expert opinion from our leading business journalists delivered to your inbox. Sign up for the Herald‘s here and The Age‘s here. 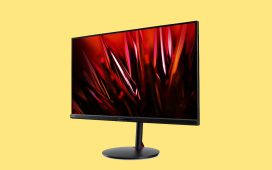 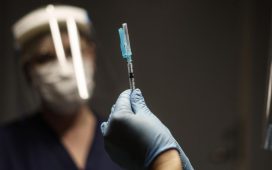