Many moons ago—perhaps even a decade ago in 2020 years—I called the Creative Outlier Air the best true wireless earbuds for the money. Now, Creative is back with the aptly named Outlier Air v2, which fixes the most nagging issue with the v1 (spoiler: the buttons). But the true wireless landscape has changed dramatically in the last year, so can the $69 v2 hold the best value title?

Since I reviewed the original Outlier Air last year, I’ve gotten to spend time with roughly a dozen other sets of true wireless earbuds. Everything from the forward-thinking AirPods Pro and Jabra Elite/Elite Active 75t to the budget-friendly Skullcandy Indy Fuel have been stuffed in my earholes. I’ve seen this market progress at a rapid pace in just 12(ish) months.

So when Creative asked if I wanted to check out the successor to the original Outlier Air—which has remained at the top of my list for “budget” earbuds—I couldn’t wait to see what was different. I was really hoping to see more modern features like ANC, transparency mode, or a smaller sleeker case. Unfortunately, none of those things exist here.

Instead of being a total revamp of the predecessor, the Outlier Air v2 is more of a marginal update. The fit and form factor are the same. The case is very similar. The most immediate and definable upgrade here is in the buttons—the original Outlier Air had clicky buttons that were hard to press and didn’t have enough travel. With the Outlier Air v2, Creative made the move to capacitive touch controls, which is a big improvement.

But is it enough to make the Outlier Air v2 stand out in a very crowded market?

I don’t leave the house without a set of earbuds in my pocket (not that I leave the house much these days anyway, heh). It’s generally whatever set I’m reviewing at the time, but the Jabra Elite Active 75t and Skullcandy Indy Fuel have been my go-to in between reviews for months.

While neither of those buds have a case quite as sleek as AirPods Pro, they’re easily pocketable—I can even comfortably put the Jabras in the same pocket with my phone. The original Outlier Air case was a bulky thing in itself, but that was more appropriate at the time. Now? Not as much.

The Outlier Air v2’s case is very similar to the original case, though it’s a little thinner and a little longer. That doesn’t make for a hugely meaningful change when it comes to pocketability, unfortunately. It’s a chonky boi.

The sheer size of the case is likely a result of the pretty insane battery life—a total of 34 hours between the buds and case. (The buds themselves get an insane 12 hours of playback.) That’s four more than the original Outlier Air, which already had an impressive battery. Hell, that’s almost enough to get you through a full workweek and betters most earbuds that cost twice as much (or more).

And all that’s fine if you have a free pocket. I’m a dual phone kind of guy (iPhone and Android all day, every day, y’all) so I have one phone in each front pocket. That’s where the biggest drawback is for the Outlier Air v2 for me—a single pocket gets pretty full pretty fast with a phone and the v2 case at the same time.

Now, I realize that most of you don’t carry two phones. But if you use a front-pocket wallet and carry a phone, then you’ll likely run into the same issue. Or if you’re a woman, well, we all know that the pockets of ladies’ pants aren’t really designed to, you know, use.

Just something to consider if you’re thinking about buying these. Knowing where you’ll stick the case while you’re out is crucial.

Extremely Comfortable, Even for Hours at a Time

As important as the fit of the case in your pocket is, it’s still second to the fit of the bud in your ear. I loved the fit of the original Outlier Air—it remains one of the most comfortable sets of earbuds I’ve ever worn. I’m glad Creative chose to stick with the same form factor for the v2, because they’re just as comfortable. I can wear them for hours without any sort of ear fatigue, which more than I can say for a lot of buds.

A lot of the fit has to do with the ear tips included in the box. Creative does something that I haven’t seen any other company do: include multiple sizes and styles. There are more squared-off tips and rounded tip, each with at least two sizes available. The rounded tips seem to work so much better for my ears than squarish tips, so I’m thankful for that.

Because the fit is so good, I get an excellent seal with the Outlier Air v2 (just like with the original). So while they don’t have Active Noise Cancelation (ANC) like many modern buds do, the excellent fit creates strong noise isolation. Even with the audio volume turned down low, I can barely hear most ambient noise around me.

A good fit is crucial for comfort and noise isolation, but it’s also a key point for good audio quality. Like their predecessors, the v2 sound good—especially when you consider the price. They’re not going to outperform a set of $200+ earbuds like the Jabra Elite 85t (or 75t for that matter), but at 70 bones, you’ll be hard-pressed to find a better-sounding set.

The audio quality is clear and balanced. They’re not overly punchy in any particular area, which is really only an issue for anyone looking for a set of ‘buds with boomy bass. But the balanced output works really well across all genres of music as well as for spoken word, podcasts, and even movies.

They also feature Creative Super X-Fi feature, which is designed to recreate a multi-speaker audio system. The digital version of Super X-Fi that’s found in the Outlier Air v2 (and the preceding Outlier Air Gold) isn’t quite as dramatic or refined as its wired counterpart, but the environment it creates is still pretty impressive. The biggest downside is that it only works with local audio (so no streaming services) and only through the SXFI app. You can learn more about Super X-Fi here.

The Controls Are Better and That’s Good

My biggest complaint about the Outlier Air was the controls. They have physical buttons that were hard to press and made me feel like I was pushing the buds way too far into my earholes. The v2 fixes this by moving to capacitive touch controls.

Normally I don’t love touch controls because I end up accidentally pausing music or whatever every time I adjust the buds. BUT! Creative did something cool here: didn’t assign a single-tap action. So you can adjust them and touch them and all that other good stuff without accidentally triggering some command.

Instead, a double-top on either bud pauses music playback. A triple-tap when music is playing moves forward or back in the tracklist (for right and left, respectively). A triple-tap with the music paused calls up the digital assistant. A long-press on either side raises and lowers the volume (again, right and left, respectively). It’s brilliant and I love it. It’s the best implementation of touch controls I’ve ever used.

The conclusion at the end of the first review was pretty easy. Today, the market is much more crowded, and things have changed a lot. The biggest question is: Do the Outlier Air v2 still present as good of a value as the original, even in said crowded market?

So … maybe. I can’t think of a better set of ‘buds for $70, so that’s a good start. But the Skullcandy Indy Evo is a good competitor for just $10 more. But if you’re not a fan of stick-style buds or need something with all-day-and-then-some battery life, it’s hard to ignore the Outlier Air v2. They’ll get you through a day and into your evening workout. And beyond.

Overall, this new version offers everything I liked about the first-gen but fixes the wonky controls. It’s not the monumental upgrade I was hoping for when I was first offered the v2 for review, but that isn’t necessarily a bad thing—they still manage to maintain the excellent value presented with the original. 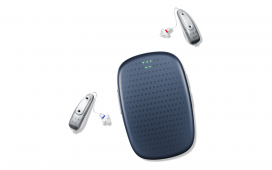 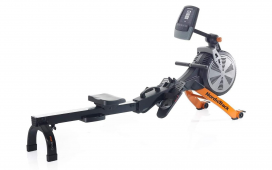 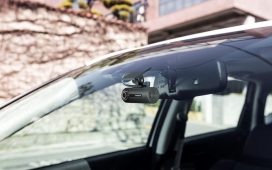