When the US trade ban hit Huawei two years ago people thought that it would be Apple and Samsung picking up the pieces. And pieces they picked, at least in the US, but a dark horse rose to the occasion, and now threatens the status quo once more. Dramatic introductions aside, it’s Xiaomi we’re talking about. The Chinese tech giant shared Huawei’s misfortunes for quite a while, but then the company was removed from the dreaded “list” after a lawsuit against the US government. And now Xiaomi is on the rise! In Q1 2021 Xiaomi overtook Samsung in global smartphone sales, and it’s now really close to Samsung (just 2% behind) and catching up fast.

It’s really hard to pinpoint the exact reasons for this rally, as they’re quite complex. The gap that Huawei left behind helped for sure, but even without it, Xiaomi has been at the forefront of smartphone innovation in the past couple of years. From ultra-fast charging to waterfall displays, and display-equipped camera bumps, Xiaomi has it all.

So today we’re gonna make a list of the best Xiaomi phones you can get in 2021. Is Xiaomi the new Huawei? Who knows, but better be ready! Here we go!

Xiaomi has outdone itself with the Mi 11 Ultra. Granted, the second display in the humongous camera bump on the back may not be as useful as it looks, but it’s very cool for sure. The phone looks and feels great thanks to the ceramic back (no scratching on this one, just don’t drop it!), and the display is really, really good. It’s a 6.81-inch OLED panel with a 120Hz refresh rate (even at QHD+ resolution).

The Mi 11 Ultra is a true flagship device in any way imaginable and comes with top-notch specs. There’s a Qualcomm Snapdragon 888 chipset powering the phone, with 8/12GB of RAM and 256/512GB of internal storage. This phone is one of the fastest Android devices in 2021!

No corners have been cut in the camera department either. The Mi 11 Ultra comes with a large 1/1.12″ Samsung-made quad-Bayer sensor – one of the biggest sensors fitted on a smartphone ever. The ultra-wide and 5X telephoto both clock in at 48MP and have smaller 1/2” sensors. You can get up to 120x zoom with clever software algorithms but even the 5x periscope is quite nice.

If you’re not afraid of big and heavy phones, the Xiaomi Mi 11 Ultra might just be the best Xiaomi phone for you. The best thing about Xiaomi though is that the company has smartphone models covering every inch of the marketplace, so you’ll definitely find yours in there. Moving on!

The vanilla Xiaomi Mi 11 tones things down a notch. The screen is still really good – it’s a 6.8-inch OLED with a 120Hz refresh rate and QHD+ resolution. Bright and clear, it’s even more natural and generally warmer than the panel found in the Ultra.

Just like the Ultra, the Mi 11 relies on the Snapdragon 888 SoC to move things around and it’s plenty fast at that. Synthetic benchmarks are quite coherent throughout the Mi 11 range, so if speed is what you need, any Mi 11 device would do the trick.

The camera system is the area where the Mi 11 falls a bit short, at least in comparison to the Mi 11 Ultra. The phone uses the same 108MP that was found on last year’s Mi 10 but with a main aperture of F1.9 whereas last year’s flagship utilized an F1.7. There’s also an ultra-wide camera and a macro shooter at the rear, but no telephoto. Apart from the lack of dedicated telephoto, the two main cameras produce really pleasant pictures, so not much of a downgrade after all.

The Xiaomi Mi 11 is also significantly cheaper than the Ultra and will appeal to people who want something a bit lighter (compared to the Ultra) as well. Last but not least, the Mi 11 has a premium build and also looks stunning in Horizon Blue.

The last one from the Mi 11 family, we promise! This one is offering a Snapdragon 888 experience for the masses. It’s one of the cheapest 888 phones out there, and that’s the reason we have it on our list. The Xiaomi Mi 11i is a trimmed-down version of the Mi 11, but it’s not just that. It’s solid proof that the “affordable flagship” trend in mobile is alive and kicking.

You can get one for around $550, and that’s basically midrange money. Some corners have been cut, but it’s not as bad as you might think. The display is top-notch – it’s even brighter than the panels of its bigger siblings and equally impressive with the image clarity.

The camera system is a bit different and not necessarily a bad one – it’s just a mixed bag. The main camera sports a huge 108MP sensor but it’s slightly different than the one in the vanilla model and it produces nice and true-to-life images. The ultra-wide snapper is only 8MP and images shot with it have a different tonal quality to the ones from the main camera. There’s a macro on board, and to be honest, it can deliver some stunning shots if that’s your cake!

Looking at Xiaomi Mi 11i’s price once more, it’s easy to forgive these little shortcomings and deem the model one of the best budget Android flagships of 2021.

If we travel a generation back, we’ll find the Xiaomi Mi 10T Pro – a great phone with some great specs. It has a beautiful, sharp and super-smooth 144Hz display, fast performance, strong battery life, and versatile cameras, and most importantly – a friendly price tag!

The phone has 8GB of RAM, 128GB of non-expandable base storage, and is powered by the Qualcomm Snapdragon 865 processor (with 5G). Granted, it’s not as fast as an 888 device but in reality you’ll be hard-pressed to tell the difference.

The camera system on the Mi 10T Pro is quite good, too. The 108MP main camera is a Samsung sensor with optical image stabilization and up to 30x digital zoom. The 13-megapixel sensor lurks underneath an ultra-wide angle lens with a FOV of 123°, while the 5-megapixel one is used for macro shots. All three cameras produce decent results and you’ll be happy with both the shots and the videos.

One thing to bear in mind (as with most Xiaomi phones) is the size and the weight of the Mi 10T Pro. It’s not a compact phone and it’s also somewhat heavy at 218 grams but on the other hand you got a 5,000mAh battery inside the almost 1 cm thick body.

We’re compelled to include one underdog on our list and that’d be the Xiaomi Mi Note 10. With a current price of around $400 it could be the best budget Xiaomi out there. Even though we weren’t crazy about the camera system, Xiaomi fixed most of the issues with updates and by now it’s a decent performer.

The phone relies on a Snapdragon 730G chipset – not the fastest out there for sure, but not a slouch either. The battery life of this phone is amazing thanks to the 5,230mAh cell inside. You can easily get through two full days charging this phone just once.

There’s not much to add here, it’s a good phone for the money – sporting a versatile camera system, a huge battery, and a gorgeous OLED display. It’s not the best Xiaomi phone by any stretch of the imagination but some people would find it good enough. It also looks really well!

We’re in the Poco territory now! Speaking about “good for the money” phones, we just can’t let this one out. It sticks to the original Poco Phone idea of an affordable flagship and also improves on the Poco F2.

The Xiaomi Poco F3 features a great 6.67-inch AMOLED display with a 120Hz refresh rate and 1,300 nits of peak brightness, Snapdragon 870 processor (which is an overclocked 865+), 6/8GB RAM, and 128/256GB storage. The phone is powered by a 4520mAh battery and runs Android 11. These specs allow for a true flagship experience without busting the bank. This phone is $375 on eBay which is just crazy given all the oomph you’re getting.

The design of the Poco F2 Pro also stands out – it uses an aluminum frame with some frosted glass on the back, and the camera bump has a circular design. One thing we forgot to mention – the AMOLED display has no notches or cutouts – the phone relies on a pop up selfie camera, which makes it one of the few out there using such design.

There’s 5G on board, of course, fast charging (30W), tons of performance and on top of that, the camera system produces pretty nice images and videos. What’s not to like?

Can’t do without a gaming phone these days, right? The Xiaomi Black Shark 4 is a fourth-gen gaming device that’s really hard to find. Quite an intro! This phone is not only a powerful gaming device but a 5G beast.

Xiaomi Black Shark 4 comes with magnetic pop-up triggers and has a liquid cooling system. Under the hood there’s a Qualcomm Snapdragon 870 processor, and there’s also a 6.7-inch 144Hz AMOLED display, and superfast 120W charging speed (It’s out of this world, really). The prices for the 8GB/128 model are floating around 499$ and 599$ for the 12/256GB version – if you’re lucky enough to actually buy one.

Xiaomi is trying hard to offer devices for every possible use case scenario, and every customer out there. Maybe that’s one of the reasons for the success the company enjoys lately. If you’re looking for the best Xiaomi phone out there, you’ll find one, most likely. There are so many models and variations that finding the best Xiaomi phone for you is just inevitable. As with all such lists, we’re going to keep an eye on new devices and update it accordingly. 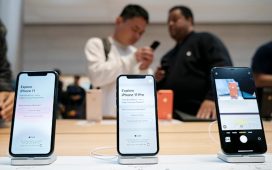