If your iOS device gets stuck or won’t turn on, there’s no need to panic. I have an app that can be your knight in shining armor. Read this TunesKit iOS System Recovery review till the end to learn all about it.

What is TunesKit iOS System Recovery?

Quite often, the problem you’re having isn’t as serious as it appears. To deal with it, all you need is iOS system repair tool. TunesKit iOS System Recovery is one such program.

This tool can assist you if you are experiencing a black or disabled screen, are stuck on the Apple logo screen, or are in the middle of a system upgrade. It can solve numerous iOS problems with a few clicks and allow you to continue using the device as if nothing had happened.

So, how efficient is it?

Let’s have a look.

According to the firm, this iOS system recovery solution can resolve more than 150 typical issues.

So, let’s have a look at the most notable features that this iOS restore kit offers:

I know what your worst nightmare is.

Fortunately, when utilizing TunesKit iOS System Recovery, you won’t have to worry about this. It has been specifically developed to ensure that your data is not corrupted in the majority of cases.

Only on rare occasions, when the system suffers a catastrophic failure, does the data have to be removed in order to be repaired. But more on that in the following part.

TunesKit iOS System Recovery has the ability to repair your iPad, iPhone, and other Apple devices. It can handle both simple and sophisticated iOS issues.

It operates in two modes:

TunesKit will never delete your data when running in normal mode. If it doesn’t work, you can switch to the more effective advanced mode. It does, however, wipe everything on the device.

TunesKit iOS System Recovery program does more than just fix system problems. It can also help with iTunes. And we’ve all seen how that one may go wrong.

When utilizing the iTunes backup or restore functions, devices become stuck or unresponsive. As a result, this functionality is really useful.

You’ll be relieved to know that TunesKit iOS System Recovery, like all other devices, can cope with AppleTV difficulties.

TunesKit iOS System Recovery allows you to pause the recovery process with a simple click. The best part is that it will have no effect on your data.

TunesKit iOS System Recovery ensures that everything is restored to its pre-recovery state.

All iOS versions are fully supported.

Third-party tools do not always operate with all iOS devices, even when they are supposed to. This is due to the fact that they do not support earlier (or occasionally even the most recent) versions.

You have nothing to worry about if you wish to use TunesKit iOS System Recovery for iPhone. It works with all iOS versions, including the most recent.

If you ever decide you want to go back to a prior iOS version, you can do so using TunesKit.

It only takes a few taps!

Ease of Use and Interface

Whether you’re using TunesKit iOS System Recovery for Windows or Mac, performing any action is as simple as it gets. In fact, the entire purpose of using this program is to avoid having to take your gadget to a professional.

When you launch the app, you’ll notice a long list of issues that TunesKit iOS System Recovery can assist with. Simply select the one you’re dealing with and press the Start button. You can then select between Standard and Advanced modes. The app will then handle the rest.

Depending on the nature of the problem, the process may take a bit longer to finish. This is to be expected when utilizing a system recovery tool.

It’s also worth noting that TunesKit iOS System Recovery recommends not closing the recovery window or disconnecting the device until the process is finished.

Of course, in order to provide an accurate TunesKit iOS System Recovery review, I had to put the customer service to the test.

Because of the nature of the system recovery process, you’ll almost certainly need to contact TunesKit customer assistance at some time.

You can only do so via email, and the address is published on the company’s website. I received a response in under three hours.

Unfortunately, there is no live chat facility, so you will not receive an immediate response.

TunesKit’s website, on the other hand, has an excellent knowledge base. You can look at the manuals and tutorials, as well as the FAQ page.

Even if you’re dealing with a different issue, such as Instagram Stories not working or video editing techniques, you can discover the solution there.

TunesKit iOS System Recovery, in fact, provide a solution to the vast majority of reported issues. It can handle everything from frozen screens to completely unresponsive gadgets.

The tool is also quite simple to use. All you have to do is install the program, and you’ll be up and running in no time.

Why not try out the free trial? You’ll be able to observe for yourself how helpful this tool is.

Absolutely. It presently has over 5000 members and can boast over 1000 downloads every day. As a result, it is neither a fraud nor a threat to your device.

What is TunesKit iOS System Recovery?

TunesKit can assist you if your iOS devices are frozen or unresponsive. It will secure your data in almost all scenarios, with the exception of a critical failure.

It can even downgrade your device to an earlier OS version if that’s what you want.

How do I use TunesKit iOS system recovery?

It’s incredibly simple – the entire process has three parts, but all manual effort consists of selecting the issue from a list within the program. That’s all!

What exactly is iOS system recovery?

If your iOS device isn’t working properly, you can try a system recovery. You can also perform a factory reset on the device. You can also use an app to do the work for you. 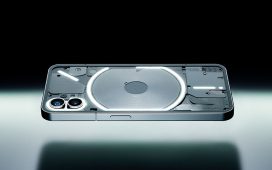 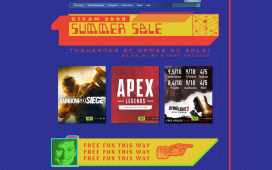