behind the campaign suing Brazil’s president over Amazon fires


In the summer of 2019, a reverberating thud ricocheted across the world, as jaws dropped in unison. The Amazon, the world’s largest tropical rainforest, was being devoured by flames before our very eyes. And there was nothing we could do about it.

Instead of seizing the disaster to act as a saviour, Brazil’s president Jair Bolsonaro was causing the mass destruction. Powerless. Some pointed out, what right do we have to tell Brazil what to do? It’s not like you could sue the president…

Two years later and the fires haven’t stopped. However, the story left headline news and concern was put on the backburner as people’s attention waned. Just Google “amazon fires”, though, and you’ll encounter headlines like “the worst is yet to come”.

Thankfully, an environmental law organisation AllRise is filing an official complaint at the International Criminal Court against Bolsonaro, aiming to establish a ground-breaking legal precedent that makes it easier to hold ecological criminals to account.

“I watched the flames in anger,” Johannes Wesemann, founder of AllRise, recalls. “I went to my lawyer and said I want to sue Bolsonaro. Find me a way.”

The Rome Statute, the treaty set up by the International Criminal Court (ICC) has established four core international crimes: genocide, crimes against humanity, war crimes and the crime of aggression. But Wesemann points out there is no crime for “ecocide” – a word used to describe mass damage and destruction of the natural living world.

And the burning Amazon forests are a cause for global concern. The emissions attributable to the Bolsonaro administration will cause more than 180,000 excess-heat-related deaths globally over the next 80 years. Wesemann had a case.

“I realised there was nothing related to environmental crimes, but to change the law, it needs two-thirds of 123 ICC member states to agree to make it a fifth crime,” he explains. “Which would take years.”

With no time to lose, he decided to enforce laws already in existence in order to make tangible change and to hold Bolsonaro to account.

“So I said, our case is simple. We’re going to file a complaint against Bolsonaro for environmental destruction to be regarded as a crime against humanity,” he says. “It falls under the jurisdiction of the ICC and we don’t have to wait until something has changed.”

Deciding to submit a complaint to The Hague-based tribunal, AllRise partnered 180 Amsterdam, which helped the NGO understand how to tell a story that captures the attention of the public that is in line with a clear directive. “We’re not just pitching this case to the ICC but also to the court of public opinion,” Wesemann reiterates.

“I had the same emotions of sitting on the couch feeling powerless,” Kalle Hellzén, chief creative officer at 180 Amsterdam, says. “It was a big relief when Johnny and his team approached us. It felt like we could be part of the solution. To make this case, substantiate it and package it in a way that people could engage with it in a democratic way.”

He explains that the campaign name – “The Planet vs Bolsonaro” – was the top headline on the brief and gripped the team straight away.

“The marvels of the Western world, but it’s a matter of an entire planet against him. It was clear that would be the foundation for everything. And so the core of the campaign is this public address.”

Launched yesterday (12 October), the communications platform is designed to amplify the complaint’s purpose and galvanise the public to “share, sign, stop his crimes”.

It includes films, print and digital assets that are designed to inspire collective action and empower audiences around the globe to show their support.

Purposefully designed to be as accessible as possible, anyone can customise their own messaging.

AllRise plans to keep momentum going throughout the rest of the year, with actions planned around COP26 and the annual assembly of ICC member states.

“The ICC doesn’t care whether Bolsonaro is president,” Wesemann says. “If they’re going to prosecute him, it’s about him personally.

“So in that aspect, I don’t care. We don’t have a political agenda here. We’re not trying to remove him from office. We want to trigger discussion about accountability, about revenge. We hope to convince ICC to take on this case, which will have a great deal of impact on other jurisdictions and lawmakers.”

If the team manages to establish this groundbreaking legal precedent, which makes it easier to hold ecological criminals to account and prevent similar crimes in the future, this will change how the world holds powerful individuals to account when they intentionally destroy the environment.

“’The planet vs’ is a platform,” Hellzén says. “Bolsonaro is the start but this is about setting the precedent and protecting the Earth by empowering people on it.” 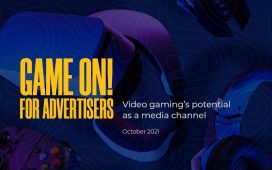 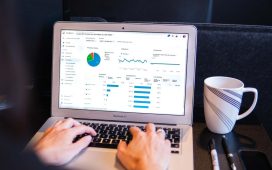 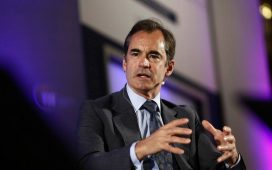