BBC journalists have already poked fun at and questioned new tougher rules on the use of social media, the day the crackdown on personal opinions was introduced.

The broadcaster’s staff have been ordered to stop “virtue signalling” or posting “controversial” opinions online, under stricter new guidance on how to use platforms such as Twitter, Facebook and Instagram.

The new director general of the corporation, Tim Davie, has rewritten the guidelines to ensure the broadcaster upholds its impartiality.

Under the new guidance, any BBC figure who works in news or current affairs will be barred from expressing personal opinions on politics or other controversial subjects, even on their own personal social media accounts.

The rules also insist BBC staff must “avoid ‘virtue signalling’ — retweets, likes or joining online campaigns to indicate a personal view, no matter how apparently worthy the cause”.

Even liking posts, following certain accounts, or just posting emojis will also be banned if it suggested or implied any bias, the guidelines state.

But within hours of the crackdown coming into force, several high profile figures had called the guidance into question, including the News at Ten presenter Huw Edwards.

The vocally proud Welshman tweeted “The BBC’s new social media guidance says that the “use of emojis can — accidentally, or deliberately — undercut an otherwise impartial post”, surrounding the text with dozens of Welsh flag emojis.

Neil Henderson, an editor on the BBC’s newsdesk who has amassed a large Twitter following for sharing pictures of the next day’s newspaper front pages, said he would be “proud to be sacked for any opposition I may express to racism and hate”.

BBC News correspondent Sangita Myska replied by asking if she would also now be in trouble for “liking” Mr Henderson’s tweet.

The crackdown has been led by Mr Davie, who is keen to rebut accusations the BBC is no longer impartial on the most contentious issues of the day.

However, the tougher guidance may not stop some of the corporation’s highest profile tweeters, such as Gary Lineker, as his work does not cover news or current affairs.

The host of Match of the Day often tweets his thoughts on everything from the migrant crisis to Marcus Rashford’s campaigns on child food poverty.

In an interview published on Thursday, the day before the new rules came into force, Mr Lineker insisted while he was careful with his prolific tweeting and had never endorsed any political party, he was unrepentant about being a vocal Remainer or advocate for refugees.

But alongside journalists and producers working on news programmes, the guidance also states some others may also need to avoid taking sides on politics because of their high profile, which could end up including Mr Lineker.

As well as cracking down on social media, Mr Davie has also pledged to force BBC staff to be more transparent about any outside earnings they make, which will soon be published on a public database.

This follows a string of controversies about high profile BBC presenters and journalists undertaking well-paid jobs for corporate clients, including the North America editor Jon Sopel — who delivered a speech to bosses at tobacco giant Philip Morris — and Breakfast host Naga Munchetty, who appeared in a PR video for the carmaker Aston Martin.

Furthermore, BBC journalists have also been told they should be careful about attending public demonstrations or gatherings, in case their presence also brings the corporation’s impartiality into question.

Some reports have suggested this would effectively bar them from even joining a LGBT Pride march, but a spokesperson for the BBC said there was no specific ban on Pride. Instead, journalists must ask permission from their local managers, who had discretion to decide if that particular demonstration could compromise impartiality. 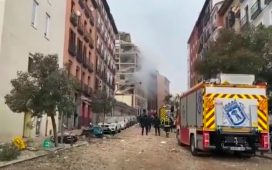 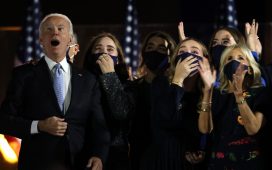 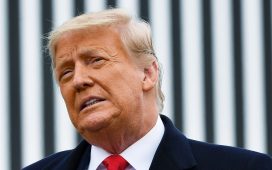 ‘Others will continue to fan the flames of extremism’: Political scientists reveal how Trump has forever changed American politics

Love Island star Yewande responds after Lucie ‘bullying’ claims: ‘You refused to call me by my name’ 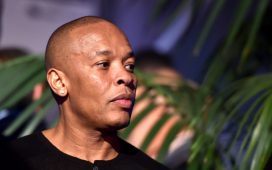