Bank of Ireland has paid €545,400 in redress to holders of Young Savers accounts over a failure to properly communicate the interest rate that applied to the accounts.

The bank has also decided to slash the interest rate that currently applies on the savings account from 2.5 per cent annual equivalent rate (AER) to 0.25 per cent from November 13th.

On average, the bank has paid €202 in compensation to some 2,700 Bank of Ireland customers impacted by the interest rate failure.

The savings account is available for children under 13 and the bank introduced a 2.5 per cent AER in 2017, which would have been a market leading rate at the time. Interest rates offered by banks on such accounts now are close to zero given the prevailing lower-for-longer global interest rate environment.

The 2.5 per cent rate applied to sums up to an initial €5,000. From the time the balance went above €5,000 the rate dropped to 0.25 per cent. This applied to the full balance and also continued to apply even if the balance again went below €5,000.

It seems this created confusion for customers. The bank has accepted that it failed to clearly communicate the correct interest rate structure.

“I apologise for not clearly communicating this information to you and any inconvenience it may have caused you,” stated Rory Carty, Bank of Ireland’s head of youth banking, in letters to customers about the issue.

In a statement to The Irish Times, the bank said: “While we informed customers about the differing rates on our website and through newspaper advertising, we should have done more to communicate the rate structure and that the rate is 0.25 per cent for amounts over €5,000.

“We have remediated customers who held balances over €5,000 and who were placed onto the 0.25 per cent rate without receiving a letter notifying them that their balance was approaching the €5,000 threshold.”

In addition, the bank said the 2.5 per cent interest rate was no longer viable given the rock bottom rates that now apply in the wider market, and would be reduced in November. “European Central Bank interest rates have been negative since 2014. Banks are subject to negative interest rates for holding funds overnight and market indications are that rates will remain low for some time. It is therefore no longer sustainable to continue with the current rate of interest on the Young Saver Account due to the rate environment.”

In a statement, The Central Bank of Ireland said it expects all banks to have “adequate systems and controls” in place. “Where issues that affect customers arise, they should be addressed and rectified, with the overarching objective of protecting consumers’ interests, including ensuring that they are not left out of pocket.

“Firms must also communicate clearly and promptly with affected customers and ensure that any identifiable loss is remediated. Any customer who considers that they have been affected by this issue or has any concerns should contact Bank of Ireland directly.”

Pinterest Reveals How Pinners Are Going ‘Back to (Home) Life’

What Have People Been Tweeting About Through 6 Months of Quarantine?

Inside General Electric’s New Slogan, ‘Building a World That Works’ 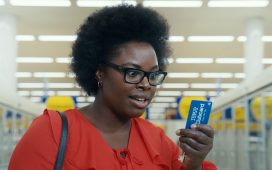