Just over a month ago, I found myself in a stadium filled with 70,000 crazy fans cheering for their respective teams. Naturally, I decided to test out how 5G would perform, as one does when at a sporting event. Now, with the same phones and the same process, I wanted to see how 5G does in a normal everyday sense. My hometown of Chicago is where the first 5G networks in the U.S. started to roll out, so I thought 2022 would be a good time to check in and see how things were going. I visited 16 different locations in the Greater Chicago area to see how things were working.

Just like in New Orleans, I used three identical Samsung Galaxy S22 Ultra devices. Two of them were unlocked phones provided by Samsung. The third was my personal T-Mobile-branded phone purchased from Samsung.com. AT&T and Verizon both provided test SIM cards (this becomes significant later) and I used my personal T-Mobile SIM in my phone. Here’s what I found.

The White Sox are the “other” baseball team in Chicago (#GoCubs), so it seemed like a good place to start my testing. It’s close to downtown and draws a lot of people every year, making it ideal for a 5G build-out location. This early in the morning, there were no fans around, making it easy to walk up to the park gates.

From there, I headed over to the area known as “Museum Campus” since this little peninsula houses the Adler Planetarium, Shedd Aquarium, and Field Museum. If you have Metallica’s Welcome Home (Sanitarium) going through your head right now, you’re welcome. For this test, I headed to the planetarium at the end of the peninsula to get as far out into the water as I could, for no particular reason.

Soldier Field is also next to the Museum campus, and since I’ve covered baseball and football, I may as well hit up hockey and basketball. Fortunately, both of those are in the same building here in Chicago – the United Center. Side note: As I drove into the employee parking lot, I rolled down my window to ask the security guard on duty if it was cool if I park here for five minutes. He nodded at me, and I nodded at him, and that was the entirety of the exchange. I guess I look like a hockey player. Who knew?

Next up was the building known throughout Chicago by everyone whose paycheck does not say “Willis Insurance” in the corner as the Sears Tower. This iconic building dominates the Chicago Skyline, but today it was too cloudy to see the top, so I felt bad for the tourists.

Moving on, I headed over to the Untitled Picasso sculpture in front of the Daley Center that everyone in Chicago calls simply “The Picasso.” That’s probably because “Pablo Diego José Francisco de Paula Juan Nepomuceno María de los Remedios Cipriano de la Santísima Trinidad Ruiz y Picasso” (his full name) won’t fit on a T-shirt. Watch any movie set in Chicago, and this will show up at some point.

This is the only time during my testing that I thought I would be stacking the deck in a carrier’s favor, as 5G launched in Chicago with Verizon, Motorola, and Qualcomm all in attendance. The Merchandise Mart is Motorola’s headquarters, so I thought for sure that Verizon would have some bangin’ speeds. Turns out, not so much.

Another feature that emphasizes Chicago’s skyline is the Ferris wheel at Navy Pier. Once again, I headed out onto the peninsula away from the city to test the speed out on the water. Side not: There is a very specific line vehicles are not supposed to cross on the pier. I found that line after I crossed it.

Lincoln Park Zoo is a free zoo managed by the Chicago Park District. It’s right near the shores of Lake Michigan and is a great place to spend a lazy summer afternoon. It turns out that it’s also a decent place to grab a 5G signal.

Ah, my beloved Cubbies. The front marquee for Wrigley Field is at the intersection of two busy streets, so I headed around back to the bleacher entrance. Here, I ran a couple of tests. For the first test, I ran my normal 5G test.

For my second test, since the Cubs underperform so often, I decided to force an LTE connection on all three phones to see how the networks’ LTE speeds compared to each other and to see the difference between 4G and 5G. I laughed out loud in the middle of the parking lot when I saw the “5Ge” logo on the AT&T phone.

Fun fact about the Samsung Galaxy S22 Ultra. For the unlocked phones, I was not able to force a 4G network in Settings as I could on my T-Mobile version. I don’t know if that’s a function of an unlocked Samsung phone, or of AT&T’s and Verizon’s network. Regardless, I downloaded an app that let me do it.

Finally, it was time to head back home, and along the way, I stopped in the cell phone parking lot of O’Hare airport. While there, I also helped jump-start a nice lady’s car. But I was mainly there to run the 5G tests.

Unlike at the basketball game, this time around all three carriers performed quite well. AT&T had the fastest speed at 822 Mbps at Wrigley Field. Oddly enough, AT&T’s connection seemed to get better, the further away from downtown I got. T-Mobile had the highest average and median speeds at 284.0417 Mbps and 262.5 Mbps respectively. As a T-Mobile subscriber, I was pleasantly surprised.

As for Verizon, when I asked them for their comment, they said they had good news and bad news. The bad news was that I never hit Verizon’s Ultrawideband network. I didn’t find mmWave, nor did I find C-Band. The former was not so weird, but the latter was. After doing some checking, Verizon discovered that the SIM card provided to me wasn’t provisioned for UW at all. Essentially, I was using Verizon’s least expensive 5G plan.

Therein lies the rub. Verizon customers only get to access superfast speeds if they’re on a higher-tier (read: more expensive) plan. So the good news is, despite that, Verizon still performed pretty well, all things considered. We can argue whether or not that’s “right” or not, but at the end of the day, it’s up to Verizon to sell their broadband however they want.

Given that information, I decided to run one more series of tests. Once my Verizon SIM was correctly provisioned, I asked Verizon, T-Mobile, and AT&T to pick the one location in the Chicagoland area where their local engineers were sure I would be blown away. Then, I went to those three locations and ran one more set of tests.

Not surprisingly, Verizon’s pick was in downtown Chicago, at Water Tower Place, at the corner of Chicago Street and Michigan Avenue. I headed over there and, dear reader, there is not a misplaced decimal in Verizon’s speed.

You are reading that correctly: 4,113 Mbps, or 4.1 Gbps. Yeah, it’s crazy fast. Just for fun, I walked back to my car parked around 250 feet away and reran the test. This time I got a mere 3.1 Gbps. OK, Verizon, you win. I’m impressed. The good takeaway here is that mmWave is not nearly as punchy as it used to be a few years ago when I first tested it. Duh, I know. But the way of looking at it is that mmWave lost 25% of its speed over a span of 250 feet. I’ll let you take from this what you will.

Yes, my old childhood stomping grounds of Niles, Illinois, has its own leaning tower, modeled after the architectural blunder wonder in Pisa, Italy. This was a strange pick for T-Mobile because it’s in my old neighborhood, it’s only two miles away from AT&T’s location, and unlike the other two, I did not see any installations around here. At AT&T’s pick below, there’s a large, obvious tower in the parking lot and in downtown I saw a few different mmWave installations. There is a large hotel at this location, so maybe the antennas are placed on the roof, but there were no other obvious signs around here.

Like downtown, this location proved favorable to the “home team.” T-Mobile came out the clear winner here, but obviously by a smaller margin. AT&T didn’t show up here at all despite the fact that its chosen location is just a couple of miles away. The whole thing, from the tower to the location to the results, was very strange indeed.

If you’re a police department in a small suburb and you want to have the biggest, fanciest building around, how do you do it? By placing a cellular tower in your parking lot of course! I actually have no idea if that was the reasoning, but Niles has a fancy police department building and a cell tower in its parking lot. I’ll let you draw your own conclusions.

Not only did AT&T not outshine its competitors here, but it came in last place. Read into that what you will.

So where does all this leave us? It’s safe to say that 5G is a real thing and it’s freakin’ fast as all get-out. No matter where I tested, every carrier performed quite well. In an environment like downtown Chicago ,which is basically a series of crisscrossing man-made canyons, that’s not easy. So it’s hard to be disappointed by any of these results. The slowest download speed I saw was 7.66 MBps at the Leaning Tower in Niles. That’s not great, sure. But show me a network that has no holes. I have yet to see one. As before, here’s a gallery of all my recorded results.

Yes, there is a way to go, but for the most part, if you’re wondering if 5G is “worth it,” it pretty much is. Verizon’s billing policies might be questionable, and if my testing showed anything, it’s that even Verizon’s base 5G offering is still quite good. But there was one more test I had to run:

As I finished writing this article, I headed out to my back porch on a fine spring day in 80-degree weather and sat down at the table with a tasty beverage to run one last set of tests. It occurred to me that in all the 5G testing I’ve done, I never tested it in my backyard. Of course, these results aren’t relevant to anyone except my family and me. But especially these days, your internet connection from home is one of the most important connections to test. After all, you don’t live at Wrigley Field or the Willis Tower. So if you ever have the opportunity to test carrier speeds, make sure to start where it’s most important. 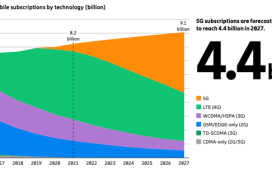