In order to write this piece, I did a lot of Googling. First, a quick Google to read up on the story’s latest developments, and then a longer Google, gathering as much backstory as I could. I Googled to find the last piece Slate did touching on this topic so I could link to it, and I Googled to confirm exactly what Google had recently said about it. I have no idea how I would do my job without Google, and frankly, I don’t want to find out. But I may soon have to.

For more than two years, the Australian government has been working toward the implementation of a News Media Bargaining Code, regulating relations between the digital giants and news outlets, and forcing the former to negotiate payment with the latter for showing previews of their stories (under the currently proposed version of the code, if the parties are unable to reach a consensus, the case goes to arbitrator, who picks and enforces one of their offers).

The mandatory code, developed by Australia’s Competition and Consumer Commission after voluntary negotiations stalled, would also require tech companies to inform publishers of significant changes to their search and news feed algorithms and tell publishers what data it collects on their users.

So far, the code has been fiercely resisted by Facebook and Google, which claim that they are actually doing media outlets a favor by publicising their stories. Late last year, Facebook went to war with Australia over the code and has been threatening to ban users from sharing news on its platform if the code becomes law, rather than be forced to pay for it. It’s not clear whether Facebook will follow through on the threat, leaving Aussies scrolling through a news-free news feed – a blessing, some might say. But while Facebook has only intimated banning news, Google has gone nuclear.

In a parliamentary inquiry on January 22, Google said it would have “no real choice but to stop making Google Search available in Australia” if the government went ahead with the current version of the code. That means not just news, which makes up just 1.25% of searches on the platform, but all searches. Managing director of Google Australia and New Zealand Mel Silva told a hearing that the proposed code was “untenable” for them, presenting an “unreasonable and unmanageable levels of financial and operational risk.” Silva said Google still wanted to find to an outcome that was “workable for all parties,” calling their departure “our worst-case scenario.” As one senator responded, “that’s a hell of a threat.”

(Google Australia is also playing around with a chilling “experiment,” intermittently blocking 1% of Australian users from seeing local news stories in their searches, in order “to measure the impacts of news businesses and Google Search on each other.” Under the experiment, Google doesn’t link to major publications’ homepages even when Googled by name, offering links to Twitter, Instagram, Facebook, or Wikipedia handles instead.)

Australia is standing relatively firm on the code, with Prime Minister Scott Morrison saying “we don’t respond to threats” (or personal lobbying from Mark Zuckerberg, for that matter). The government is refusing to blink, unwilling to bow to a megacorporation that is refusing to negotiate in good faith, with it or publishers it seems. The Council of Small Business Organisations says Australia should ignore the threats and press ahead with a code, despite the blow the loss of search would be to both businesses and consumers, with Google needing “strong and stringent” regulation due to its monopoly. 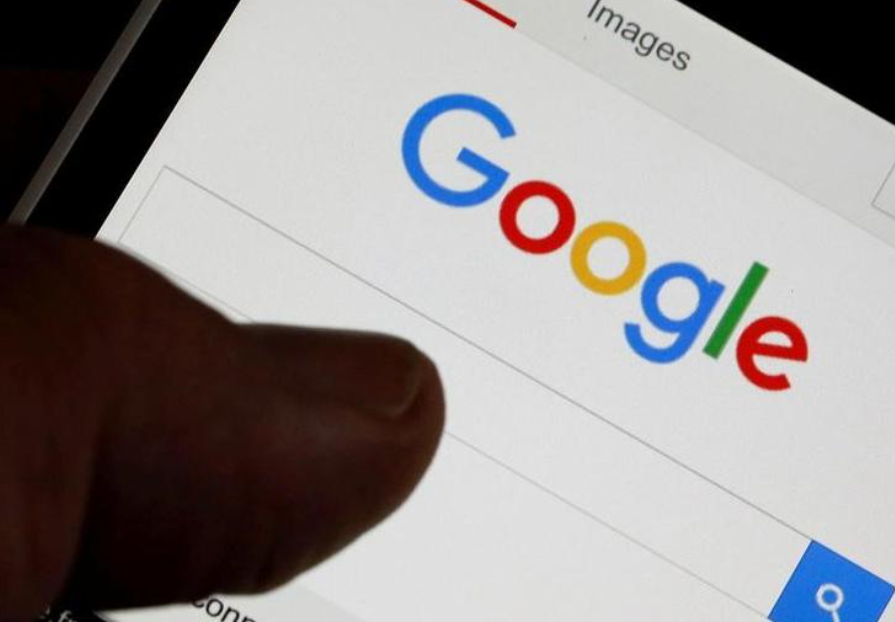 Google Australia is intermittently blocking 1% of Australian users from seeing local news stories in their searches, to measure the impacts of news businesses and Google Search on each other. Source: Reuters

As with Facebook’s threat, Google has attempted to convince users that it is the victim, and that it is the big bad Australian government that is forcing it to leave. In recent days, the search engine has inserted a pop-up into its own search results, stating, “You may have heard about a proposed law. We are willing to pay to support journalism,” with a link to “Hear our proposal.” The link goes to a somewhat Orwellian YouTube video, in which a friendly and concerned Silva, sitting at a desk with faint Google lettering behind her, warns that the new code will “break how Google Search works in Australia. … I know that sounds pretty full on, but it’s true,” she adds.

READ  Samsung Health is getting rid of Weight, Food and Caffeine tracking

The video in turn links to Google’s alternate suggestion of a “workable news code”: Google News Showcase, a news product announced in 2020 and currently running in Germany and Brazil, in which the company pays publications for their curated content, but more on its own terms. Google has already struck deals with smaller local publishers to create an Australian version and plans to accelerate its rollout to next month to prove it a better way of compensating publishers.

And much like Facebook, it’s not clear whether Google would follow through on its ultimatum, or is simply engaging in brinkmanship in a desperate bid to see the code defeated. Google is suggesting taking search away from a 25 million person population, worth around AU$4.8 billion (US$3.7 billion) to the company in annual revenue – not a lot in the scheme of things for a trillion-dollar company, but damaging nonetheless. And let’s not forget that sweet, sweet data it would be forgoing.

It wouldn’t be the first instance of Google pulling services from particular markets, and it wouldn’t even be the first time it has done so over this very issue: In 2014 the company shut down Google News in Spain in response to a law forcing aggregators to pay publishers for displaying their content, while France recently dodged a similar threat, with Google forced to negotiate an agreement with French publishers (Google had attempted to avoid payments by no longer displaying snippets in the country but was overruled by the French competition watchdog). But to threaten to remove the search engine entirely is a huge and – frankly – terrifying call.

What would it mean for Maps and YouTube searches? For Android users? For finding out the capital of Georgia? (Tbilisi, present capital; Kutaisi, historical capital of the Kingdom of Georgia; Atlanta, if you mean the state.) Google currently accounts for 94% of search traffic in Australia, meaning we would have to find alternative tools, and though no one’s quite sure exactly what it would be yet, we’re starting to talk. Bing, Yahoo, DuckDuckGo? Google’s own search results showed a 400% increase in people looking for alternatives in the 24 hours following its alarming pop-up. 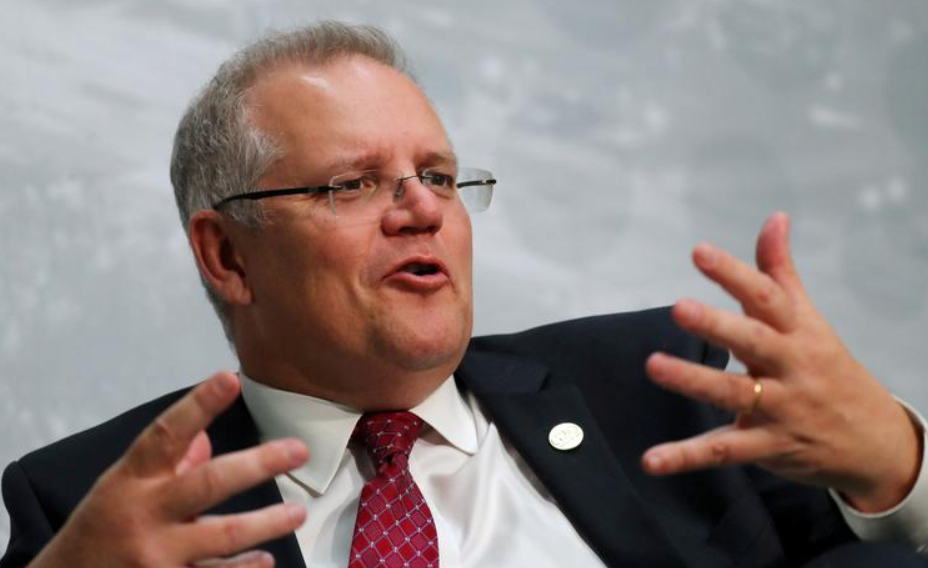 There may be more at stake here for Alphabet (Google’s parent company) than 4.8 billion dollarydoos. It’s believed Google is going so hard against Australia’s code to avoid setting a global precedent – while many governments are looking at models for enforcing payments for news, Australia’s proposal goes further than most in forcing Google to pay for links to news sites, not just for previews or snippets.

Google is making an example of Australia in order to head off similar measures elsewhere. On the flip side, leaving the Australian market could create a dangerous precedent too, creating opportunities for another search engine to fill the space. Morrison has already been in talks with leaders at Microsoft, which runs Bing, with treasurer Josh Frydenberg telling the media that Microsoft was “watching this very closely.” If other countries saw Australia successfully walk away from Google and find a suitable alternative, what threat would be left to them?

For now, Australians feel like they’re caught in the middle of an escalating battle between their homepage and their government. This is one serious game of chicken – or perhaps it’s simply a game of DuckDuckGo.

This piece was originally published on Future Tense, a partnership between Slate magazine, Arizona State University, and New America. 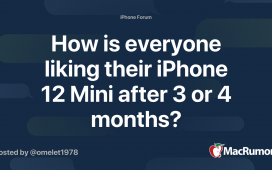 How is everyone liking their iPhone 12 Mini after 3 or 4 months? 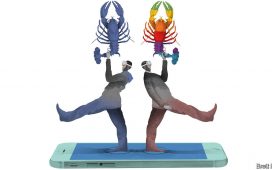 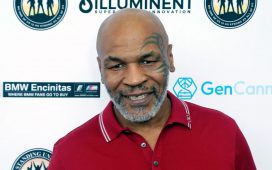 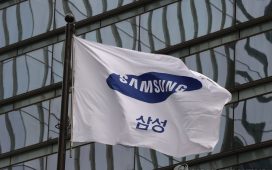