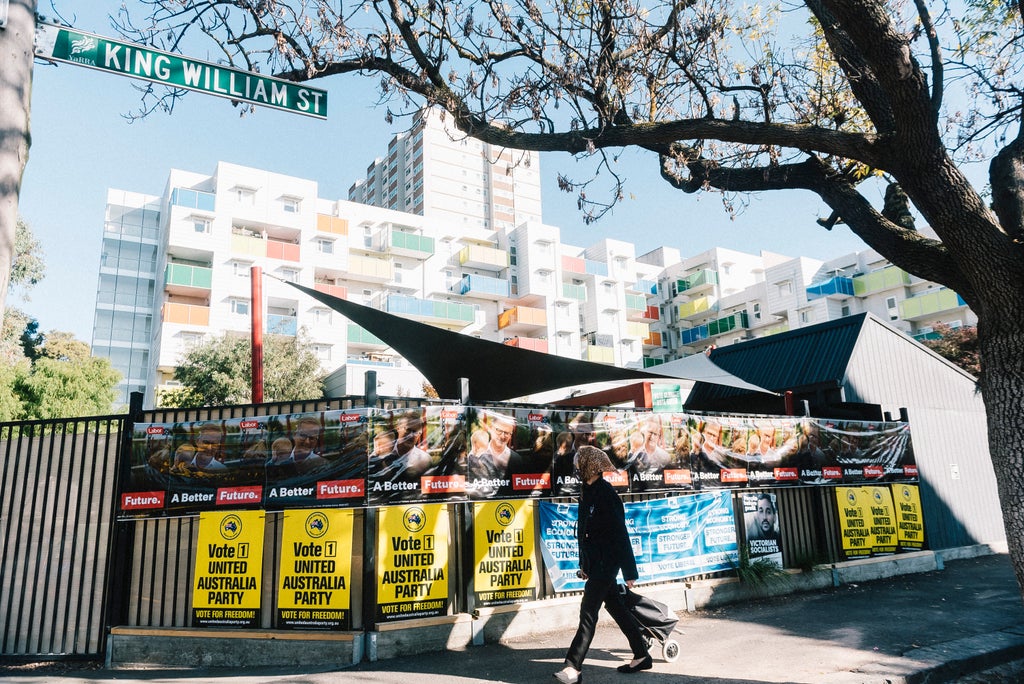 A Newspoll survey by The Australian on election day showed Labor’s lead dipping a point to 53-47 on a two-party-preferred basis against the ruling coalition, largely in line with other election polls.

Mr Morrison and opposition leader Anthony Albanese cast their votes in Sydney late in the morning.

“Today, Australians are making a big choice about their future,” the incumbent prime minister told reporters. “Australia needs someone who knows how to manage money, knows how to deal with national security interests, knows how to move forward and secure that strong economy.”

While Mr Morrison has focused his campaign on the economy, he is being challenged by independents who are campaigning for action on climate change after some of the worst floods and fires hit Australia in the past few years.

His arrival at the voting centre on Saturday morning was briefly disrupted by a protester who said she wanted to speak with him about climate change, reported news.com.au.

Security personnel were seen physically blocking a young female protester as Mr Morrison went on to vote, accompanied by his wife Jenny Morrison and their daughters.

Speaking to reporters at the voting centre Mr Albanese said Australians want a change of government.

“I’ve put us in a position where at worst we’re competitive today. We’re in the hunt here,” he said about his chances at the polls.

In the final hours of the six-week long campaign, the opposition focused on rising inflation and sluggish wage growth.

Just hours before voting closed on Saturday, the ruling party was also accused by Labor of a “last-minute scare campaign” as text messages were allegedly sent to residents in key marginal seats, including Bennelong, Gilmore and Corangamite, to refer to an “illegal” boat allegedly trying to enter Australia.

The texts, according to the Australian Electoral Commission, are not prohibited under the Electoral Act.

The organisation added that it is, however, aware of these circulating texts.

Outgoing defence minister Peter Dutton tweeted: “People smugglers have obviously decided who is going to win the election and the boats have already started.”

Earlier in the day, Mr Morrison told reporters: “I can confirm that there’s been an interception of a vessel en route to Australia.”

“And I can simply say this. I’ve been here to stop this boat, but in order for me to be there to stop those that may come from here, you need to vote Liberal and Nationals today,” he added.

By commenting on the alleged illegal boat, the prime minister breached his own rule against talking about “on-water matters”, something he had refused to do as immigration minister.

Polling stations will close on the east coast at 6 pm local time (8am GMT), while the west coast is two hours behind.

On Friday, the government changed rules to enable people recently infected with Covid-19 to vote over the phone.

More than 7,000 polling stations opened as planned and on time across Australia despite 15 per cent of polling staff falling sick this week with Covid and the flu, said Australian electoral commissioner Tom Rogers.

Voting is compulsory for adult citizens and 92 per cent of registered voters cast ballots at the last election.

Counting will start around 6 pm local time, and results are expected to trickle in soon after.