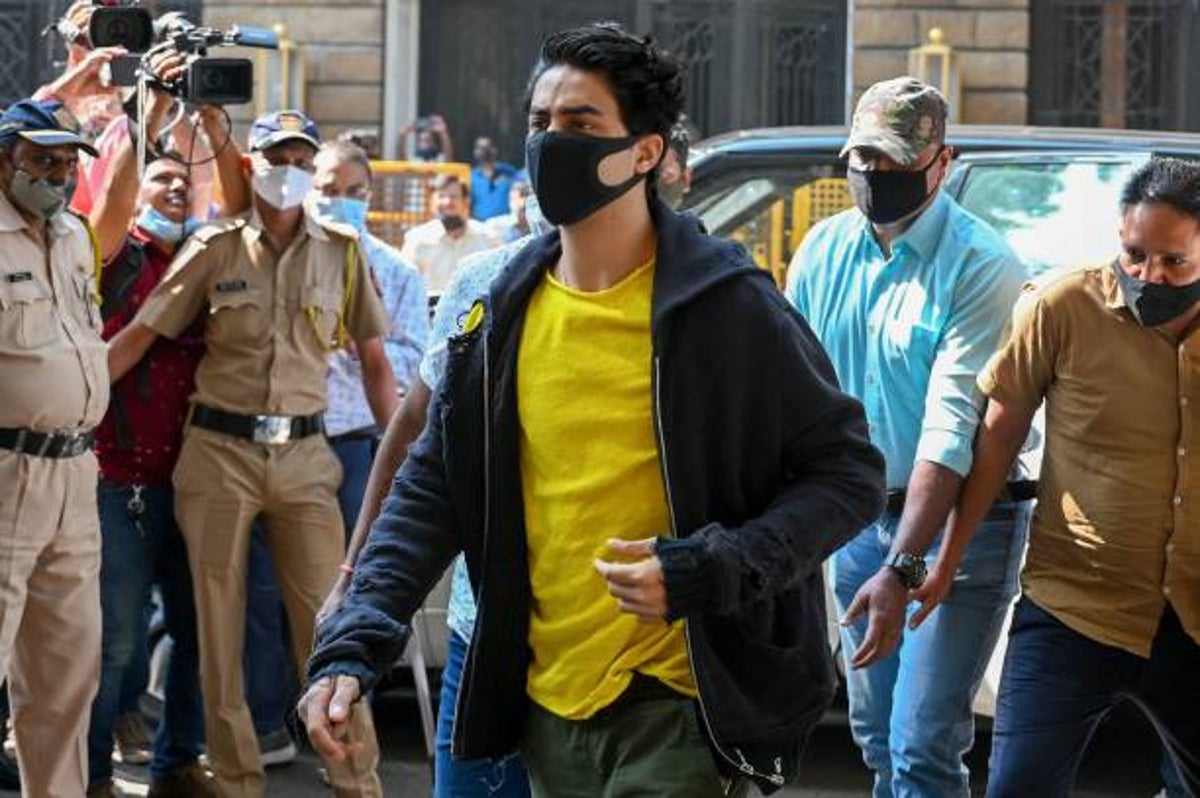 India’s federal anti-drugs agency has dropped all charges against Aryan Khan, the son of Bollywood actor Shah Rukh Khan, in a high-profile drug bust case on a cruise ship in Mumbai that had gripped the nation.

India’s federal drug agency Narcotics Control Bureau (NCB) had initially charged 14 people in the case. But it dropped the names of six people, including Mr Khan, on Friday, citing a “lack of sufficient evidence” as the months-long investigation yielded no proof of wrongdoing.

“I am very relieved and so must be my clients, including Shah Rukh Khan. Ultimately, truth has prevailed,” he told India’s NDTV.

The case sent shockwaves across the country’s multi-billion-dollar entertainment industry when one of the biggest star kids of Bollywood was arrested from a yacht last year. It charged Mr Khan with “involvement in consumption, sale and purchase” of illicit substances.

NCB officials had arrested Mr Khan and seven others after posing as customers and raiding a party on the yacht.

In a hearing seeking Mr Khan’s custody in Mumbai, narcotics officials claimed he was linked to an international drugs cartel and sought to investigate this further. The NCB had also dug up Mr Khan’s old chats and took his phone as part of the investigation last year.

Mr Khan’s attorneys told the court that no drugs were recovered from the Bollywood superstar’s son, as he had merely gone to the cruise party after receiving an invite. They also argued that Mr Khan was made a scapegoat and his bag was searched but nothing was found.

But the case, which dominated headlines and Indian social media for weeks, divided public opinion.

Many, especially from the country’s right-wing, demanded a boycott of the Bollywood actor and his films and sought strict punishment for celebrity children indulging in wrongdoing.

Others showed support for the actor online as #MySRKStory began trending on Twitter.

Observers who follow the inner workings of Bollywood believed that India’s right-wing Hindu nationalist government was flexing its muscles to control the multi-billion dollar industry that runs on brand power. And the senior Khan, an articulate, Muslim actor, is a global brand.

On Friday, several social media users sought an apology from the NCB and television news channels, which were accused of carrying out a media trial against Aryan Khan.

“The media trial that Aryan Khan was subjected to was as shameful and partisan as the Narcotic Bureau’s fraudulent case. Those ‘journalists’ who participated owe an explanation,” Tavleen Singh, an author and columnist, said.

The case was mired in controversy and saw several twists and turns since the beginning, when a selfie of a supposed private detective and an independent witness of NCB with Mr Khan went viral, raising doubts of conspiracy.

Later, a key witness in the case alleged that he was forced to sign “blank papers” at the NCB’s office, while another witness who had alleged there was a million-pounds deal inside the NCB to arrest Mr Khan died of a heart attack.

Sameer Wankhede, an NCB officer who led the investigations, was also removed from the case and transferred after allegations of blackmail emerged. He may now face legal action for “shoddy investigation”.

Mr Khan’s lawyer, Satish Maneshinde, said his client’s arrest and 26-day custody was unjustified particularly because no drugs were found in his possession and “no evidence of any kind”.

During the investigation, several questions were also raised about the discrepancies in the way the raid was conducted on the luxury cruise.