This article is part of a monthly column from FinTech GC Ksenia Sussman examining how the legal profession should adapt to current, and future, changes in technology.

The first signs of artificial intelligence trying to match up to human intelligence were seen in the mid-1990s, when the IBM’s “Deep Blue” computer competed with the world chess champion Garry Kasparov. While Deep Blue lost its first match in 1996, it won a rematch in 1997, which stunned the world and was documented in a film called The Man vs. The Machine.

By 2011, IBM’s “Watson” computer advanced to the point where it defeated two of Jeopardy’s most heralded past champions, Ken Jennings and Brad Rutter. Watson’s performance was truly remarkable and a buzz-worthy public manifestation of the power of artificial intelligence.

IBM parlayed the buzz into the promotion of Watson as a tool to revolutionize cancer diagnosis and treatment. However, the hype apparently hasn’t lived up to reality. In 2018, an investigation by the Wall Street Journal found that, “More than a dozen IBM partners and clients have halted or shrunk Watson’s oncology-related projects. Watson cancer applications have had limited impact on patients, according to dozens of interviews with medical centers, companies and doctors who have used it, as well as documents reviewed by the Wall Street Journal.”

Across the economy, including the legal industry, AI is making an impact. But, as is often the case with technological advancements, the hype-cycle is out ahead of the actual impact. AI isn’t putting the jobs of most lawyers at risk (at least anytime soon). For now, it is augmenting how lawyers work, not displacing them. Importantly, lawyers are leveraging AI to free up time and mental capacity to focus on higher value tasks that only a human can tackle.

What is Artificial Intelligence?

AI refers to functions performed by computers that typically require human intelligence. AI systems are programmed to use logical rules, called algorithms, to analyze data, establish patterns, and identify insights from the data. In the legal industry, AI is being implemented to assist in areas such as e-discovery, due diligence, contract review, and legal research.

For example, many companies struggle to keep up with the large number of contracts they must review and manage. Few maintain reliable databases containing relevant information allowing them to extract and analyze contract data. As a result, it requires a tremendous amount of resources—including internal staff and external legal counsel—to manage their contracts. AI software allows companies to more quickly and easily extract and analyze information from their contract portfolio for use in negotiation and decision making.

As AI continues to improve, it will likely find its way into more strategic and sensitive areas of legal work—including the courtroom—by helping lawyers to shape case strategy and select jurors.

The main reason AI won’t displace lawyers anytime soon is that its intelligence, at least for now, is narrow and can only be applied to discrete tasks. Virtually all AI systems currently in use in the legal industry are designed to operate with a human overseeing them—a computer gathers and analyzes the data, but a human lawyer determines what to do with it. Creative thinking, contextualization of data, the application of general intelligence to difficult problems, and face-to-face, human-to-human interaction with clients remain the domains of lawyers.

As recently as ten years ago, young lawyers across practice groups spent significant amounts of their time holed up in conference rooms in marathon document review and due diligence sessions poring through banker boxes full of paper. I was one of them!

While these types of sessions still remain part of the job, today’s young lawyers should be thankful that these projects are streamlined by the use of artificial intelligence. Increasingly, functions like document review and due diligence are being bifurcated from the scope of work handled by traditional law firms and being outsourced to alternative legal services providers who tend to be more adept at AI implementation.

This shift is impacting the workflow that traditional law firms used to rely upon, but the impact is being felt most acutely at the low-end of legal work, forcing law firms to provide more value in the high-margin work only they—not a computer—can perform. Accordingly, AI is enabling and empowering lawyers to focus on more interesting and challenging work.

A great deal of the interesting and challenging work that lawyers are grappling with these days is being generated as a result of the implementation of AI across the economy. Some of these issues include:

Privacy: AI has the ability to gather, analyze, and combine vast quantities of data from different sources, which raises privacy concerns for businesses storing and using this data, at a time when government entities, such as the European Union and the state of California, are cracking down on the misuse of data.

Cybersecurity: Hackers can use AI to test malware and improve and enhance it, posing threats to businesses of all types, including law firms themselves who are increasingly being targeted for attack.

Discrimination: As AI plays a bigger role in assessing humans in connection with decisions in involving things like hiring and credit applications, the risk grows that the organizations relying on AI will be subject to claims that they are discriminating on the basis of race, gender, or ethnicity. For example, New York State regulators launched an investigation into the Apple Card, a partnership of Apple and Goldman Sachs, after complaints that the algorithm used to issue credit limits for the card was discriminating against women applicants.

These issues—privacy cybersecurity, discrimination—and many others are ones that lawyers have long dealt with. The challenge that AI poses is that technology, as in the case of credit evaluation decisions in credit card applications, is now primary and merely ancillary in many underlying decision-making processes. The consequences of those decisions, however, redound to the benefit or detriment of humans. Therefore, it’s incumbent upon human lawyers to not only understand technology’s role, but, particularly in the case of AI, also understand how it works in order to evaluate its role in the grey areas of legal interpretation.

As with any revolutionary technology, there are many unintended and/or unanticipated consequences arising from AI’s implementation, many of which have legal implications. The efficiencies that AI is enabling come with new risks that lawyers must address. The good news for lawyers is that while AI will change the nature of legal work, it will do so in ways that make the job of being a lawyer a more interesting and rewarding endeavor. 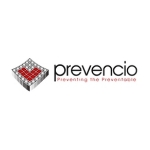 Analyzing Impacts Of COVID-19 On Artificial Intelligence (AI) in Food and Beverages Industry Effects, Aftermath And Forecast To 2026 – The Daily Chronicle

Analyzing Impacts Of COVID-19 On Artificial Intelligence in Diabetes Management Market Effects, Aftermath And Forecast To 2026 – The Daily Chronicle 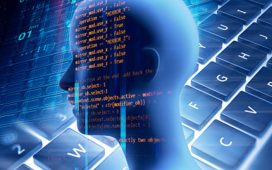 How to Play Among Us for Free on PC [Workaround]