The album hinted at the possibilities of the future and the role of machines and artificial intelligence in our lives and, much to the surprise of creators Kate Crawford and Nicole Skeltys, some of it “has come to pass”.

“We were thinking about what the future would look like, and I was already interested in questions around artificial intelligence and the way humans and machines could collaborate,” Crawford said.

“But there’s no way we could have truly predicted what this year would look like.”

Crawford, who now lives in Greenwich Village in the centre of New York City, witnessed the ups and downs of 2020 just outside her front door “both in terms of COVID-19 and the pandemic, but also the extraordinary protests in response to the killing of George Floyd”.

“It has been an optimistic time, a time of change, but also a time of creeping encroachment of artificial intelligence and surveillance in response,” she said.

Can machines can do the work?

The opening track on B(if)tek’s 2020 album, Machines Work, was inspired by an advertisement made by The Muppets creator Jim Henson and the sounds the inventor of electronic instruments, Raymond Scott.

In 1967, multinational technology company IBM asked Henson to make an ad about their new word processor and how its technology could help people control paperwork in the office.

The resulting ad, with its montage of images and words to an electronic soundtrack by Scott, provided the sample for Machines Work.

“It’s a fantastic little film, made to promote the idea that humans and machines would cooperate and deal with all the messy paperwork of the office,” Crawford said.

“It’s funny to see that those sorts of claims are still being made today. But, if anything, that work has filled more and more of our space, time and thoughts.

“Assuming that machines can do the work and artificial intelligence will save the day is, in some ways, quite a trap.”

Skeltys said this 1960s view that robots would “always be our friend” had since blurred into a more dystopian outlook, and the fear that robots were “coming to invade our space” was present with each new innovation.

She said a lot of the artificial intelligence robotic revolution had been outsourced to “very cheap female labour” who made its essential electronic components.

“This is the result of capital, and decisions that have been made about where it’s invested, and what kind of technology is made,” Skeltys said.

“It is not, by any stretch of the imagination, something out of human control. It just depends on who’s got their hands on the levers of power and influence.”

After eight busy years, touring with US hip hop group the Beastie Boys, selling out the Sydney Opera House, and being shortlisted for an ARIA award, B(if)tek disbanded.

Crawford went on to set up New York University’s AI Now Institute, which considers the social and political implications of artificial intelligence, and joined another duo, Metric Systems.

She has never lost her love of analogue synthesisers in the 25 years she has been composing with them.

“So many of the machines that Nicole and I used in B(if)tek were 20 to 30 years old,” Crawford said.

“They would function differently on a hot day versus a cool day. They’re organic. You get to collaborate with them.

“So they have personalities, which is something I find endlessly fascinating and a source of great curiosity when writing music.”

Crawford’s work through the AI Now Institute “is focused on how these tools that are part of everyday life are starting to produce, in some cases, serious forms of inequity, of bias and discrimination, in the systems we rely on”.

From health care to education to criminal justice, artificial intelligence was “a profoundly concentrated industry [with] social, economic and political power,” she said.

“We have to look behind the machines to see the broader economy of who is running these [systems]; who profits, who benefits, and who might be bearing the greatest risk.”

Crawford said there were “enormous sociological and political questions” that needed to be asked about using AI in our everyday life.

“It gets much more concerning when we look to the way in which artificial intelligence is used to decide who might get a job, or be seen as a more dangerous defendant in the criminal justice system; or what student is seen to have the greatest potential in how they are responding in a classroom,” she said.

“All of these systems I am describing already exist and we have an entire industry set up to try to extract data and to apply meanings to that data.

“The more I work in the field and really study those systems, a lot of those meanings are very suspect, and I think we have to be much more critical in the way we might expect artificial intelligence systems to interpret the world.”

From electronic music to folk rock

Unlike Crawford, Skeltys moved “180 degrees away from electronic music” towards folk rock, as a touring artist.

“People still crave the live performance experience, that intimacy and joy of being with other people,” she said.

“We long to be together and have that sense of community in the real world.”

She said much of her music was peppered with political and social commentary.

“There’s always people who say ‘nothing to worry about’, and philosophers and analysts who say we need to be worried because there’s going to be surplus populations and so many of us are not going to be needed,” Skeltys said.

“That’s another reason why I gravitated to [folk]. Some of the themes I’ve been writing and singing about … have unfortunately become more acute, rather than less so.”

It was after B(if)tek’s third album that Skeltys decided she “wanted to work less with machines and more with people”.

She handed over her vintage collection of synthesisers to the Melbourne Electronic Sound Studio, “an artist-run, living museum where anyone who’s curious and interested in this technology and aesthetic can go in, touch them, and learn how to use them”.

“One of the great inventors and pioneers of synthesisers, Bob Moog, called the experience [of using them], ‘a feeling you’re channelling some kind of spiritual, transcendental, universal energy’ — the opposite of artificial intelligence,” she said.

“I thought and felt that as well.”

Skeltys said the themes dealt with in her latest album, Deal With Your Disenchantment, had become “more and more real for people as we all deal with our disenchantment of being in lockdown”.

“We’re coming to an inflection point where people are saying, ‘We need to have more control over our data, over our digital lives,’ just at the moment where the power of [AI] companies has become, in many ways, stronger than it has ever been.” 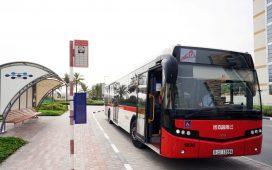 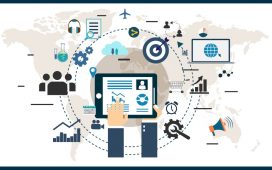 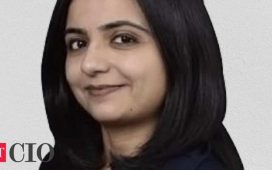 Symbiosis between Artificial Intelligence and human creativity will define the Future of Jobs, IT News, ET CIO 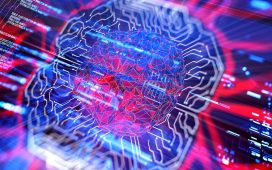