A form of artificial intelligence combined with MRI scans of the brain predicted with 94% accuracy whether individuals with a specific type of early memory loss would go on to develop Alzheimer’s diseases or other forms of dementia, according to a new study.

University of Florida researchers studied 55 participants diagnosed with amnestic mild cognitive impairment —  a condition that is a known precursor to Alzheimer’s disease and marked by signs like forgetting conversations or misplacing items.

By applying a support vector machine model algorithm to a 45-minute MRI brain scan of brain structures and brain activity, researchers reported they were able to predict progression from amnestic MCI to dementia with over 94% accuracy. The algorithm delivered 92.7% accuracy when applied to a 10-minute brain scan.

Fourteen participants developed dementia and 41 remained stable over a 15-month study period. Participants were evaluated at the University of Miami.

“A unique aspect of this study is that we were able to identify the exact areas of the brain that differentiated the two groups,” Joseph Gullett, Ph.D., assistant professor in UF’s College of Public Health and Health Professions and study lead, said in a statement. “This is crucial for predicting which participants are more likely to develop dementia, and is also important for our future research efforts.”

Individuals with amnestic mild cognitive impairment typically have difficulty remembering important information, such as appointments or recent events. The proportion who go on to develop dementia ranges from 17.7% to 40.4%, according to the paper.

See also  How Will Artificial Intelligence Affect Workplaces And Lives In The Future?

“We hope that this study will pave the way for more personalized intervention strategies by helping researchers determine which patients to treat first, when to treat them, which clinical approach to use, and how to apply the intervention at an early stage,” said Ruogu Fang, Ph.D., of the UF College of Engineering and a study co-author.

The ability to provide early identification of at-risk individuals also provides large medical-economic cost savings, according to the study. Early intervention to delay the onset of Alzheimer’s by just one year could reduce total healthcare payments up to 14% and decrease the number of Alzheimer’s diagnoses by 9.2 million by 2050.

Researchers next plan to expand the number of participants, extend the monitoring time frame, and track changes in beta-amyloid proteins —  a hallmark of Alzheimer’s disease.

The study was supported in part by a grant from the 1Florida Alzheimer’s Disease Research Center and the National Institutes of Health. 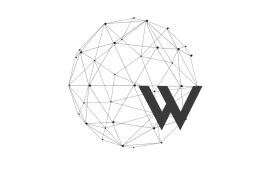 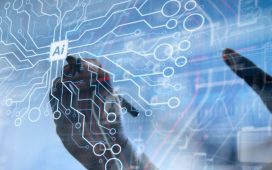 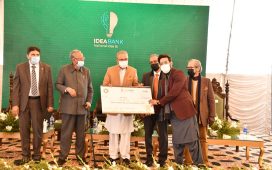