Once relegated to the margins of society, conspiracy theories have in recent months moved into the mainstream, seemingly fuelled in part by the coronavirus pandemic. Despite their potential to spread panic and even cause harm, debunked conspiracy theories are easily spread among like-minded people on social media.

But University of California (UC) researchers have now developed an artificial intelligence tool able to distinguish an emerging new narrative and an unfounded conspiracy theory.

Timothy Tangherlini, A UC professor of Danish Literature and Culture, wrote: “It turns out that it’s possible to distinguish between conspiracy theories and true conspiracies by using machine learning tools to graph the elements and connections of a narrative.

“These tools could form the basis of an early warning system to alert authorities to online narratives that pose a threat in the real world.”

READ MORE: AI-manipulated media will be ‘WEAPONISED’ to trick military

These methods were successfully tested on recent notorious conspiracy theory examples, including Pizzagate, the coronavirus pandemic and the anti-vaccination movements, and plans are already in place to next study QAnon.

Because almost all conspiracy theories occur online, the researchers were able to trace their origins to a series of often disjointed rumours and story pieces en route to forming a more comprehensive narrative.

Pizzagate was the totally-unsubstantiated conspiracy theory linking prominent politicians with satanic paedophile trafficking, resulting with a man entering a Washington pizza parlour armed with an AR-15 rifle in 2016.

First, while the narrative graph for Bridgegate took approximately seven years to develop, Pizzagate’s appeared fully-formed and stable within a month.

Professor Tangherlini wrote: “When we removed the people, places, things and relationships that came directly from the interpretations of the WikiLeaks emails, the graph fell apart into what in reality were the unconnected domains of politics, casual dining, the private lives of the Podestas and the odd world of satanism.”

However, the researchers admit their work raises “clear ethical challenges”, as their methods could eventually exacerbate the conspiracy theory problem by generating additional posts to a conspiracy theory discussion.

And even more concerning, this AI tool could also develop an entirely new conspiracy theory.

Fortunately, they add how such an “early warning system” capable of tracking emerging conspiracy theories can one day help the authorities to react to real-world actions triggered by these narratives.

Professor Tangherlini added: “Perhaps with such a system in place, the arresting officer in the Pizzagate case would not have been baffled by the gunman’s response when asked why he’d shown up at a pizza parlour armed with an AR-15 rifle.” 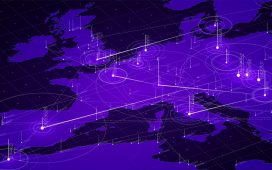 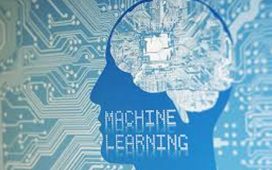