In this week’s roundup from the Association for Unmanned Vehicle Systems International, which highlights some of the latest news and headlines in unmanned vehicles and robotics, studying autonomous vehicle operation in Canadian winters, the foundation is laid out for ZM Interactive customers to conduct beyond-line-of-sight drone flights, and unmanned surface vehicles conduct seabed surveys on offshore wind farm turbines.

This week, a startup called Scale AI open-sourced Canadian Adverse Driving Conditions (CADC), which is a data set that contains more than 56,000 images in conditions including snow created with the University of Waterloo and the University of Toronto.

The move is designed to help in the development of autonomous vehicles capable of driving in wintry weather, as Scale AI claims that CADC is the first corpora with snowy sensor samples to focus specifically on “real-world” driving in snowy weather.

“Snow is hard to drive in — as many drivers are well aware. But wintry conditions are especially hard for self-driving cars because of the way snow affects the critical hardware and AI algorithms that power them,” explains Scale AI CEO Alexandr Wang in a blog post, via VentureBeat.

“A skilled human driver can handle the same road in all weathers — but today’s AV models can’t generalize their experience in the same way. To do so, they need much more data.”

According to Scale AI, the routes captured in CADC were chosen based on levels of traffic and the variety of objects such as cars, pedestrians, animals, and most importantly, snowfall. Teams of engineers used an autonomous vehicle platform called Autonomoose to drive a Lincoln MKZ Hybrid mounted with a suite of lidar, inertial sensors, GPS, and vision sensors (including eight wide-angle cameras) along 12.4 miles of Waterloo roads.

Combining human work and review with smart tools, statistical confidence checks, and machine learning checks, Scale AI’s data annotation platform was used to label each of the resulting camera images, 7,000 lidar sweeps, and 75 scenes of 50-100 frames. The company says that the accuracy is “consistently higher” than what a human or synthetic labeling technique could achieve independently, as measured against seven different annotation quality areas.

For University of Waterloo professor Krzysztof Czarnecki, his hope is that the data set will put the wider research community on “equal footing” with companies that testing self-driving cars in winter conditions, including Alphabet’s Waymo, Argo, and Yandex.

“We want to engage the research community to generate new ideas and enable innovation,” Czarnecki says. “This is how you can solve really hard problems, the problems that are just too big for anyone to solve on their own.”

ZM Interactive (ZMI) has selected Iris Automation as the detect and avoid (DAA) provider for its drones, which will allow ZMI customers to conduct beyond visual line of sight (BVLOS) operations.

ZMI manufactures the xFold drone, which is an industrial, military-grade UAS that comes in various sizes and configurations. Its frame can change between a x4 (Quad), x6 (Hexa), X8 (octo) and X12 (Dodeca) configurations in minutes, and it has a heavy payload capability of more than 300 pounds, making the UAS ideal for a wide range of commercial, industrial, military and emergency response applications. Some of its use cases include aerial cinematography, 3-D Mapping and inspections, and cargo delivery.

Having selected Iris Automation as its DAA provider, ZMI will provide the option of equipping its UAS platforms with Iris Automation’s Casia system. Described as a “turnkey solution,” Casia detects, tracks and classifies other aircraft and makes informed decisions about the threat they could potentially pose to the UAS. To avoid collisions, Casia triggers automated maneuvers, and alerts the pilot in command of the mission.

“This collaboration between Iris Automation and ZMI allows xFold drone customers to use their drones to their full potential,” explains Iris Automation CEO Alexander Harmsen.

“Having drones pre-equipped with the option for advanced BVLOS capabilities is a basic requirement the industry will soon expect to see on all drones out-of-the-box.”

Under its partnership with ZMI, Iris says that it will also offer customers with Casia onboard regulatory support for Part 107 waiver writing and regulatory approval processes to secure the permissions needed to conduct their unique BVLOS operations. 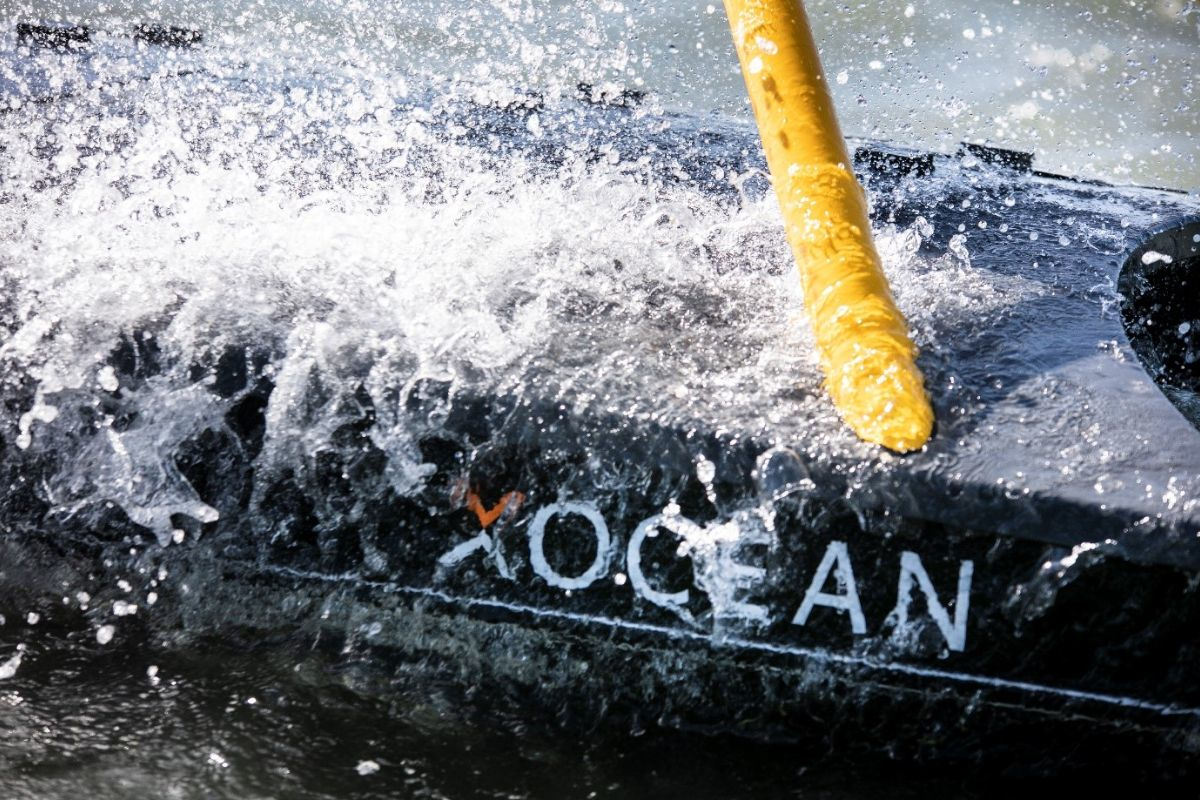 Considered a first for the offshore wind sector, XOCEAN’s XO-450 USV recently conducted seabed surveys on seven of the turbines at the Greater Gabbard Offshore Wind Farm, a joint venture between SSE Renewables and innogy.

To validate data collection before the vessel departed the work locations, experts located in the United Kingdom monitored the data collected from shore in real-time throughout the survey.

According to XOCEAN, the survey demonstrates the “highly flexible and collaborative nature” of this technology, which ultimately allows industry experts to have direct access to real time data, from any location.

“We are constantly looking for innovative ways in which we can operate our fleet of renewables assets,” says Jeremy Williamson, SSE Renewables Head of Operations.

“XOCEAN’s vessel will allow us to carry out our work in a more efficient, and most importantly for SSE Renewables and our partners innogy, in the safest way possible. We’re really interested to see how this sort of work can help improve our industry and look forward to working with XOCEAN in future.”

XOCEAN says that its USVs offer a number of benefits, including keeping operators safe as they remain onshore, efficiency with operations 24 hours a day, seven days a week, and environmental benefits with ultra-low emission. These benefits result in “significant economic savings,” the company adds.

“Our USV platform has demonstrated itself to be a safe, reliable and low carbon solution for the collection of ocean data,” says James Ives, CEO of XOCEAN.

“We are delighted to be working with SSE and innogy on this ground-breaking project.”

Artificial Intelligence Adoption in Financial Services To Increase by 2022

Artificial Intelligence Marketing is the AIM of Advertisers in 2020

How Artificial Intelligence can make the U.S. Healthcare more efficient

£1.2 billion for the world’s most powerful weather and climate supercomputer