Techregister Logo
Techregister > News > Mobile news > Arrest after mobile phones worth £2,000 reported to have been stolen from shop
Mobile news


A man has been arrested after £2,000-worth of mobile phones were reported to have been stolen from a family-run electronic shop.

The items are alleged to have been taken from RADTEK in Cromwell Road, Radcliffe-on-Trent, on August 31.

A window was reported to have been smashed.

A 37-year-old man was arrested on Sunday (September 12) on suspicion of burglary and questioned by officers in connection with the incident.

He has since been released on bail as the investigations continue.

Inspector Rob Lawton, of Nottinghamshire Police, said: “This incident has had a significant impact on a local family business – both on a personal level and in terms of the considerable costs incurred.

“Our investigation is ongoing and we would still like to hear from anyone who may have vital information about what happened. So please get in touch on 101.”

Anyone with information is asked to contact the force on 101, quoting incident 750 of August 31.

Alternatively Crimestoppers can be contacted anonymously on 0800 555 111.

See also  Will 5G be a game changer for business in 2020?
Share on FacebookShare on TwitterShare on LinkedInShare on Reddit
techregisterSeptember 15, 2021 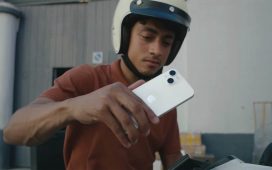