Volcanoes spew hot, dangerous gases, ash, lava and rock when they erupt, and can have devastating consequences. The Cumbre Vieja volcano on La Palma started erupting on September 19, more than a month ago, and has forced thousands of people to evacuate. The eruption, which is still showing no signs of stopping, has destroyed some 2,000 homes. Canary Island officials last week admitted that there is no end in sight, after 40 tremors struck the island in one day.

Fortunately, nobody has died so far.

However, La Palma is of course not the only part of the world to experience the terrifying power of volcanos.

Archaeologists in the Bay of Naples made an incredible discovery, finding the remains of more than 300 people trying to flee the catastrophic Mount Vesuvius eruption of 79 AD, which famously covered the city of Pompeii.

On what was once the beach of the ancient Roman city of Herculaneum, a team of archaeologists found the remains of more than 300 inhabitants, who had been killed by a surge of boiling volcanic material.

Smithsonian Channel documentary ‘Mummies Alive: Hero of Herculaneum’ looks into the artefacts from the eruption nearly 2,000 years ago.

The ‘Herculaneum 300’ were described as a ‘scene of horror’ (Image: GETTY)

Pompeii and Herculaneum are the best known cities obliterated by the eruption, which was one of the deadliest in European history.

The remains of more than 1,500 people have been found so far, although the total death toll remains unknown.

Around 30,000 people are believed to have died in total, with bodies still being discovered to this day.

The documentary’s narrator said: “Inside these boathouses was a scene of horror.”

Pier Paolo Petrone from the Museum of Anthropology in Naples said: “Here on the ancient beach of Herculaneum, you can see the tragedy that occurred in the 79 AD eruption here in Naples.”

Herculaneum lies in the shadow of Mount Vesuvius. (Image: GETTY)

Two victims in Pompeii of the Vesuvius eruption of 79 BC (Image: GETTY)

Pompeii, which attracts 2.5 million visitors each year, was buried under four to six metres of volcanic ash and pumice in the eruption.

Herculaneum, much closer to the crater, was buried under a staggering 23 metres of material from the pyroclastic surges.

It was, however, spared from tephra falls by the wind direction.

Most, or all of the victims in Herculaneum are believed to have been killed by the surges.

Evidence has been found of high temperatures on the skeletons of those found in the arched vaults on the seashore, which is now 500 metres inland, as well as the existence of carbonised wood in these buildings.

Herculaneum was buried under 23m of volcanic material. (Image: GETTY)

When the volcanic material hardened into rock, the wood would have been carbonised and preserved.

The vaults were most likely boathouses, and contained as many as three people per square metre.

The skeletons, first discovered in 1982, paint a chilling picture of the disaster.

Luca Bondioli, from Rome’s National Museum of Prehistory and Ethnography, said: “We have a disaster. We have a crisis. We have the complete bodies.

“We have girls, we have old people, we have children, we have everything. Somewhere here there is a dog.”

The Vesuvius eruption of 79 AD was one of Europe’s deadliest. (Image: GETTY)

Historians have recently suggested the group were just minutes away from being rescued by Pliny the Elder, commander of the local naval fleet.

His nephew, Pliny the Younger, wrote two letters describing the eruption, both of which have great historical significance due to their accurate description of the eruption.

Francesco Sirano, director of the Herculaneum archaeological site, told The Times earlier this year: “The ornate weapons and the rucksack found with one of the skeletons, known as No 26, suggest he was part of the doomed mission sent by Pliny, which is why the locals look like they were lining up calmly to board his boat.”

The remains of a nine-metre-long rowing boat was also found at Herculaneum, and No 26 lay near to the boat.

Another theory is that No 26 could have been a fugitive who escaped from a docked ship in search of cover from the boiling volcanic material.

His bones were coloured a bright red from “the imprint left by the victim’s blood” and his skull had been smashed in by a fallen roof beam.

More digging is planned at the site after the discovery of No 26 in May, and further evidence of Pliny’s rescue mission may now emerge. 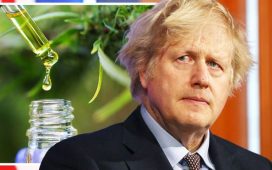 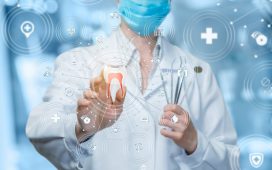 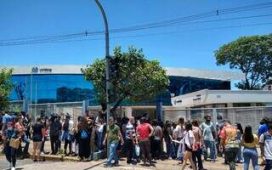 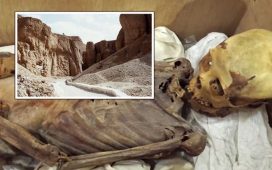 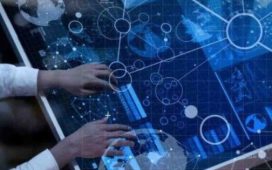