(Bloomberg) — Apple Inc.’s iPhone shipments in India grew 6% in 2019 compared with a 43% decline in the previous year, stabilizing its position in a rare market that still exhibits growth in smartphone demand.Discounting the iPhone XR by $250 in the middle of the year made it Apple’s best-selling phone in the country, according to Counterpoint Technology Market Research. The fall introduction of the iPhone 11, with a reduced starting price, “helped to gain share during the festive season and in its launch quarter in India,” the researchers added.

In a country where the annual per-capita income barely exceeds $2,100, an iPhone with a four-figure price tag is an out-of-reach aspirational object for most. Apple is having to go up against Android rivals averaging prices below $200 and its market share is correspondingly low: of the roughly 158 million smartphones shipped in India in 2019, Apple sold less than 2 million.

“Apple is shifting focus from older-generation iPhones to selling the latest models and that is a big change,” said Tarun Pathak, a Gurgaon-based associate director at Counterpoint. The iPhone 11 family of devices arrived in India a month after its global launch, a significant acceleration on previous years.

Additionally, Apple is set to unveil a successor to the iPhone SE in March, Bloomberg News has reported, which will offer its latest processor and software at a lower cost. The original iPhone SE of 2016 started life at a $399 price point, which, while still premium by Indian standards, would be more attainable than the flagship iPhone price.

Counterpoint’s data indicates that India’s premium segment is growing at a 20% rate, almost doubling the roughly 10% growth of the local smartphone market overall, which suggests greater opportunity for Apple. Pathak said that Apple is “making it even more affordable to Indians by selling at zero-interest monthly installments.”

While Apple has managed to reverse the massive slide of 2018, its 2019 shipments are still down more than a quarter from 2016. The iPhone maker continues to struggle to make headway in India against cheaper smartphones from the likes of OnePlus and Samsung Electronics Co.

Over a year ago, the U.S. phone maker revamped its distributor partnerships and started assembling in India through its partners Hon Hai Precision Industry Co. and Wistron Corp., helping it avoid hefty import duties of 20%. The company has also been eyeing locations for brick-and-mortar Apple stores in India, showing renewed interest in the fast-growing market.

To contact the reporter on this story: Saritha Rai in Bangalore at srai33@bloomberg.net

To contact the editors responsible for this story: Edwin Chan at echan273@bloomberg.net, Vlad Savov, Colum Murphy 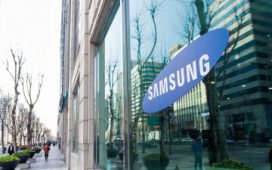 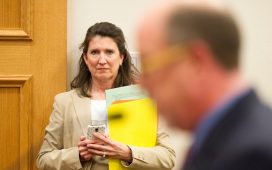 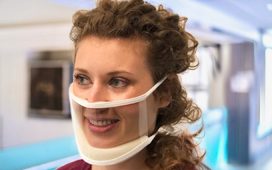