WASHINGTON (AFP) – Apple is on the verge of becoming the first US$2 trillion (S$2.7 trillion) American company following a gravity-defying surge that has highlighted the value of its iPhone ecosystem during the global pandemic.

Shares in Apple have roughly doubled from March lows, an astonishing performance which has lifted chief executive Tim Cook’s net worth to US$1 billion for the first time, according to a Bloomberg Billionaires Index calculation.

A dip in Apple shares left its market value at around US$1.87 trillion on Tuesday (Aug 11), ahead of Big Tech peers Amazon and Microsoft (both at US$1.54 trillion) and Google parent Alphabet (US$1.0 trillion).

If it reaches US$2 trillion, Apple would be the only company other than Saudi Aramco to hit the milestone.

Even as other large tech firms have shot higher on robust demand during lockdowns, Apple has outpaced its rivals by delivering strong sales of gadgetry including wearables and tablets, along with new apps and services which have gained ground during the global health crisis.

“Apple has been wildly successful in building out its platforms, mitigating the fact that iPhone sales had peaked, by building products that surround it and services that enhance it,” said Avi Greengart, analyst with the consultancy Techsponential.

“It all feeds back into the cycle for Apple.”

In the past quarter ending in June, Apple reported profits rose eight per cent to US$11.2 billion and revenues jumped 11 per cent to US$59.7 billion.

The quarter showed a modest rise in smartphone revenue, buoyed by the new entry-level iPhone SE, and robust increases in sales of iPads and Mac computers, in demand for remote education and work-from-home buyers.

Services made up more than one-fifth of Apple revenue as it expanded its offerings in music, digital payments, streaming television and boosted income from its App Store. Apple has also extended its lead in the smartwatch market amid growing interest in health and fitness applications.

“Apple entered the pandemic strong and the company’s products are an even more foundational part our lives today as we work, live, and play from home,” said Gene Munster of Loup Ventures in a research note.

Goldman Sachs analyst Rod Hall said markets appeared surprised by Apple’s strong results and noted that “consumers and institutions are clearly spending even more than we had anticipated to support both work from home and study from home.”

A major factor in Apple’s success has been leadership from Mr Cook, who took over just ahead of the death of Steve Jobs in 2011.

“He didn’t invent anything, but what he has done is keep a firm hand on the tiller, steering the ship and keeping the culture intact,” said analyst Laura Martin at Needham & Company.

“He deserves a lot of credit for making the most out of Steve Jobs’s inventions.”

Mr Cook was not one of Apple’s founders and his salary, by Silicon Valley standards, was a relatively modest US$3 million in 2019, along with a bonus of US$7.6 million. But the value of his stock grants has pushed him into the club of billionaires for the first time, according to Bloomberg.

Mr Cook “deserves a tremendous amount of credit because Steve Jobs was a hard act to follow,” Mr Greengart said.

“Many companies started by singular individuals falter when those founders leave or pass on. But Apple has taken the foundation that Steve Jobs built and built on it extensively without losing the soul of what makes Apple Apple.”

CHINA AND THE FUTURE

Can Apple maintain its juggernaut pace of growth in the current environment? Some analysts think so, pointing to the need for replacement smartphones and 5G upgrades.

Daniel Ives at Wedbush Securities says Apple “has a ‘once in a decade’ opportunity over the next 12 to 18 months as we estimate roughly 350 million of Cupertino’s 950 million iPhones worldwide are in the window of an upgrade opportunity.”

But Apple faces risks from heightened tensions with China, since it not only manufactures iPhones and other products there, but also relies on that market for a large chunk of sales, Mr Greengart noted.

“Apple’s biggest risk point is that they are so concentrated in China,” Greengart said.

With the Trump administration threatening to ban Chinese-owned TikTok and WeChat, Apple may face headwinds, the analyst said.

“If Apple can’t offer WeChat, it will be difficult to sell iPhones in China, since that’s almost like a second operating system,” Mr Greengart said.

Any retaliation against Washington by Beijing could cause troubles for the iPhone maker, he noted.

On the other hand, Greengart noted that Apple may have leverage because of its extensive Chinese operations, which employ hundreds of thousands of people, mainly through subcontractors.

“It would be hard for China to put Apple out of business without causing massive unemployment,” he said. 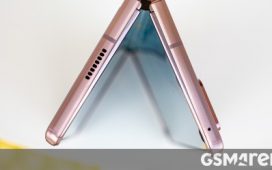 Report: Samsung to control 80% of the foldable smartphone market this year 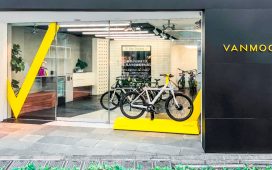 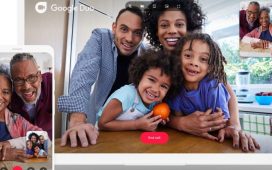 You Can Now Share Your Android Screen on Google Duo

BA boss: Firing and rehiring staff ‘off the table’

Report: Samsung to control 80% of the foldable smartphone market this year

Cloud Computing’s Next Wave, From Resilia To Roam Research

Why you should use Presto for ad hoc analytics

Wayback Wednesday: A little too literal-minded