China and India haven’t been the most fertile territories for Apple in terms of handset sales in recent years, but somehow, the Cupertino-based tech giant managed to gain quite a bit of ground in both these very important markets during a quarter that only saw a new iPhone release at its end.

Is Vivo becoming a global threat?

After Huawei’s staggering year-on-year decline from 30 to 8 percent Chinese market share, Vivo has moved into first place, edging out sister brand Oppo with a healthy 23 percent slice of the pie, compared to 20 percent for the BBK-owned silver medalist.

Perhaps more impressively, Vivo grabbed India’s bronze medal for the July – September 2021 timeframe as well, beating everyone from Realme and Oppo to Apple and OnePlus. The Chinese champion was number one in India’s offline channel, as well as the 5G segment, further demonstrating its potential to challenge Samsung and Apple’s global supremacy relatively soon.

Samsung, mind you, is as irrelevant as always in China while registering a 19 percent share in India to place second overall in Q3 smartphone shipments, narrowly behind Xiaomi and well ahead of Vivo. Helped by low to mid-end models like the Galaxy M42, M52, A22, and A52s, the company was second in regional 5G sales too.

In related news, water is wet. Jokes aside, it’s certainly impressive that the iPhone 11 and 12 lineups remained successful enough between July and September of this year to not only secure Apple‘s top spot in both the premium and ultra-premium segments of India’s smartphone market, but also contribute to a 212 percent (!!!) year-on-year growth in overall sales in the region.
See also  YEARENDER 2019: Most Popular Smartphones Of The Outgoing Year

Obviously, that made Apple the nation’s highest growing brand (by far), and things were not radically different in China either, where Cupertino’s 48 percent year-on-year progress was only surpassed by Realme’s surge from 0 to 4 percent market share.

Apple was also the number one premium 5G smartphone brand in India for the first time, while OnePlus performed remarkably well in the market’s overall premium division thanks to the very affordable Nord 2 5G and Nord CE 5G.
Despite India’s primary focus on low-cost devices, Samsung’s 5G-enabled Galaxy Z Fold 3 and Z Flip 3 also got off to a strong start at the local box-office, looking at providing stiff competition for the iPhone 13 family ahead.

Of course, the component shortages that led to a 6 percent drop in worldwide sales also impacted both China and India, which ended the year’s third quarter with 9 and 2 percent deficits respectively compared to the smartphone shipment totals of Q3 2020. 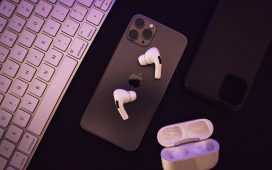 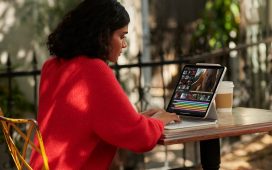 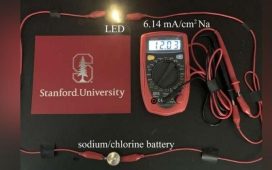 This New Battery Can Keep Your Smartphone Charged For A Week 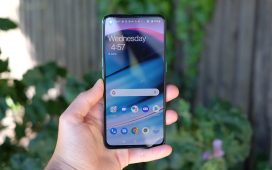