The latest iPhones are now on sale and Apple has released four models in the hope of providing something for everyone.

The pro models have an extra camera, slightly upgraded processor and a more advanced display. But for many people, the more affordable iPhone 13 and iPhone 13 mini are the perfect fit.

Aside from the size of the handset, battery inside and the price, there are almost no differences between the iPhone 13 and the mini, besides the mini costing £100 less.

The cameras, processor, features and design language are identical. So, nearly all comments in this review apply to both phones equally.

The new iPhones look very like last year’s iPhone 12. That’s no bad thing and since most people will be coming to the new models from the iPhone 11 or earlier, it will be an all-new experience, with the curved edges and pillowed display of earlier devices replaced by a flat screen and edges. This new shape allows for more screen in the same size case, so the iPhone 13 is only marginally bigger than the iPhone 11, for instance, but replaces that phone’s 5.8in display with a 6.1in screen.

Oh, and the 11 had an LCD screen, but this year’s iPhone screens, like last year’s, are all OLED.

The display has another difference: the size of the notch. That’s the cut-out at the top of the screen where the earpiece, front-facing camera and depth sensor that makes Face ID work sit. By moving the earpiece upwards and rearranging the camera elements, Apple has made the cut-out smaller, and it’s noticeably less wide, though a little deeper. Either way, the notch is something you stop noticing very quickly.

The “ceramic shield” – a super-strong front that helps prevent damage when the phone is dropped – was also introduced last year alongside glass for the rear of the phone, which Apple says is the toughest out there. Both are on these latest models. Even so, a case is recommended for peace of mind.

Unlike the pros, which have a shiny, stainless-steel antenna band, the iPhone 13 and 13 mini use aluminium, which is matte instead.

The rear glass is glossy, though, reserving a matte finish around the dual cameras. The iPhone 13 and 13 mini are available in five colours: “starlight”, “midnight”, pink, blue and red. All look good but “starlight” is particularly attractive – a kind of silver with gold hints – while the pink is pale and subtle, almost white in some light.

The cameras have much bigger lenses than last year, and they are arranged diagonally instead of vertically.

Read more: Best phones for 2021, from iPhone, Samsung and more

The size is the clearest difference between the two models. The iPhone 13 is identical in size to the iPhone 13 pro and fits most hands easily. But if you have smaller hands or simply want a more pocketable gadget, the mini lives up to its name. It almost looks like a toy it’s so dinky, but it still manages to fit in a 5.4in display, which is almost the same as the iPhone 7 plus (5.5in) which, at the time, had the record for the biggest iPhone screen. Because this phone has an all-screen front, it’s able to be much smaller.

The only difference compared to the screens on the iPhone 13 pro and pro max are that the more expensive phones boast a faster refresh rate, so that scrolling through menus, for instance, has a smoother look to it. It’s a great upgrade, but these screens look fantastic, too.

There are two cameras on the iPhone 13, as there were on the iPhone 12. The same applies to the mini: where many manufacturers save their best components for their premium phones, Apple uses the exact same elements in the 13 and 13 mini, so the identical cameras are found on the smaller handset, though they do look proportionately bigger there.

The lenses are big on both phones – much bigger than last year’s iPhones – which is why they are placed diagonally, to save space on the camera panel.

The main camera has an improved sensor, which is larger than on the iPhone 12, with bigger pixels and a much greater ability to draw in light, which is useful. It also has optical image stabilisation, taken from the iPhone 12 pro max.

The other sensor is an ultra-wide, which is great if you need to step back to take in the view but can’t.

Both cameras are fast and capable, working well in pretty much every situation, including pitch black. The advanced night mode takes multiple exposures over several seconds and amalgamates them to create a sharp image that’s much brighter and easier to view.

There’s a new system called “photographic styles” where you can choose if you want a signature look to your shots, making them warmer or more vibrant, for instance. Other phones have filters but this is a more holistic approach, treating different parts of the image in discrete ways. You can’t change this style after the event, though you can flip between styles before you shoot next.

Then there’s cinematic mode, which blurs the background as you shoot. So, as somebody walks into frame, the focus switches to them, or as somebody in the background turns and looks at the camera, they’re suddenly in sharp focus. It happens automatically but you can also manually set the focal point. Unlike photographic styles, you can alter this after you’ve shot the video.

The A15 bionic chip is extremely fast. It means that everything happens at pace, video plays smoothly and the camera shutter triggers without delay. The pro iPhones have a more advanced version of the same chip which is even faster and offers some extra features, but this processor is speedy and capable.

It’s also efficient and this, in conjunction with a bigger battery, makes for longer battery life: there’s an extra 1.5 hours for the iPhone 13 mini and another 2.5 hours on the iPhone 13, compared to the respective 12 and 12 mini from last year.

The iPhone 13 and iPhone 13 mini offer blazing-fast performance, great design and great cameras. Sure, there’s even more on the pro models, but for most people there is more than enough power and sophistication here. These are easily the best non-pro phones Apple has ever built and the iPhone 13 and 13 mini beat most other high-end smartphones from rival brands.

Plus, the additional battery life means that both run to the end of the day with ease. The iPhone 12 mini came into criticism for not lasting long enough, but that’s not the case here.

Both phones are immaculately designed and built, offer real power and make good photography easy. If you’re not a fan of bigger phones, the iPhone 13 mini is the most powerful compact phone around, from any manufacturer. 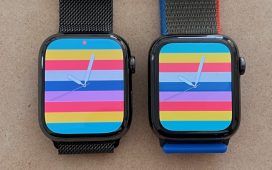 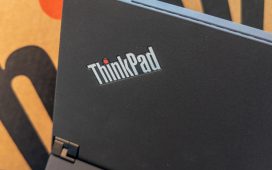 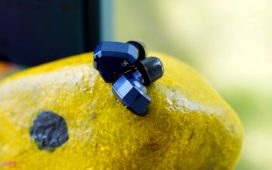 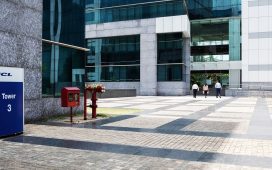 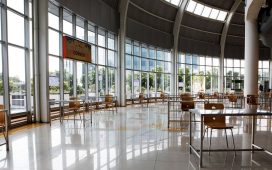 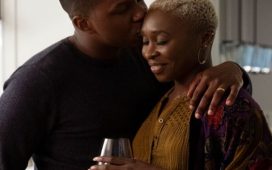 Review: Needle in a Timestack explores how love endures when time is in constant flux

Student would not have died if he’d seen GP face-to-face, family says

Ali Harbi Ali: What we know about suspect in murder of Sir David Amess MP

College of Engineering and Science to honor past distinguished alumni