Sign up to myFT Daily Digest to be the first to know about FT Alphaville news.

Beijing’s order for Ant Group to hive off its loans business into a separate app has made big news Monday. From the FT’s take (our emphasis):

Chinese regulators have already ordered Ant to separate the back end of its two lending businesses, Huabei, which is similar to a traditional credit card, and Jiebei, which makes small unsecured loans, from the rest of its financial offerings and bring in outside shareholders. Now officials want the two businesses to be split into an independent app as well.

The plan would also require Ant to turn over the user data that underpins its lending decisions to a new credit scoring joint-venture which would be partly state-owned, according to two people familiar with the process.

That the CCP wants access to data on people’s spending habits is not exactly a shock. Indeed, as we have long argued (see here, here and here) the crackdown on Ant is less about muzzling Jack Ma than it is about maintaining control over money as we transition to an almost entirely digital system of payments and settlements, and credit creation.

The attack on Ant is but one of spike of a multipronged plan to maintain Beijing’s near monopoly not only in the creation of currency, but the provision of credit and the clearing of the entire economy. That plan includes a crypto ban and the launch a central bank digital currency, the design of which will create a centralised ledger granting the People’s Bank of China access to each and every single transaction done using it.

This pathway to a Gosplan 2.0-style central clearing system for all goods and services based on Alibaba’s troves of data on consumer spending patterns was predictable as far back as 2015. As FT Alphaville noted then, Big Tech has long had the potential to become the monetary system itself:

This, we dare say, is where the next evolutionary point in the marketplace lending story might come and it’s something to watch for alongside the growth of online retailers and online retailer credit and banking forays. Think of it this way, if you’re not lending money as much as prepaid redemption rights to goods and services at Alibaba — on the condition, of course, that you get more rights to goods and services in the long run when you really need them — you don’t actually need to clear anything via the traditional banking system at all.

Add to all this an online retailer’s knowhow about customer spending habits and suddenly what you end up with isn’t just a money issuer but a central clearing system that can anticipate both demand and supply, and groom it accordingly whenever it is mismatched. Discounted handbag giveaways to those it knows have been yearning for such products if and when it anticipates a handbag supply glut, and cheap credit to potential shoe suppliers if women’s wishlists for Jimmy Choos are building up. In many ways it’s the path to the perfect command economy.

Which brings us to our second point.

See also  Carbonauten from Germany making it to the Green Alley Award finals!

The clampdown on Ant speaks to what Benoît Cœuré of the Bank for International Settlements has referred to as an international sparring match over “the balance of power between government and big tech in shaping the future of payments and related data rights and control”.

It’s global, not local. And so the degree to which the clampdown is seen as unique to this particular sovereign is overdone.

Beijing’s move might fit within the broader Perestroika-without-the-Glasnost arc of China’s economic policy. And we’d be surprised if Mark Zuckerberg disappeared from public view for months on end. But the CCP’s playbook is increasingly being mirrored by others.

US and European financial officialdom is increasingly looking to state-backed digital currencies and more heavy handed regulation of Big Tech to tackle the threat posed by the likes of Bitcoin and the Facebook-led Libra (now Diem) project.

This makes Western criticism of China’s pathway to a state-backed digital Gosplan a lot harder to swallow.

The better question in that context is: will this radical transformation of the money system ever be properly communicated to the global citizenship and actually voted upon? This is especially the case in western democracies, where the alternatives to a state-managed digital system have the potential to transfer power to private technocracies instead.

Our concern here at FT Alphaville is that these changes in China and elsewhere are happening outside of popular political discourse, with the bulk of the population entirely oblivious to the implications of speedy, one-click, friction-free shopping on platforms like Amazon and Alibaba. Even more concerning is the fact that nobody in the political arena seems to have any interest in waging a proper information campaign about it.

The closing scene from the last episode of Adam Curtis’ most recent six-part documentary Can’t get you out of my head does the best job so far of recounting the uncomfortable choices facing society at this juncture as a result:

One possible future is that individualism will disappear and with it the very idea of individual freedom. As has already begun in China, data will be gathered and used on a massive scale to predict and manage all human behaviour in the way that the psychologist B.F. Skinner predicted. He said that individualism would be just a brief moment in history before science would find a way to manage and control everyone. You would, said Skinner, create a world that is beyond freedom and dignity.

Another possibility is that the future will be like the past. Many people are hoping that with the election of Joe Biden in America it will be possible to return to an old stability where individualism can continue to be managed by a benign elite. But although Donald Trump is gone and the Brexit deal done what they both revealed was that underneath Western societies there are enormous pressures building up that will not go away, while protests have broken out again in Russia after the arrest of Alexey Navalny. Tens of thousands came out on to the streets demanding an end to the corrupt regime led by Vladimir Putin. The reality is that all these societies, not just America and Britain, but China and Russia too, are exhausted, empty of any new ideas. All of them have corruption that has burrowed deep into their institutions, corruption that the politicians seem powerless to stop while China which many believe is a model for the future is underneath the society not only riddled with corruption but its growth is declining far more than the official figures reveal while its population is rapidly ageing. Far from being an alternative future China may well be yet another old decaying society that relies on a powerful surveillance system to maintain its power because it too has no other vision of the future

The third possibility is to try to imagine genuinely new kinds of futures ones that have never existed before. But to do that we as individuals will have to regain the confidence that we have lost in this frightened and uncertain time. But already the psychological theories that tell us we are weak and manipulable are cracking and more and more people are beginning to realise that the fragmented emotions of anxiety and suspicion that they feel inside them may really be just the raw material for the technology corporations to feed off. It may be that we are really far stronger than we think. The one thing that is certain is that the world of the future will be different and that the people in that future will feel and think differently too. If we can regain our confidence we will find that we have the power to influence how that future turns out and as a first step we have to start imagining what kind of future it is we want to build.

The sociopolitical implications of who controls the new digital monetary system is what is really at stake.

We don’t have all the answers. But the ideal is to aspire to a system that relies on trust, not on data or surveillance to manage people. It also needs to find a way to keep the corrupting forces within centralised systems in check — tools that allow anyone to opt out at a moment’s notice could be one option for doing so. Yet technological advances are going in the opposite direction, focussing on ever more gated and complex systems, that are powered by personal data, foregoing concerns over privacy in the process. The only alternatives, meanwhile, are focused on energy-intensive bureaucratic systems such as blockchain.

If that continues, then systems that truly empower and protect individuals will never exist. And we should, eventually, prepare for versions of what we’ve seen today in China the world over. 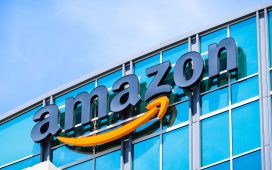 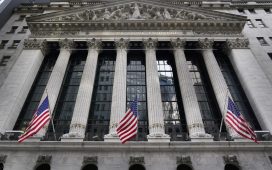 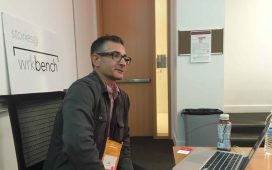 Greg Cangialosi is leading Olive Ventures, a studio building startups on the ‘internet of healthcare’ 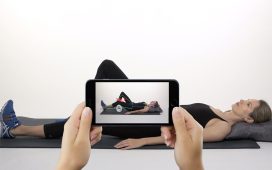