It is fitting that Anne Robinson now faces trial by social media. They deserve each other. Both have been known to thrive on cruelty and seek to inflame our worst prejudices. Both seemingly value spite over decency. And so, as Robinson is picked apart on Twitter, as all the horrible things she has said are dug up and passed around at arm’s length, you just think: well, it couldn’t have happened to a nicer person.

On Tuesday, it was announced that Robinson would take over from Nick Hewer as host of Countdown. It is a baffling decision. This gentle, mid-afternoon game show, best enjoyed with a cup of tea and a slice of battenberg, deserves better than Robinson’s vicious tongue and pursed lips. Richard Whiteley beamed through every episode, giddy on the joy of it all; Hewer won viewers over with his curmudgeonly charm; Robinson, by contrast, looks cold to the touch.

But Jo Street, head of daytime at Channel 4, was quick to tell us that she is “a huge fan of Anne and her quick wit”. And Enoch Powell was quite the orator, I suppose. Perhaps this is a good moment to examine that “quick wit”.

As presenter of The Weakest Link, another daytime game show, Robinson enjoyed humiliating contestants. It was her thing. A couple of examples of this have been dredged up and shared on social media. In one, Robinson asks a contestant called Ann what she does for a living. “I’m a single mum to three boys,” she replies. “So how many ASBOs?” says Robinson. There is a bit of confusion at this point but eventually, we get to the nub of it. “So are you doing benefits, are you?” pushes Robinson. And there we have it: the insidious corralling together of single mothers, benefits and crime. The Jeremy Kyle Show with some general knowledge thrown in.

In another, Robinson comments on the outfit worn by a contestant called Sarah. “Are you lesbian anyway?” “No, Anne.” “Oh, why are you dressed like a lesbian?”

Enough of the “quick wit”? No? Okay, one more then. Robinson also asked an 18-year-old gay contestant called Benjamin if he “liked girls” and, as the episode was recorded during the early stages of the coalition government, whether he had ever “formed a coalition”.

Now, you might argue that Robinson was playing some sort of pantomime villain on The Weakest Link. After all, it wouldn’t be the first time: she once wrote a vicious column in The Daily Mirror under the byline of “Wednesday Witch”. There are ways of doing this, though, which don’t involve playing on society’s worst instincts. Her catchphrase – “You are the weakest link. Goodbye” – was icy and brilliant. But by lasering in on the economic background or sexuality of the contestants, Robinson deliberately sought to create controversy out of vulnerability. She knew what subjects would provoke viewers and relentlessly pursued them.

Worst of all, The Weakest Link was shown in the afternoon when millions of children, just back from school, would be watching. For them to see Robinson mocking single mothers or gay people would be a green light to take those words back into the playground.

If you were feeling particularly generous, you might also argue that Robinson was just the mouthpiece for lines written by her producers. This is no doubt true, up to a point. But it assumes that the presenter – the biggest star on the show – has no autonomy. It’s unlikely to the point of impossibility that Robinson felt unable to say she was uncomfortable about the script.

It makes for particularly difficult viewing because of the power dynamics at play. Robinson, as host, had a more prominent platform than her contestants, who were often blindsided by her line of questioning. She has the verbal dexterity to trip them up. Her behaviour on The Weakest Link broke comedy’s fundamental rule: don’t punch down.

What does any of this have to do with Countdown? Robinson has already stated that she plans to “tone down the nastiness”. Fine, and that’s no bad thing. But her behaviour on The Weakest Link still matters because it shows how willing we are to reward people with abhorrent views. The nastier we are, the more “likes” we harvest; the more shocking our opinions, the more attention we get. This plays out on a smaller scale every day on social media. You won’t have to look hard to find thousands of variations of Robinson’s comments on Twitter.

By putting Robinson on Channel 4, as host of a long-running show close to the hearts of millions, the message is clear: prejudice is no barrier to success. 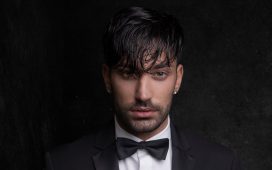 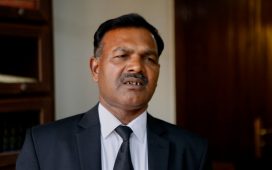 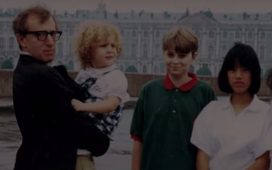