The specialized version of the operating system, called the Go Edition, includes rebuilt versions of Google’s services — including Gmail, Maps and YouTube — that are meant to be lightweight and consume less cellular data. Google first started releasing Go versions of Android in 2018. With this year’s offering, the company says apps will launch 20% faster than they did with last year’s Go software.

Subscribe to the CNET Now newsletter for our editors’ picks of the most important stories of the day.

The announcement follows the release of the tech giant’s Android 11 software earlier this week, the latest version of the company’s wildly popular operating system. Google’s mobile platform powers almost nine out of every 10 smartphones shipped globally.

For Google, reaching people in emerging markets is crucial to making sure its business can grow. The more people who have smartphones, the more they might use them to search for things on Google or watch a video on YouTube. That means Google gets more data to fuel its massive targeted advertising business, which is buttressed by the personal information of the company’s users.

Android Go’s software pays most attention to the way a phone uses data because most people on Go will likely be on prepaid plans. A data management screen in the phone’s quick settings tells you how much data you have left. A special version of the Play store highlights apps that work better with entry-level phones. For example, an app might be featured because it has a good offline mode.

This year’s version of the software runs on devices with 2 gigabytes of memory or less, an expansion from last year’s release, which only ran on phones with 1.5 gigabytes. The extra capacity is what allows apps to run faster, Google said.

This isn’t the first time Google has targeted emerging markets with its Android phones. In 2014, the company unveiled an initiative called Android One, partnering with handset makers in India and a handful of other countries to help guide manufacturers in building affordable phones. Google, however, evolved the program three years later to focus on security updates and include mid- and high-end smartphones.

READ  Zoom Video Conferencing Hit With Lawsuit Over Facebook Data Sharing; Other Security Issues Racking Up
Share on FacebookShare on TwitterShare on LinkedInShare on Reddit
techregisterSeptember 10, 2020 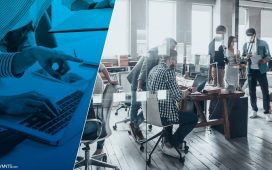 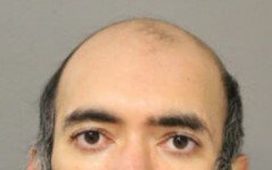 California man allegedly lived in airport for months because he was afraid to fly: report

Fears of ‘inside attack’ at Biden’s inauguration, defence officials warn 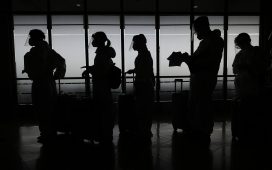 From Rollable Smartphone To Masks That Amplify Your Voice, The Most Innovative Gadgets From CES 2021

Parler returns, claiming ‘we will not let civil discourse perish!’

Outside the Box: Learning from Big Tech’s missteps is putting these startups on a stronger growth path

In conversation with Microsoft for Startups – News

Ireland is 13th most expensive place in the world to live