Techregister Logo
Techregister > Business > Entrepreneur > America’s unique brand of entrepreneurism is, and always has been, a source of hope for the future
Entrepreneur

America’s unique brand of entrepreneurism is, and always has been, a source of hope for the future


Many of us started the new decade with high hopes and renewed aspirations, and instead, this year delivered a devastating blow. For all the setbacks and losses we’ve experienced, a brighter future remains. We can still look forward to a thriving entrepreneurial environment and fruitful innovations that can continue to improve lives and open new opportunities and horizons.

From afar, the state of American entrepreneurialism seems like a Jackson Pollock painting — messy, disorganized and without a central intent or focus. In one slice of the country, there may be a new and flourishing entrepreneurial endeavor, and yet that same company and idea might be illegal in a different part of the country. America has one the of the highest startup failure rates across the globe, yet we produce the greatest share of the world’s “unicorn startups” — private companies that are deemed highly-valued and successful, such as Facebook, Amazon and Google.

A closer look at what may seem like a chaotic system reveals what is, in fact, a dynamic one, teeming with “laboratories of democracy.” States and localities compete with one another, experimenting with different rules and innovations. We should celebrate this system, which upholds the continued growth of American entrepreneurialism and hope for a better future.

For example, San Francisco’s zoning and land-use regulations have prevented the development of new buildings and have contributed to skyrocketing prices in residential and commercial properties, making it unaffordable for some to start businesses or to work in the area. This is especially true for technology startup founders who are typically paid with equity rather than a large salary. California is also the highest-taxed state in the country. And, in 2019, California passed a new law, Assembly Bill 5, which functionally banned many independent workers — those are who solo-entrepreneurs and in business for themselves — including digital platform workers, freelance musicians and writers.

READ  The Week in Tech: Business Is Booming Despite Backlash

But when California fails to get the rules right, the future of American entrepreneurialism does not fall apart. Instead, we see an exodus from California to more welcoming pastures in Texas, Nevada, Utah, Arizona or Colorado. This exodus was set into motion before the pandemic, too. From 2018 to 2019, 660 companies left San Francisco, and one of those was Charles Schwab, a Fortune 500 company, that set its sights on Dallas instead.

That’s the beauty and inherent hope of American federalism. When states and localities are allowed to set their own rules, they can experiment with various ideas, innovations and entrepreneurial ventures.

In recent years, ride-hailing companies such as Uber and Lyft have been the exemplars of this phenomenon. When some cities chose to ban them, ride-hailing innovation in the United States did not disappear. In fact, it flourished in other cities, and, once proven, spread from there. Imagine if ride-hailing rules were set at the national level like they are in Italy, which has banned UberX and Lyft.

Admittedly, this federalism can be both a blessing and curse. While it may allow for greater discoveries, it also can make it difficult for entrepreneurs to scale and grow. For example, Lemonade, a property and casualty insurance technology company, is required to jump through 50 different states’ rules and regulations in order to operate. That’s no easy task.

Nevertheless, it’s better to have a diverse patchwork of local and state regulations as a testing ground for different innovations and ideas. Rules set nationally would leave incredibly important and subjective judgments regarding the future American innovation to one decision-making body — and, what if they get it wrong?

READ  Working remotely can be a tech challenge: Here are some tips - AZCentral

Self-driving cars, for example, have been controversial around the globe and some countries have committed to banning them. But in the United States, when some states closed the roads to testing self-driving, others embraced what may turn out to be a world-changing innovation that makes millions of people better off.

But good political institutions cannot act alone. American culture encourages entrepreneurship. We view failure as an opportunity for learning and growth. This aspect stood out to me when I interviewed over 100 startup founders as part of a John Templeton Foundation research grant. Indeed, entrepreneur literature is ripe with examples of successful individuals — think Steve Jobs — who have embraced failure as an opportunity for growth. Interestingly, this attitude is one reason Israel has become an entrepreneurial haven — often referred to as “Startup Nation” — with the largest number of startups per capita in the world.

The Global Entrepreneurship Monitor, in fact, assesses a country’s attitude toward “fear of failure” as it’s deemed one of the factors that can discourage potential entrepreneurs. In the 2019 report, GEM details that confidence in the ability to start a new business was lowest in Japan, which also had one of the lowest startup rates that year.

Often those who pursue entrepreneurial endeavours won’t have all of the right answers up front, but they’ll discover them along the way. For that process to unfold, we need institutions that encourage experimentation and a culture that is open to seeing failure as an opportunity to learn.

American’s future — our path forward — should continue to celebrate and strengthen those aspects of American institutions and culture that allow for discovery and entrepreneurship, and that give rise to hope.

Liya Palagashvili is a senior research fellow with the Mercatus Center at George Mason University whose research interests include entrepreneurship, regulation and the gig economy. 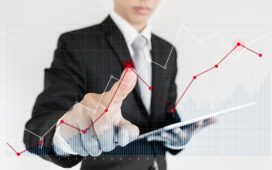 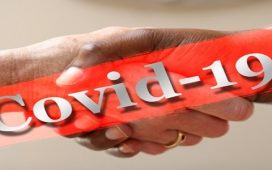 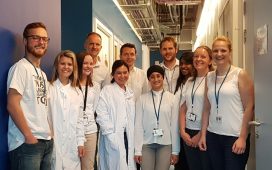 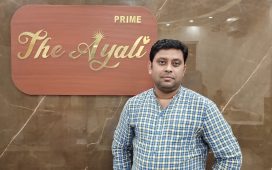