US businesses operating in the Republic oppose any moves to increase personal taxes over the Government’s remaining term, a leading lobby group says.

The American Chamber of Commerce Ireland, which represents multinationals employing 180,000 workers in the State, has given its pre-budget submission to Minister for Finance Paschal Donohoe.

Its members are seeking a commitment that the Government not increase personal taxes for the rest of its term while moving to cut this burden to bring it in line with international standards.

The submission, Next Century Ireland, says that almost 40 per cent of multinational managers in the Republic highlight personal tax as a barrier to growth.

People have an increasing choice of countries in which to live and work, says the chamber, a trend its submission notes the pandemic accelerated.

“The combination of income tax, universal social charge and employee PRSI results in a high marginal tax burden that impacts us by international standards, leading to a low level of overall income,” the submission argues.

US multinationals made their call as the Government began consultations on the Organisation for Economic Co-operation and Development’s push for a global minimum 15 per cent tax on corporate profits.

The Government says it remains committed to the organisation’s process, “and aims to find an outcome that Ireland can support”, but Mr Donohoe said he would stand over the Republic’s 12.5 per cent corporate tax rate, seen as key to luring multinational investment here.

Next Century Ireland also calls on the Government to expand the fields that qualify for the research and development tax credit to include artificial intelligence, data analytics, digitalisation and carbon neutral technologies.

Multinationals want the immigration, visa and permit-processing systems fully digitalised to ensure the Republic’s welcome for “mobile talent is evident from the first point of contact”.

The chamber is also calling for the Attorney General’s review of the planning system to get adequate resources in Budget 2022.

“This review should include benchmarking of best practice in similar open economies that depend on continued inward investment,” its submission says.

Members suggest that the review should look at digitalising the planning process, the skills needed by councils and planning authorities, the appeals and review process and whether current geographical boundaries are appropriate.

The submission states that multinational managers are not seeking guaranteed outcomes from the planning process, but do want “a guaranteed process and timeline”. 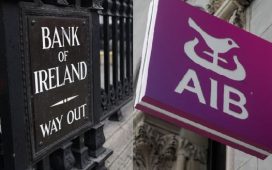